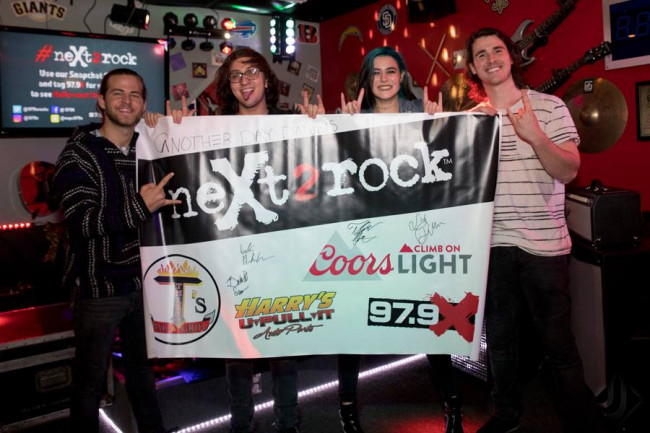 Cumulus Media and Hazleton radio station 97.9X have announced the names of the five rock artists selected as finalists in neXt2rock, a one-of-a-kind national grassroots talent search and artist development program for rock music. Another Day Dawns from Lehighton has been chosen to represent the Wilkes-Barre/Scranton area as one of the five neXt2rock national finalists.

After winning a competition at Thirst T’s Bar & Grill in Olyphant on Nov. 17 featuring judges Chris Motionless, frontman of Scranton metal band Motionless In White, and John Phillips, a former local musician and tour manager for Breaking Benjamin, Another Day Dawns will perform at the neXt2rock 2017 finale event at the famed Viper Room in Los Angeles, California on Tuesday, Dec. 12. The finale event will be streamed live at next2rock.com starting at 11:30 p.m. Music personality and longtime radio and TV host Matt Pinfield will host the evening’s festivities.

“This is a huge deal for 97.9X! The on-air staff and our promotions team has done a great job executing neXt2rock, and we couldn’t be more proud to have Another Day Dawns representing us. We can’t wait for them to come back home as the neXt2rock winner!” Chris Kenney, market manager of Cumulus Media Wilkes-Barre, said.

“The artists who entered this year’s neXt2rock competition are incredibly talented. Given this type of talent, we are extremely excited for the future of rock music. Any one of these artists could win, and any one of these artists could be the next rock superstar – that’s what this competition is all about!” Mike McVay, executive vice president of content and programming for Cumulus Media and Westwood One, said.

The winner of this four-month-long experience will receive a record deal with Big Machine/John Varvatos Records, as well as substantial exposure, commensurate with a major label release, on Cumulus radio stations nationwide.

NeXt2rock 2017 is Cumulus Media’s second installment of its “Next” franchise, which was launched in 2015 with NASH Next, the successful country version of the competition. While television boasts several talent competitions, the “Next” franchise platform is the first radio broadcaster to offer its winners coveted radio play, which they say is the most effective medium to cultivate an artist and propel a major music career.

Across radio, one out of every three (33 percent) Americans listens to rock music weekly. The rising popularity of the rock genre can be attributed to a younger audience coming to the format, with millennials making up more than 30 percent of weekly listeners, according to the Nielsen Audio Fall 2016 report.

Cumulus reaches over 245 million listeners weekly and is home to some of radio’s most iconic rock stations, including KLOS, KQRS, WLUP, KATT, WGRF and KSAN, all of which were recently included in Radio Ink’s list of the “Greatest AOR Stations of All Time.”

NeXt2rock 2017 is sponsored nationally by Tile, the world’s bestselling Bluetooth tracker, and locally by Thirst T’s. 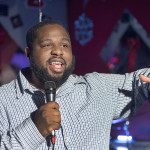