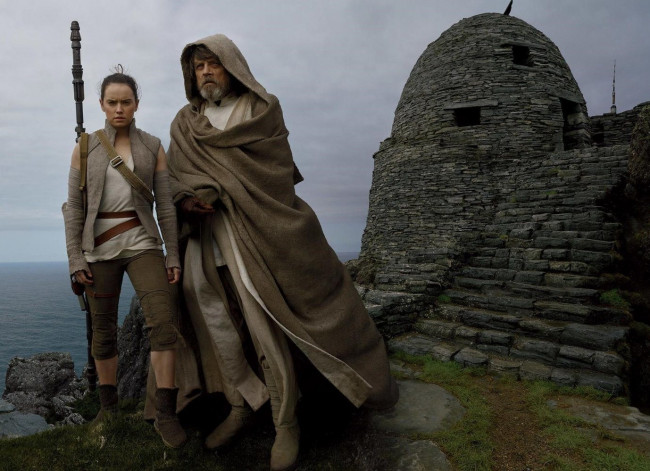 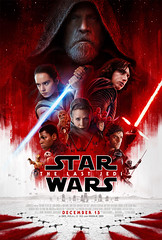 One line that sticks out from the “Star Wars: The Last Jedi” trailer is Luke Skywalker warning Rey, “This is not going to go the way you think!” After seeing the film on opening night, he could have just as easily been telling the audience the same thing.

The first installment in the “Star Wars” saga came out in 1977, so with nine movies and counting, plus books, comics, video games, and animated movies and television shows, the conventions of a “Star Wars” story have been largely established. While last year’s “Rogue One: A Star Wars Story” was different from the other films as a standalone tale with characters we are unlikely to see again, it still had to fit within the continuity of “Revenge of the Sith” and “A New Hope,” so it could only end one way. “The Force Awakens” kickstarted a new trilogy in 2015 by relying on nostalgia in both its plot and returning characters from the original three movies, introducing some new elements but largely sticking to an enjoyable yet predictable structure. “The Last Jedi” seeks to end that in the same way that Luke hopes the Jedi will end.

Picking up right after the events in “The Force Awakens,” the story sees the heroes from the last movie split up on different adventures, much like “The Empire Strikes Back,” but that’s where the similarities largely end, aside from some training sequences. The First Order is hot on the heels of what’s left of the Resistance, and pilot Poe Dameron (Oscar Isaac), who is on a ship with General Leia Organa (Carrie Fisher in her final starring role), is growing impatient with the leadership above him as the enemy closes in, so former Stormtrooper-turned-reluctant-hero Finn (John Boyega) and a maintenance worker named Rose Tico (Kelly Marie Tran) embark on a covert mission to help. Meanwhile, Rey (Daisy Ridley) is trying to convince a surly and reluctant Luke (Mark Hamill) to train her in the ways of the Jedi or at the very least guide her to some of the answers she has been seeking about her past and her future role in this intergalactic war.

The conflicted Kylo Ren (Adam Driver) is still recovering from his wounds after his last showdown with Rey, but he wants to meet her again, and Supreme Leader Snoke (Andy Serkis) is eager to make that happen. Many of these plotlines, when described generally to avoid spoilers, sound very familiar to any “Star Wars” fan, and writer/director Rian Johnson leads you to believe that they will play out in much the same way they did in other movies decades before, but that’s what makes “The Last Jedi” great – they don’t.

There are diehard fans already lamenting this fact, complaining that many of the obvious threads set up in “The Force Awakens” have been squandered, but Johnson isn’t “trolling” here – he’s paving the way for innovation in a series that was in serious danger of repeating itself yet again. While delivering great action sequences, fight scenes, space battles, and special effects as expected, he defies the conventions laid out by previous sequels and prequels by introducing new ideas and laughing in the face of tired clichés. If you felt that “The Force Awakens” played it too safe, you should be thrilled and genuinely surprised by what Johnson accomplishes here. The acting is largely great too, particularly the subtleties of Fisher and Hamill’s performances and Driver’s mesmerizing struggle.

That’s not to say that this is a perfect film or better than “The Empire Strikes Back,” which is considered the “Star Wars” gold standard – there are some pacing issues in the middle, and some sequences feel unnecessary or bogged down by extra CGI characters that recall the overstuffed blunders of the prequels. Overall, though, these moments pass quickly and are overshadowed by beautiful direction, striking set pieces, and new themes and messages that weren’t previously expressed in other “Star Wars” movies. Aside from some odd moments and a few jokes and one-liners that could have landed better, it’s one of the best films in the franchise, but that title will not come easily as people acclimate to this new direction, as if they’ve suddenly been pulled out of hyperspace during a routine jump.

This will be a divisive installment in the franchise that will split fans, critics, and casual moviegoers with its bold choices, but it needs to be given a fair chance to shine. Though Johnson won’t be directing the final film in this trilogy, he will be helming his own in the coming years, so if “Episode VIII” is any indication of what he may do with new character not tied to any established mythology, we should all be on board with someone who isn’t going to just pump out another familiar and forgettable blockbuster. While “The Force Awakens” is much better than it’s given credit for, J.J. Abrams has his work cut out for him as he follows “The Last Jedi” up with the currently untitled “Episode IX.” If it doesn’t continue this trend of dropping jaws and defying expectations, “Star Wars” runs the risk of becoming another burned out former master who once accomplished great things but now is a shell of his former self. Let’s hope Johnson has taught you well, Abrams.