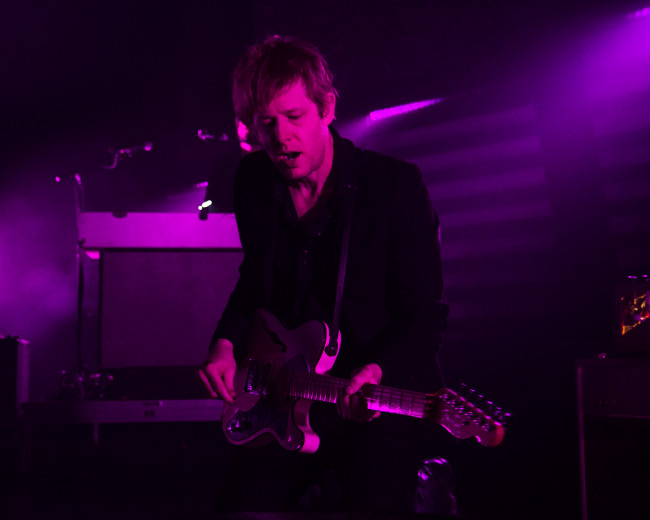 “Controlled chaos” are the two words that best describe Spoon’s whirlwind performance at the Sherman Theater in Stroudsburg on Sunday, Dec. 3.

From the moment opener White Reaper ended their set, a single note soaked in white noise rang out for 20 minutes until the stage went black and keyboardist Alex Fischel broke into “Do I Have to Talk You Into It.” The rest joined to screams and applause that were nearly drowned out by the sheer volume of the band. Singer/guitarist Britt Daniel’s showmanship – dancing, falling to the stage, and doing pushups on the edge of the stage – was thrown off quickly, as he was genuinely taken aback seeing an old friend in the crowd. “Stephanie Black! What are you doing up here? You’re from Texas!” he exclaimed. “There is a line about her in one of our old songs!”

The band continued with a career-spanning set which could not be described as loose, but they were certainly having fun and taking nothing too seriously as Daniel and Fischel openly laughed at each other’s mistakes, hiding nothing from the fans who happily sang along to favorites like “The Beast and Dragon, Adored,” “Don’t You Evah,” and “I Ain’t the One.”

Strobe lights broke the single colors that illuminated each song as the band jammed more than you would expect of an indie rock dance band, with Daniel seemingly working guitar feedback into the grooves, though he was visibly annoyed by the sound issue.

The already high energy in the room went next level as the set wound down (or up?) with rockers “The Underdog” and “Got Nuffin’,” which then melted into a spacey jam on “Pink Up.”

Spoon returned from the encore break with an obscure cover by an obscure band – “Lowdown” by English new wavers Wire – that left many in attendance scratching their heads over what they were hearing. The audience snapped right back as the band broke into “Small Stakes” from their seminal album “Kill the Moonlight.”

White noise and feedback still in tow, Spoon sent the crowd reeling with the dance funk of “I Turn My Camera On” and a pulsating “Rent I Pay.” All of a sudden, with Daniel flashing a peace sign, this show that seemed to hang on the edge of disaster all night ended. Was the danger real or just an act? It was hard to tell, but it was certainly exhilarating.

Do I Have to Talk You Into It
Inside Out
Hot Thoughts
The Beast and Dragon, Adored
Don’t You Evah
Do You
Via Kannela
I Ain’t the One
Anything You Want
Can I Sit Next 2U
My Mathematical Mind
Don’t Make Me a Target
The Underdog
Got Nuffin’
Pink Up 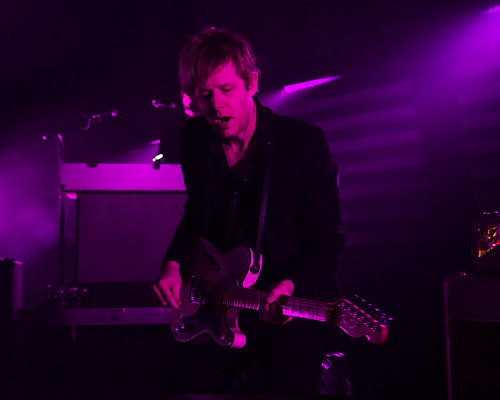 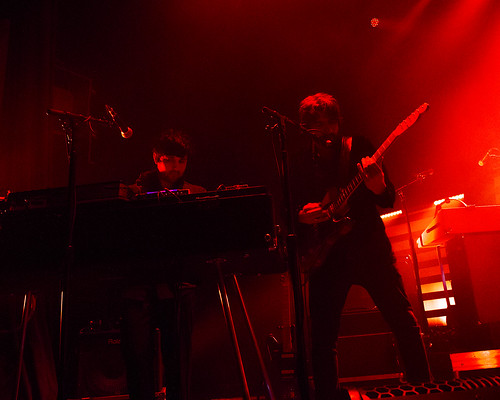 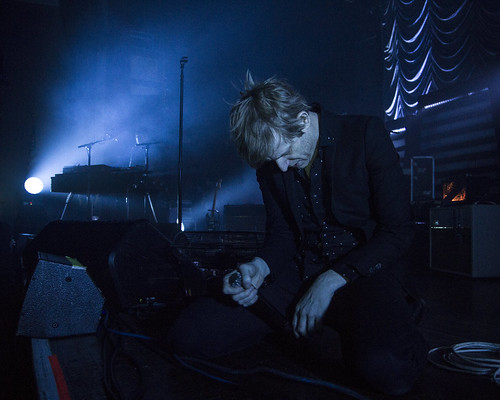 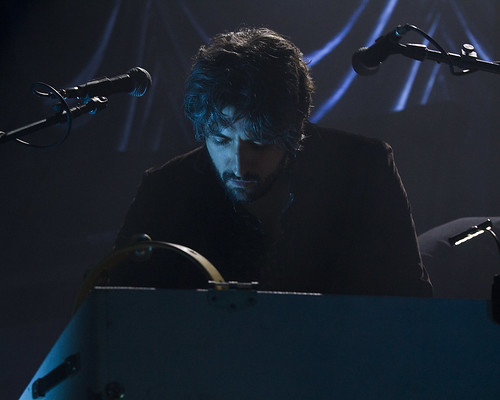 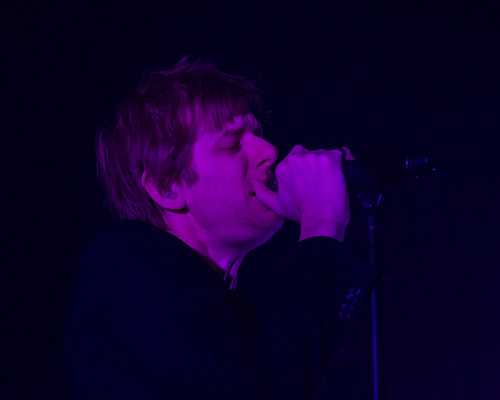 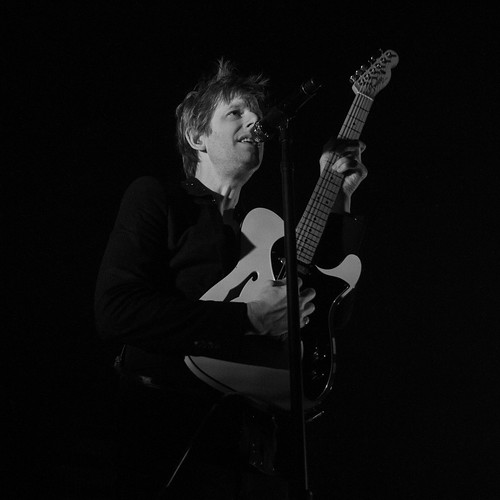 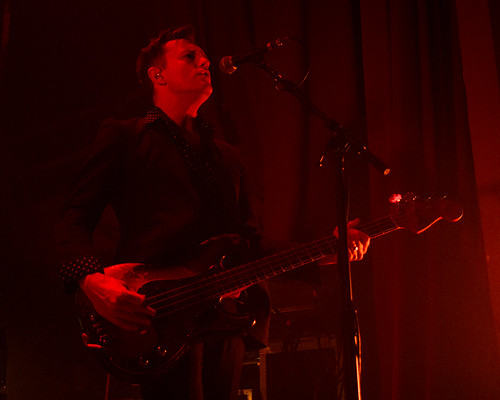 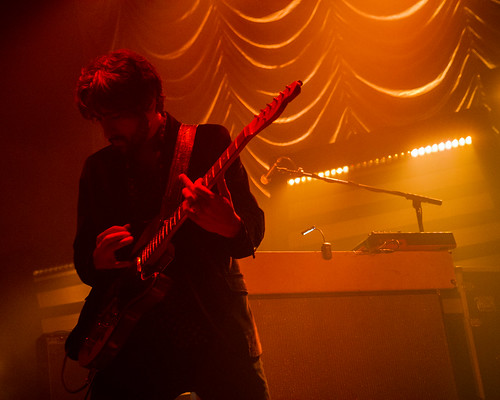 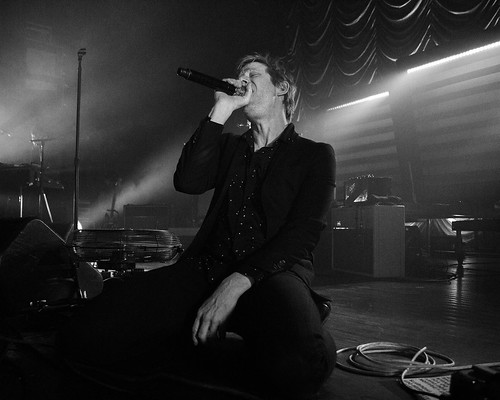 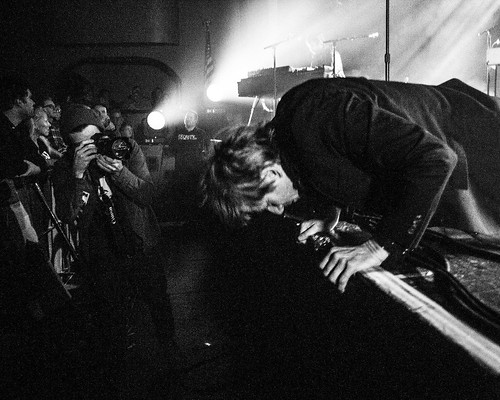 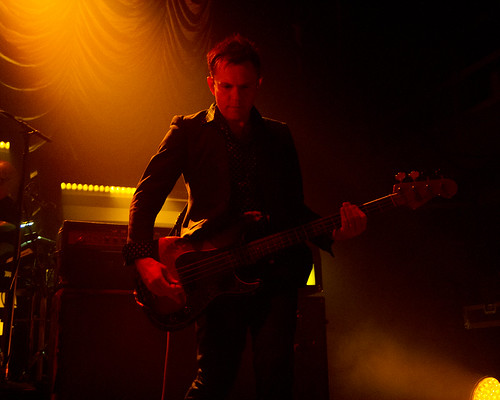 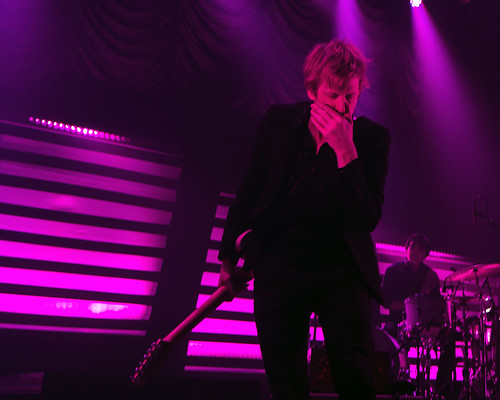 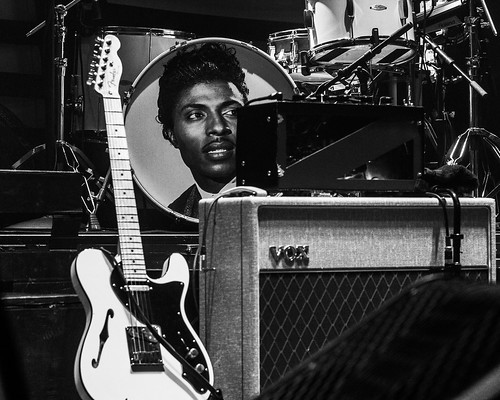 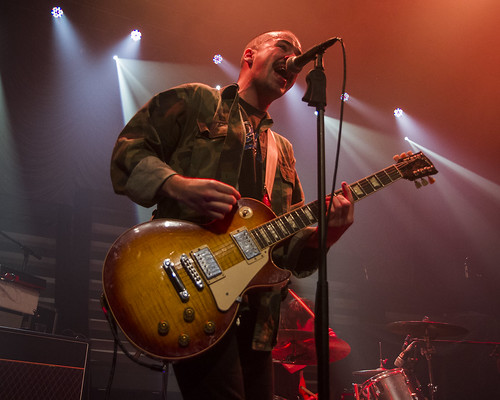 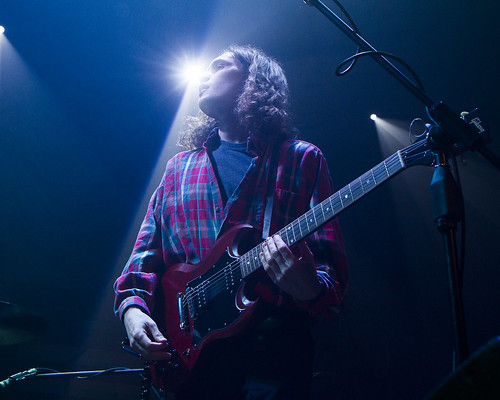 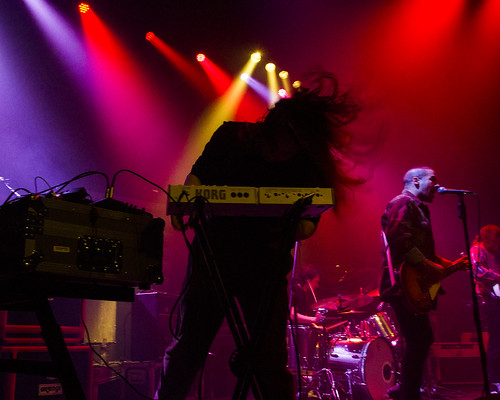 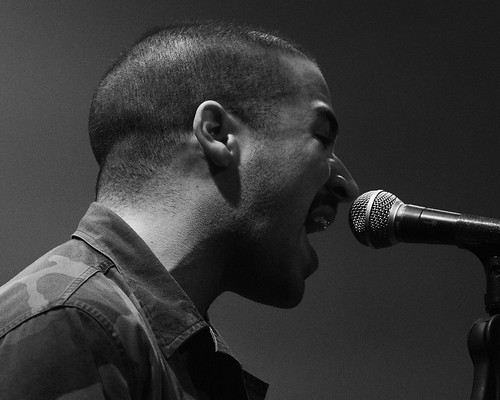