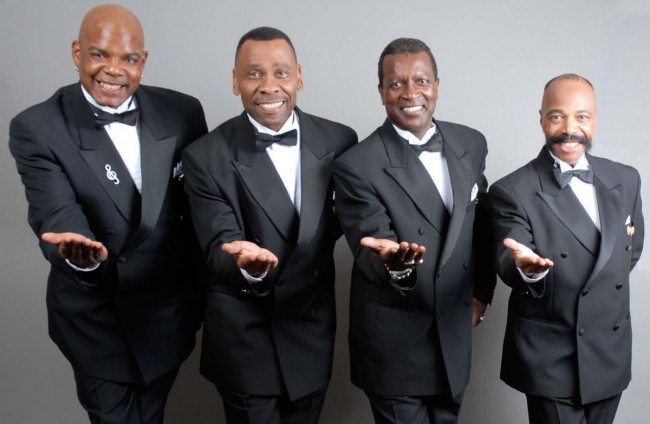 The Drifters, one of rock and roll’s founding vocal groups, are once again touring the United States under the auspices of their original management team, and they’re stopping at the F.M. Kirby Center in Wilkes-Barre on Saturday, April 14 at 7:30 p.m.

From their inception in the early 1950s and up until recently, The Drifters have a symbiotic relationship with rock and roll legend George Treadwell, who discovered and managed such famous artists as Dinah Washington, Sarah Vaughn, and Nina Simone. The Treadwell family was there when the original Drifters formed and was responsible for guiding their career through 20 years of uninterrupted hits that has made them the second most successful recording artist of all time, according to Billboard magazine.

Through a historical journey, which includes no less than five legendary lead singers, including Rock and Roll Hall of Famers Clyde McPhatter and Ben E. King, the group’s ongoing story has covered the entire spectrum of rock and roll. They were the first musical group to include string instruments into rhythm and blues music with their hauntingly beautiful song “There Goes My Baby.” They were the first musical group to sell two million records with their pop classic “Up on the Roof.” They were the first African American vocal group to be inducted into the Rock and Roll Hall of Fame. Along with fellow inductees The Rolling Stones, The Beatles, Bob Dylan, and The Supremes, The Drifters were in the first class of rock and roll legends to be initiated into the Hall of Fame. Their classic tune “Under the Boardwalk” is the most played R&B record of all time. 20 other million-sellers followed.

Their songs have been penned by such historic songwriters as Jerry Leiber and Mike Stoller, Carol King, Jerry Goffen, and Phil Spector. They have performed at the White House on three different occasions; a benefit concert in Berlin the day the wall fell; for the Pope, the Queen of England, Nelson Mandella; and toured the world for the USO in three different war zones, from Korea to Iraq. And behind it all was George Treadwell and his family, guiding the career of this historic group.

Once again the Treadwell family will be coming out of retirement to put together a historic reunion as The Drifters return to their roots with their latest American tour. It has been a while since the group toured the country, but they are gearing up for a monumental celebration of their 50-year catalog, which includes great titles such as “On Broadway,” “There Goes My Baby,” “This Magic Moment,” “Under The Boardwalk,” “Some Kind of Wonderful,” “Stand by Me,” and “Save the Last Dance for Me.” 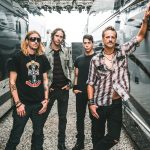