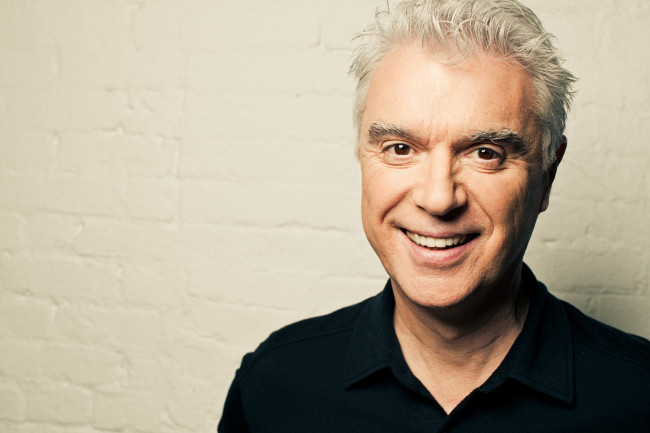 It was announced today that David Byrne, the singer, songwriter, and driving force behind the iconic new wave/punk group Talking Heads, will bring his solo tour to the F.M. Kirby Center in Wilkes-Barre on Sunday, March 4, 2018 at 7:30 p.m.

As the group’s principle singer and songwriter, Byrne led Talking Heads for more than three decades. Best known for hits such as “Psycho Killer,” “Burning Down the House,” “Once in a Lifetime,” “And She Was,” and many more, the Talking Heads were inducted into the Rock and Roll Hall of Fame in 2002.

An artist of many kinds, Byrne has published and exhibited visual art for more than a decade. Recent works include “Joan of Arc: Into the Fire,” a theatrical exploration of the historical heroine which premiered at The Public Theater in New York this year; “The Institute Presents: NEUROSOCIETY,” a series of interactive environments created in conjunction with PACE Arts + Technology that question human perception and bias (2016); “Contemporary Color,” an event inspired by the American folk tradition of color guard and performed at Brooklyn’s Barclays Center and Toronto’s Air Canada Centre (2015); “Here Lies Love,” a 22-song theatrical production about the life of Imelda Marcos, authored in collaboration with Fatboy Slim and premiered at The Public Theater in New York (2013), then traveled to London’s National Theater for a sold-out run (2014-2015) and was remounted at the Seattle Repertory Theater (2017); “Love This Giant,” a studio album and worldwide tour created with St. Vincent (2012); and “How Music Works,” a book about the history, experience, and social aspects of music (2012).