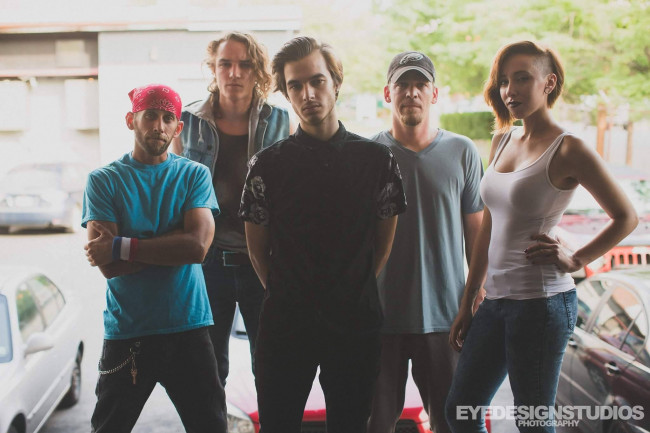 Just a few days before their Saturday night show at The V-Spot in Scranton, alternative rock party band LondonForce has announced that it will be their last.

Anyone who has gone out to dance to live music on a Friday or Saturday night in Northeastern Pennsylvania is familiar with the popular local group, and current singers Shannon Walling and Angelo Maruzzelli often perform together as an acoustic duo around the area. LondonForce was formed in 2011 by Tunkhannock musicians Angelo and Chris Maruzzelli with original members Eric Holgate, Thom Kotch, and Grant TerBush and, although they’ve undergone several lineup changes over the years, they’ve been a staple of bars, restaurants, casinos, festivals, and special events in NEPA because of their universal appeal and obvious talent.

Currently featuring Walling, Angelo Maruzzelli, Michael Wintermute, Ethan Davis, and Chris Langan, the band covers everything from Muse to Cage the Elephant to Skrillex to Paramore to Foo Fighters to Dave Matthews to MGMT.

The breakup announcement was made on Facebook on Monday, Dec. 11:

We have been so incredibly lucky and proud to enjoy music for over five years with what feels like countless amounts of beautiful people. Appreciation hardly describes the overwhelming feelings that fill every one of us who have played in the band over the years. From the bottoms of our hearts we thank EVERY SINGLE person who has given our band life. If you are reading this, you have given our band life. Thank you so much for sharing a piece of yourself and always allowing us to do the same. It is through you that we have had the ability/reality to have this experience together and that is an honor. We are happy. Thankful. Happy. We have one date left this year, and we are profoundly happy to say we plan for it to be our last one for a while. Life and love are good in LondonForce, and we are ready. We will continue sharing music and love with you. We are ready to grow. Thank you for being a part of this with us. ❤️

This Saturday, Dec. 16 at 9:45 p.m. will be their final performance, appropriately at The V-Spot (906 Providence Rd., Scranton), a regular stop for the group where they joined Behind the Grey on stage for a special tribute to Jane Train at the 2017 Steamtown Music Awards in September. This will not be the last anyone hears from these musicians individually, however.

Angelo Maruzzelli formed a new original alternative rock band The Boneflowers, which debuted at the 2016 Steamtown Music Awards, and Michael Wintermute started his own rock band, King Kidding, the same year; he also plays bass in Wilkes-Barre power trio Three Imaginary Boys. Langan is the drummer for Jermyn country singer Dani-elle, Scranton solo bassist Grant Williams, and many other local groups, as he explained on the NEPA Scene Podcast in July. The other members are sure to continue on to other projects as well. 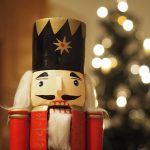 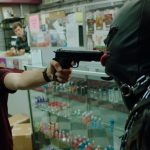