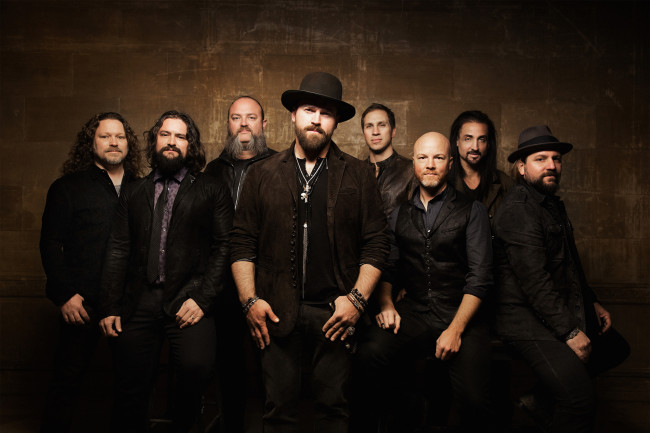 It was announced today that the three-time Grammy Award winners and multi-platinum-selling country rockers in the Zac Brown Band will return to Hersheypark Stadium on their Down the Rabbit Hole Live tour on Friday, June 22 at 7 p.m.

“‘Down the Rabbit Hole Live’ is a reference to the never-ending pursuit of excellence,” says vocalist/guitarist Zac Brown. “This summer, we’ll bring the fans along that journey with us.”

The Zac Brown Band played to more than a million fans in 2017 and over five million fans in the last five years. Sold-out stadium shows at Denver’s Coors Field and Chicago’s Wrigley Field anchored last year’s tour, which Billboard described as an “epic 2017 show run.”

Hit single “My Old Man” is up for Best Country Duo/Group Performance at the 60th annual Grammy Awards, to be handed out on Jan. 28 in New York City. The nomination is the ninth for the group’s members to go with three Grammy wins.

While in New York for the Grammys, the Zac Brown Band will perform at the 2018 MusiCares Person of the Year tribute concert honoring Fleetwood Mac on Jan. 26 at Radio City Music Hall. Other performers at the event benefiting MusiCares and its safety net of health and human services programs will include Alison Krauss, Brandi Carlile, HAIM, Harry Styles, John Legend, Juanes, Keith Urban, Little Big Town, Lorde, Miley Cyrus, and OneRepublic.

“It Goes On,” a new song from Zac Brown/Sir Rosevelt via Elektra, appears in “12 Strong,” the new war drama starring Chris Hemsworth and Michael Shannon. The track will be available digitally Jan. 16. “12 Strong,” a story of heroism based on true events that unfolded in the aftermath of 9/11, is in theaters on Jan. 19.

The band returned to their roots when they released their latest album, “Welcome Home,” last year, the follow-up to the platinum-certified “Jekyll + Hyde.” It debuted at No. 2 on the Billboard 200 and No. 1 on the Top Country Albums chart.

The wristband policy will be in effect for this concert. Fans are permitted on the Hersheypark Entertainment Complex property beginning at 7 a.m. on Jan. 19. Two hours prior to the on-sale, fans will be directed in front of the Hersheypark Stadium box office, where they will be issued a numbered wristband. Wristbands are available for one hour and, at the conclusion of that hour, a selected fan will randomly choose a wristband that will determine the line order. Once the line is in place, fans arriving after the wristbands were issued will be escorted to the end of the numbered line.