After conflicting messages were posted on Facebook yesterday by the Iron Horse Movie Bistro and the adjacent Marketplace at Steamtown in downtown Scranton, the owner of both businesses, John Basalyga, clarified that Iron Horse will be temporarily closed while he seeks a new management company to run the movie theater.

At midnight on Saturday, the Iron Horse Movie Bistro announced suddenly on Facebook that it would be closing its doors after less than a year in business, thanking customers for their patronage, apologizing for any inconvenience, and offering full reimbursement to anyone with gift cards or Super Saver tickets. The Iron Horse website was also taken down.

Less than 12 hours later, the Marketplace at Steamtown posted a response on its Facebook page: “As you may have seen already, the Iron Horse Movie Bistro is temporarily closed. We will be back soon, and better than ever! Stay tuned for our updates!”

Today, Basalyga explained in a statement that the Marketplace’s business relationship with Phoenix Theatres Entertainment in Knoxville, Tennessee has ended and that he will be seeking a new management company to replace them. The theater will reopen once a new deal is in place and the liquor license is transferred over.

“We believe that new management of the theater will do a better job of appealing to the Scranton market than has been the case so far,” Basalyga said in the statement.

After posting yesterday’s story on the theater’s sudden closure, it’s clear that many locals commenting on the article on Facebook agree that Phoenix wasn’t appealing to Scranton moviegoers in the nine months it was in operation. Common complaints include high prices for mediocre food and alcoholic beverages, poor service, and a lack of advertising and outreach to the community, which were all echoed in comments on the Marketplace’s Facebook page. The feedback wasn’t all negative, however – many people said they enjoyed the intimate, newly renovated theaters, the plush reclining seats, and low ticket prices, hoping that it will all return sooner rather than later.

With full service of food and alcohol to patrons sitting in electronic reclining seats, the “luxury movie theater” opened across from the Marketplace at Steamtown on April 28, 2017 after renovating the previous Marquee Cinemas that had closed in that location years before. Allowing moviegoers to choose their seats in advance, Iron Horse was packed during its opening weekend and received positive reviews but seemed to have trouble maintaining those crowds, offering new releases, $5 movies all day on Tuesdays, special screenings of classic films, a rewards club, and special events like the NEPA Horror Film Festival during its run.

While the changing habits of consumers and the convenience of streaming media are hurting theater attendance nationwide, Iron Horse (301 Lackawanna Ave., Scranton) also faced stiff competition from the beginning with the Regal Dickson City Stadium 14 & IMAX in Dickson City less than six miles away and the long-established Cinemark 20 in Moosic just seven miles away. Cinemark and Regal also renovated their theaters to include reclining seats and added the ability to choose your own seats in response to the opening of Iron Horse, leaving Iron Horse without much of an edge over them, though it was the only theater serving alcohol.

The new Scranton Public Market at the Marketplace at Steamtown across the street is nearing completion, but there are very few stores currently open in the former mall to attract customers downtown. Iron Horse validated parking in its adjacent garage, and those without transportation could easily walk or take a bus there, but the competing theaters have large parking lots and plenty of nearby stores, shopping centers, and restaurants to attract consumers and keep them busy, giving them another advantage. 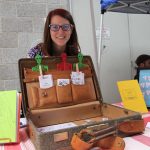 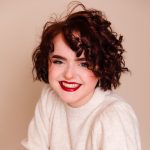