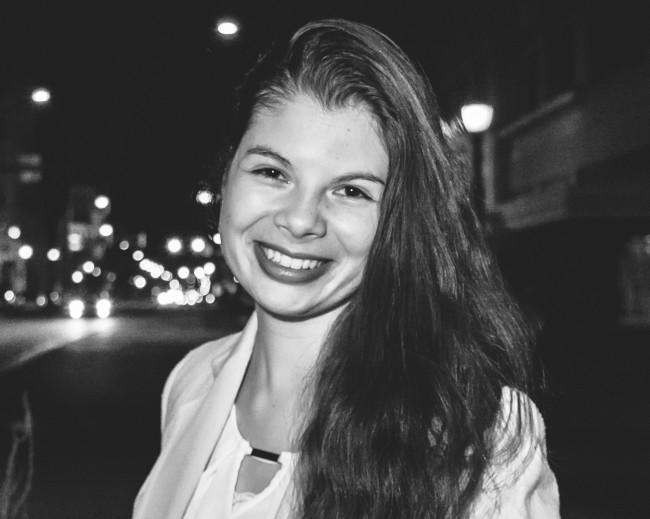 Scranton author Laurel Radzieski will celebrate the release of her debut poetry collection, “Red Mother,” with a book launch and reading at the AfA Gallery in downtown Scranton on Friday, Feb. 16 at 7 p.m.

The AFA Gallery (514 Lackawanna Ave., Scranton) will host the free event with light refreshments. Radzieski will be selling, signing, and reading from her new book, and 10 percent of all book sales will be donated to the Breaking Ground Poets, a local youth poetry group based in Tunkhannock.

“Red Mother” will be released by NYQ Books on Wednesday, Feb. 14, and the book is now available for pre-order online at Barnes & Noble and Amazon.

In “Red Mother,” Laurel Radzieski weaves a love story told from the perspective of a parasite. This series of short poems explores the intimacy, desire, and devotion we all experience by following the sometimes tender, often distressing relationship that emerges between a parasite and its host. Radzieski’s poetry is playful, though often with sinister undertones. Far from romanticizing either role, the book takes readers on a tour of their own innards, exposing the hooks and claws of all involved. Following the parasite’s life cycle, the book blurs the line between science and poetic license to create a fantastical romp not for the squeamish. Although parasites are not known as conversationalists, Radzieski’s guest has a lot to say.

Radzieski began writing “Red Mother” in 2015 when she was a writer-in-residence at the Wormfarm Institute, a nonprofit arts organization in Reedsburg, Wisconsin. Spending four months living in a barn and working on an organic farm gave her the time to write and the inspiration to get the project going.

A lifelong resident of Northeastern Pennsylvania, she earned her BA at Keystone College and her MFA at Goddard College. Radzieski has served as a teacher, director, stage manager, actor, theatrical designer, and playwright, and she has presented poetry installations at First Night Scranton and Farm Aid 30’s HOMEGROWN Village in Chicago. She currently lives with her husband in Scranton.