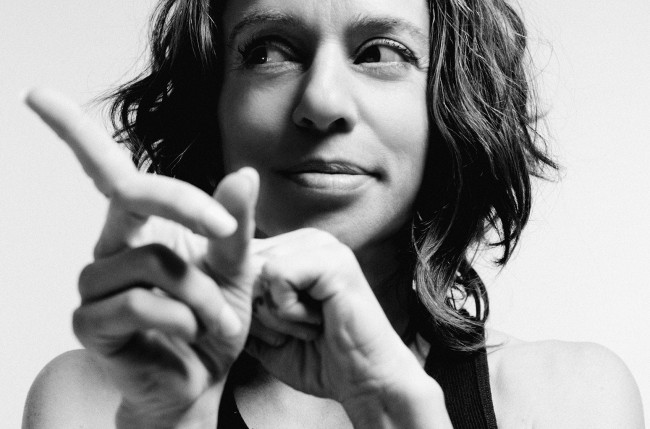 It was announced today that singer, songwriter, poet, and feminist icon Ani DiFranco will return to the F.M. Kirby Center in Wilkes-Barre on Friday, May 11 at 8 p.m. with special guests Gracie and Rachel.

One of the first artists to create her own label in 1990, Ani DiFranco has been recognized among the feminist pantheon for her entrepreneurship, social activism, and outspoken political lyrics. At a time of global chaos and confusion, DiFranco is kicking ass and taking names with a set of songs offering a wide range of perspective and musical scope.

With her 20th studio album, “Binary,” the iconic singer, songwriter, activist, poet, and DIY trendsetter returns to territory that brought her to the world’s attention more than 25 years ago.

“My last record was very inward-looking,” says DiFranco. “I was pregnant and then raising a screaming infant. But now that kid is about to turn 4, so I got out of the weeds of personal space and started looking outward again, being more engaged, more big ‘P’ Political. As an artist, I like to be out in the world, and what initially compelled me was to try to push society to a better place. So when I’m not in heartbreak or motherhood mode, that’s where you’ll naturally find me.”

For the better part of 2016, DiFranco beat the drum for voter turnout on her Vote Dammit! Tour, focusing on registering and inspiring people to vote. In the days following the election, fans turned to her for guidance with renewed earnestness, anxious to hear music and wisdom from the longtime activist.

DiFranco encouraged fans to take political action and did the same herself, participating in the Women’s March on Washington and performing at the official Women’s March after-party benefiting Planned Parenthood with The National and Sleater-Kinney.

She notes that Binary’s title track is key to her intention on this project. “I always title a record from the song that seems to be at its core,” she says.

“An underlying theme in the songs, and in the feminism I want to engage society with, is the idea that autonomy is a fallacy – nothing exists except in relationship to something else. We are, in some senses, individuals with individual liberties and unique powers, but that’s only a surface story.”

“Binary,” of course, was released into a world in which music distribution and consumption have transformed rapidly and dramatically. For DiFranco, a true pioneer in the music industry with her Righteous Babe label, it’s a time to reconsider the possibilities and ambitions of her business.

“While I was precedent-setting at one time with Righteous Babe and my indie crusade, I feel like, in the time it took me to nurse another baby into being, I’ve fallen behind,” she says.

“The universe and technology have continued to evolve, and the idea of harnessing technology and crowd-sourcing everything – money, knowledge, revolution – is a very powerful concept that I’m ready to get more involved with. Righteous Babe is starting to grow now into something that will hopefully become avant-garde once again – more of a collective, more dynamic.

“I’m trying to figure it out daily,” she concludes. “Just like always.”

Gracie and Rachel are a study in duality: light and dark, classical training with a pop sensibility, Californians in New York. On their debut full-length album, Gracie and Rachel pit anxiety and tension against an almost serene self-assurance. The self-titled record quickly won the hearts of NPR fans who voted them to No. 4 on NPR’s Your Favorite New Artist, with Bob Boilen describing as having “a terrific tension in the sound, an underpinning of mystery set against a baroque, but modern pop foreground.”

Gracie and Rachel have since recorded an NPR Tiny Desk Concert and were named to NPR’s 100 Best Songs of 2017, Bob Boilen’s Top 10 Albums of 2017, and Slingshot 2018, public radio’s artist incubator program for exceptional emerging artists. 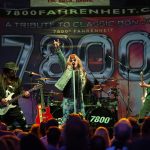