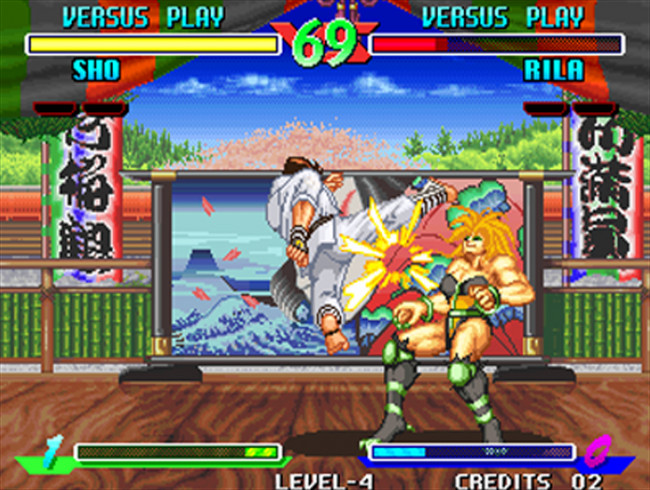 The 1990s arcade scene was largely ruled by beat ‘em ups and fighting games, the latter building some of gaming’s most prominent franchises in the genre. But, as with all genres, there are those that are overlooked, dubbed pretenders to the throne and buried under so many copies or near copies of the more well-known fighting franchises.

Is today’s topic on Turn to Channel 3 truly worthy of being considered another poor man’s “Street Fighter?” Well, that’s what I’m here to find out, so get ready to battle with the warriors of “Breakers!”

With one of the most epic intro songs you’ll ever hear in a fighting game, this is just the start of a stellar fighting game soundtrack. A simple, catchy character select tune is next to prepare you for the match ahead. The level songs are pretty well suited for the character who calls it home, and the victory tune is pretty sweet as well.

The less said about the voice acting the better, as most, if not all of it is not even in English, so you can’t understand it unless you speak Japanese but, thankfully, this is the only true downside to the music and sound effects in the same, the latter packing quite a punch, with the special moves being the highlight, especially if you get a KO with one as a loud and agonizing cry accompanies an explosion of red.

Even though the levels are carefully designed with superb detail, from café patrons and children sitting by horses looking crisp and fluid, just to name a few, what gets me are the characters. Not only do their fighting profile pictures look amazing, but they move pretty well during a match too, with very little to any drag throughout.

I love the graphics for special moves and knockouts the best, and the victory poses, while some are cheesy, all look well designed. “Breakers” is a colorful world to find yourself in, for sure.

“Breakers” has a small roster with only eight fighters to choose from, which might be a bummer for fighting game enthusiasts who are more used to a vast roster. That being said, those eight fighters, while sharing some similarities with fighting game staples of the time, also have some unique fighting traits as well. I found myself gravitating more towards the faster combatants, as they have an easier job in building up the meter that, when full, allows you to unleash a pretty awesome special move. Of course, like all fighting games of the time, knowing the sequence of buttons to push is crucial.

For me, “Breakers” has two flaws. One, the Japanese to English translation on the winner screens of some of these characters is atrocious. My character exclaimed boldly and proudly, “That guy’s movements are totally different from those!”

Second, the endings are all pretty short and generic, and while there are a ton of games out there where this is the case, you’d think an SNK fighting game from 1996 wouldn’t be included in that lot but, sadly, this is true.

In the end, “Breakers” is a fun game that was sadly swallowed up in all of the “Street Fighter” and “Mortal Kombat” hysteria, so much so that a sequel, “Breakers Revenge,” for the Neo Geo console also received little to no fanfare. If you can look past the limited roster, bad English translation, and short endings, “Breakers” is a solid choice to add to any unsung fighting games play log you might be building for yourself.

That does it for me this month. Next time, we move onto “Turbo February” with a look at some titles for the still mysterious (at least to some gamers) TurboGrafx-16!

Until then, do yourselves a favor and make some time to game on! 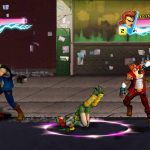