The Ali Baba Lounge may promote itself as “Northeastern Pennsylvania No. 1 nightlife destination,” but it also serves as a magnet for controversy, from its choice of entertainers to incidents reported in and around the downtown Wilkes-Barre venue.

Its latest controversy started yesterday when Ali Baba announced that Brooklyn rapper 6ix9ine would perform there on Saturday, April 21. The 21-year-old artist born Daniel Hernandez is currently out on bail after pleading guilty to a felony count of Use of a Child in a Sexual Performance in 2015. Hernandez and another man, Taquan Anderson, made a series of three videos that year with a nude 13-year-old girl that were uploaded publicly to Instagram.

According to court documents, the first video shows her having oral sex with Anderson while Hernandez makes a trusting motion with his pelvis behind her as he smacks her buttocks, the second video shows her sitting on Hernandez’s lap in her underwear as Anderson pours liquid on her and grabs her breasts, and the third video shows her nude lying across the laps of both men while Anderson touches her legs and vagina.

Also known as Tekashi69, Hernandez was scheduled to be sentenced on Tuesday, but after failing to pass the test to earn his high school equivalency diploma as part of the plea deal, his sentencing was delayed until April 10.

Despite this, 6ix9ine’s debut single, “Gummo,” peaked at No. 12 on the Billboard Hot 100 chart and was certified gold by the RIAA in January. With his rainbow-colored hair, matching rainbow grill, and tattoos across his face and the rest of his body, the rapper seems to be known for his appearance as much as his music and is set to release his first mixtape on Feb. 23.

Locals took to social media to condemn the Ali Baba Lounge for booking 6ix9ine, but the nightclub quickly deleted all negative comments on their Facebook posts and blocked users from the page to prevent further comments. This hasn’t stopped people from criticizing the venue and spreading the word on their own Facebook pages, though. Bentley’s Nightclub in Ashley and One Centre Square in Easton are also receiving flak for booking 6ix9ine for 18+ shows on Friday, Feb. 9, though Ticketmaster currently only lists the One Centre Square concert. Ali Baba’s Eventbrite page does not yet list the show.

As discussed on the NEPA Scene Podcast, the Ali Baba Lounge came under fire last May for booking another Brooklyn rapper, Uncle Murda, last May, whose songs promote killing police officers. Owner Ali Abualburak responded by saying that he respects law enforcement and often pays officers to watch over his business and maintain security.

“In my opinion, Ali Baba Lounge is by far the safest bar/nightclub in all of NEPA. The safety of our patrons and local community is top priority each night that we open for business. Ali Baba Lounge has a police detail present each night that we are open which we pay for. There is no law stating that we must have these details. Management has decided that these details will add to the safety of our customers. These details are not put in place to harass patrons. These details are put in place to ensure the safety of everyone entering the lounge. These details also have built a strong relationship between members of the community and local law enforcement. It’s a beautiful thing to see customers shake hands and greet local law enforcement,” Abualburak posted on Facebook on May 14 before the show on May 19.

“In addition to the police details, Ali Baba Lounge employs its own security personnel. On nights of shows or major special events, we have double layer pat downs and a security guard stationed to cover every inch of our inside. Our security guards are experienced, healthy, educated in nightclub security, and capable of handling any scenario that comes their way. In addition to that, they are experts in preventing any serious situation from arising.”

The concert proceeded without incident, and Abualburak donated a portion of proceeds to law enforcement. The Ali Baba Lounge has hosted many events since, from dance parties to go-go dancers to hip-hop artists, including a sold-out concert on Jan. 27 with A Boogie Wit Da Hoodie, who collaborated with 6ix9ine and Fetty Wap on the single “KEKE.”

The fact that its own police detail in addition to security guards is necessary at all does raise concerns about Ali Baba, however. Since opening in 2015, several incidents in and around the venue and troubled neighborhood have been reported, such as fights, a 2017 stabbing, and a recent sexual assault.

Abualburak has not yet released a statement in response to the backlash from his latest booking.

“Regardless of what anyone says or believes, Ali Baba Lounge has become the most successful and professionally run nightlife venue in all of the area. Numbers don’t lie. We have over 10,000 regular customers. On an average weekend, we cater to 1,500 to 2,500 people from all walks of life. Diversity is a huge aspect of Ali Baba Lounge. We cater to college students, nurses, doctors, lawyers, teachers, politicians, and yes even police officers,” Abualburak wrote on Facebook last May before the Uncle Murda show.

“Ali Baba Lounge brought modern day entertainment to Wilkes-Barre, and we are here to stay.” 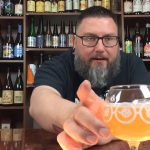