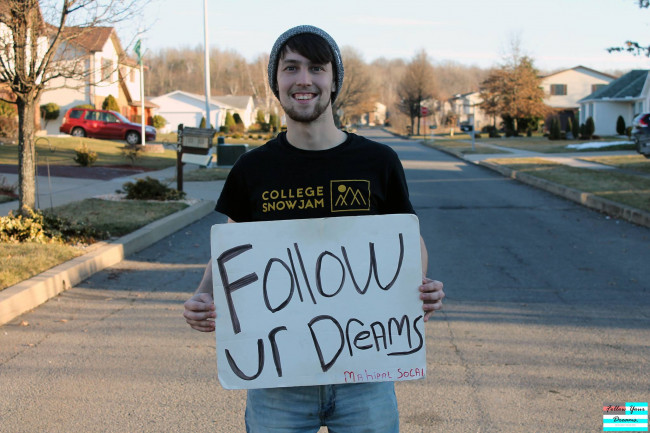 Marywood University graduate and Hellertown resident Frank Winger, an accomplished young man known as much for his charisma, drive, business acumen, and compassion as he was for co-founding the annual College SnowJam at Montage Mountain in Scranton, unexpectedly passed away on Monday, Feb. 5. He was only 24.

The tragic news comes just days before College SnowJam returns to Montage, an event for college students he founded with his friend and fellow Marywood alumnus Tim Kane in 2015 as Far Productions. Featuring skiing, snowboarding, tubing, discounted lift tickets and rentals, live music, art installations, a rail jam competition, and food and drink specials, College SnowJam donates a portion of proceeds every year to charity. The fourth annual gathering this Saturday, Jan. 10 will donate to Florida-based nonprofit To Write Love on Her Arms, “which aims to present hope for people struggling with addiction, depression, self-injury, and thoughts of suicide while also investing directly into treatment and recovery,” according to its website.

Winger’s obituary, published today, also asks that donations be made to TWLOHA in lieu of flowers.

As the obit states, the Allentown native received his Bachelor of Business Administration from Marywood in Scranton, where he was the vice president of the commuter council and was known as “Megaphone Man,” riding around announcing campus events with a megaphone. He won several digital media awards and led his team to first place in the 2014 Northeast Pennsylvania Business Plan Competition.

As a skateboarder, Winger founded Astronomical Products, where he spearheaded the development of LateSkate, creating safety illumination for longboards and skateboards to help make riders more visible at night. Winger explains the app-controlled product in this 2015 TecBridge video:

Working up until his death as a project manager for airport advertising company Clear Channel Airports, he was also an Eagle Scout from Troop 439 and described as “a loving and caring son, brother, grandson, nephew, cousin, and friend. He was charismatic, energetic, and spontaneous. He was extremely driven, especially when it came to business ventures,” the obit continued. He was also a musician and avid supporter of the local music scene.

As part of Mahipal SoCal’s “Follow Your Dreams” project, he told the fashion publication in 2017 that “his dream is to ultimately own and organize a festival catering to thousands of people from all walks of life.”

“I find fulfillment is creating unique and thought-provoking experiences to inspire those to pursue their ambitions,” Winger said.

This begs the question of what happened to this ambitious young entrepreneur. His mother, Gina Piazza, revealed in a public Facebook post that he was another victim of the opioid epidemic that has run rampant in Northeastern Pennsylvania. Earlier today, she posted a recent picture of her son along with a heartfelt message shared by his many friends and family: 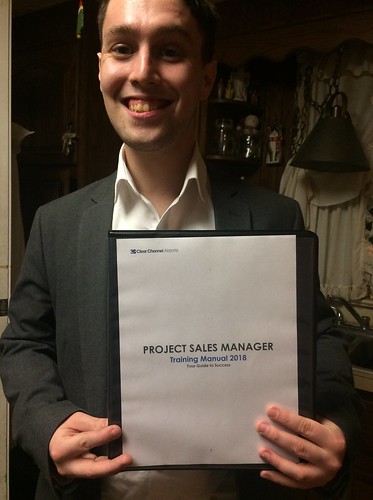 This is a picture of my son taken 2 weeks before he left me.

My son was the most loving, kind, generous, happy, thoughtful, and affectionate son a mother could ask for.

He was exuberant, a trait of his that I was most proud of. He had the courage to be himself and express his zest for life! A trait, I feel, most of us lack.

A favorite quote my late father used to say about him was when Frankie was about 2 years old, my dad had a train set and asked Frankie if he liked the choo-choo? My dad told me that his response was “that’s not a choo-choo grandpa that’s a locomotive.” Then my dad would give a chuckle saying what a great kid he is. I still smile when I think of that today. And my dad was right!

All my boys are great kids!! I am and always will be so very proud of the young men I was blessed to call me Mom.

I am honored to say I am his mother.

I am sharing his photo of one of his last days on earth because I want the world to see how happy, and how proud of himself, he really was. This photo was taken the day he came home from his first day at his new job. He spoke with me for hours and was so elated with his promising position of managing airport advertisements. One thing, this was not a typical nine-to-five job where he sat at his desk all day; something he did not want to do! This job was perfect for him and he was excited to travel and get to visit his brother with all his airline mile points, even offering to take me.

During his collegiate days, however, he tore a ligament in his knee. The doctors prescribed opioids for pain management. Statistically speaking, one can figure out where this leads to.

With much love and encouragement, his family, and some friends helped him to overcome this addiction. I am so very proud of his determination to recover. As he told me “I don’t want to be like this, I want a life, I want children and a family.”

I am sharing all of this because I want you all to know how in a blink of an eye everything can change.

He passed away suddenly and away from home. He went to take well-deserved time off with his friends.

He did not wake up.

He had plans for the morning. He was to leave there for work, go to Scranton to work on College SnowJam and then return home here.

Love is not enough to save the one you love. You can try, you can check in on them and try not to be overbearing, but you have no control over events.

As I sit here writing this for my 24-year-old son, I know he was very interested helping others who fell into his similar situation, which is something I am not surprised my loving son would want to do.

There is a permanent hole in my heart now, one I wish no one would ever have to endure.
I wish to sincerely thank everyone for their very kind thoughts and words of support and prayers. It means a LOT to me and my family. I am overwhelmed by how much love there is for him. I wish he knew how much he was loved. I’m sure he does now.

The College SnowJam will go on in his honor this Saturday, Feb. 10 from 11 a.m. until 9 p.m. at Montage (1000 Montage Mountain Rd., Scranton). Discounted tickets can be purchased in advance at montagemountainresorts.com.

“My partner Tim and I originally started College SnowJam as a way to bring together the local university crowds during the bleak of winter. Northeast Pennsylvania gets incredibly cold in the winter, and so would our friends’ outlooks on life. We conceived a benefit arm of College SnowJam to benefit those less fortunate than us, and although College SnowJam had helped enable Northeast Pennsylvania’s disadvantaged, we weren’t doing enough to help our peers, friends, and local youth. We were leaving our fellow students behind,” Winger told To Write Love on Her Arms, which the organization shared in a Facebook post today.

“This year, we had to do more. That’s where TWLOHA comes in. TWLOHA spreads such a message of love and awareness and was exactly the kind of spark we needed for the youth of Northeast Pennsylvania. We have seen so many friends and fellow students get caught in the snares of depression, abuse, and addiction, and TWLOHA is helping us affect our peers and closest friends in an incredibly positive way. These issues hit home: they directly affect our friends and our families. But together we can build a better future, even if it starts off as one day to get away from it all and remember what it’s like to be young again. We proudly welcome TWLOHA to the College SnowJam family and are together looking forward to making this year’s SnowJam the best one yet!”