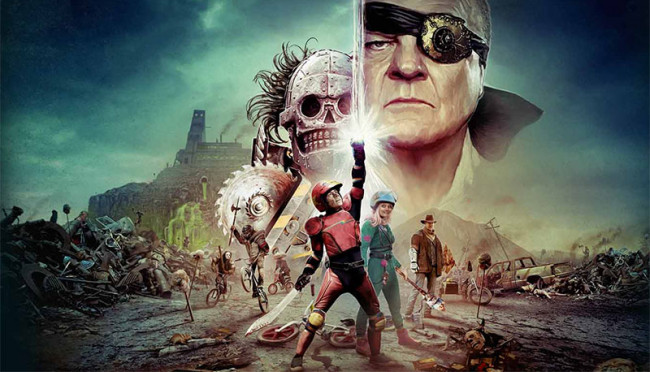 The 1980s are certainly having a renaissance of sorts lately. Shows and movies featuring the decade have become extremely popular – see “Stranger Things” or last year’s “It” remake for proof. However, for those of us who grew up the ‘80s, the nostalgia reaches even deeper, especially if you grew up a horror and/or sci-fi fan in that decade.

Many of us who were into those genres love films that were scoffed at by many. Films like “BMX Bandits,” “Solarbabies,” “Tron,” and “They Live” may not have scored big with critics, but fans still love them. The perfect nod to films of a similar ilk is the 2015 movie “Turbo Kid.”

“Turbo Kid” is a pure ‘80s homage that has it all – over-the-top gore, funny and endearing moments, great characters, BMX riding, and incredible music. If you grew up watching science fiction films in this era, you must see this movie.

Set in the post-apocalyptic future of 1997, a comic book-loving, BMX-riding kid becomes his favorite comic book hero, Turbo Kid, and sets out to save his sidekick. Along the way, he meets our villain, played by ‘80s icon Michael Ironside, befriends an arm-wrestling Australian cowboy, and unleashes his incredible power.

I’ll stop there because the less you know about it going in, the better. The plot isn’t overly involved but creates an incredibly fun ride. It’s a great low-budget movie to watch alone or with a few friends and some drinks. The ‘80s nostalgia is hard with this one, but in a pure sense.

What is also notable about “Turbo Kid” is its music. The incredible score is performed by synthwave duo Le Matos and is definitely work picking up. Death Waltz Recording Company put it out on vinyl some time ago and has since done a repress. Depending on the variation, the prices are a bit high, but it is well worth every penny!

“Turbo Kid” is currently streaming on Netflix, so no excuses. If you are more of a physical media collector, it’s also available on Blu-ray in a wonderful box set with some great extras. Regardless of how you watch it, just watch it!

Is it worth seeing? While “Turbo Kid” did not receive a wide theatrical release, it has found its true home on streaming media. Many of those who have stumbled upon this film instantly fell in love.

With the popularity of the ‘80s these days, it is worth digging a little deeper into the nostalgia with this comedic action/adventure flick. 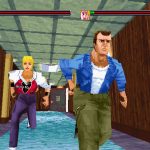