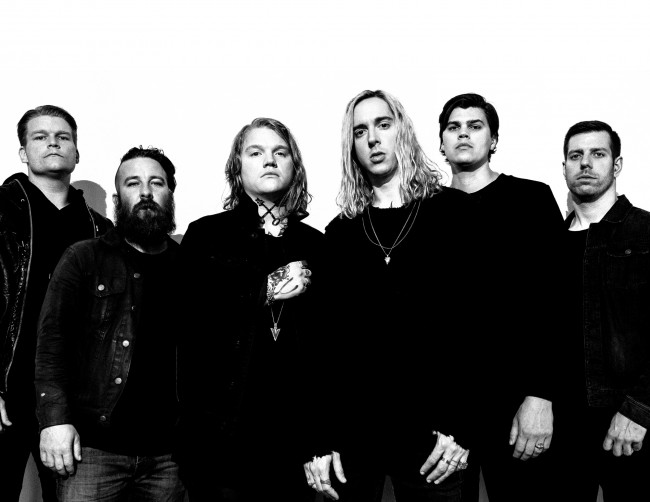 After disbanding in 2013 and reuniting in 2015, Underøath are officially back with a new album next month, and the Florida metalcore band will take their national No Fix Tour with Dance Gavin Dance, Veil of Maya, and Limbs to the Sands Bethlehem Event Center on Sunday, May 6 at 7 p.m.

Tickets, which are $29.50, plus applicable fees, go on sale this Friday, March 2 at 10 a.m. and can be purchased at sandseventcenter.com, the Event Center box office (77 Sands Blvd., Bethlehem), ticketmaster.com, all Ticketmaster outlets, or by phone at 800-745-3000.

With eight years having passed since we last heard new music from Underoath, that near decade-length absence weighed heavily upon music lovers’ hearts. When you consider all of the bands that formed using their idiosyncratic power and texture as blueprints (and then hearing those pretenders fail anyway), you can clearly see the hole Underoath left behind. Whatever real-life worries, psychic baggage, or other concerns plagued Spencer Chamberlain, Aaron Gillespie, Tim McTague, Chris Dudley, Grant Brandell, and James Smith at the time of their 2013 farewell tour, Underoath’s collective consciousness has been fortified by a renewed commitment to their art and, more importantly, themselves.

“We had been doing this for 13 or so years,” says Chamberlain, the band’s dynamic frontman, about the respite that got them to where they are now. “We were just done by that point. We never knew how long it was going to last. How many hardcore bands last? It’s not like we hated each other, the music or the industry. We blinked and a decade went by of never being home. But we needed that break, otherwise now wouldn’t have been possible.”

“We got about two weeks into the Rebirth Tour,” remembers drummer/vocalist Gillespie, “and thought, ‘Waaaaait a second. This is too important. It’s too important to our fans and it’s too important to us and the feelings we have playing together are too important to ignore.’ And then we slowly asked the question: What’s next? Then we did Rebirth all over the world. Then we toured with Bring Me the Horizon. Then we did festivals. All along, there was this nagging thought: Are we going to make a record? It was a weird question to impose upon ourselves.”

Never was an imposition more on point. On their Fearless Records debut, “Erase Me,” Underoath have added another crucial chapter to their formidable legacy. When the band went into the studio in the summer of 2017 to record their sixth album with producer Matt Squire (Panic! at the Disco, 3OH!3), they knew exactly what they wanted to do as well as what they needed to do. Having already established themselves both as melodic songwriters (2004’s RIAA-certified gold record “They’re Only Chasing Safety”) and as ambitious power merchants (2006’s stentorian, gold-selling “Define the Great Line” and its majestic follow-up, 2008’s “Lost in the Sound of Separation”), the evolution detailed on “Erase Me” finds them using the sonic dialects they’ve crafted to reveal where they are now.

Assisted by Squire’s sonic psychology and enhanced with a wildly vivid mix from Ken Andrews (co-founder of acclaimed Los Angeles outfit Failure), “Erase Me” never equates getting older with being complacent. Right out of the gate, “It Has to Start Somewhere” burns like a rail dragster achieving top speed before hurling itself straight into the sun. “Wake Me” is almost pop that overshadows whatever manufactured nine-person co-writing session is currently being marketed on streaming service playlists. “Rapture” feels like prog rock that traverses generations near and far, while Dudley’s electronics drive “No Frame” into universes unknown. Even the first single, “On My Teeth,” seemingly sends a warning to listeners to protect their necks. Underoath may have tempered the punishing riffage of their previous releases, but they doubled down on the urgency via every scream out of Chamberlain’s face, guitarist McTague’s sense of the appropriate, and Gillespie’s frenetic thrashing of his kit. When considering the pretenders that came to fill the void during their absence, “Erase Me” inarguably proves that Underoath’s only true competition is themselves.

“The only rule we had on this record was to reject the phrase we said about our previous records,” says Chamberlain. “’That’s not Underoath enough.’ We left that shit in St. Petersburg when we played that last farewell show. To say something’s ‘not Underoath enough’ robs us of growing. We didn’t say we were going to make an artsy record, a melodic record, or a record our fans will like. We made a record that stokes us out that we love. And, in my whole life, I’ve never said that on any record I’ve ever been on. That’s us growing up and progressing, not just as musicians but as human beings.”

Clearly, “Erase Me” is the apex where melodic heft, indefatigable power, spatial resonance, and arcane electronic textures converge to reveal a band that’s positively fearless. But like Chamberlain says, Underoath’s creative and personal growth manifests itself in more ways than the stuff coming out of the speakers. For the singer, it meant him coming to terms with his struggles with chemical dependency and his quest to rise above it. In addition, the band who once openly – and without apology – professed their faith-based worldview onstage nightly, have since moved beyond the realm of seemingly impenetrable polemics. At various junctures, “Erase Me” illustrates those moments of sanctuary, anxiety, betrayal, and conflict that inevitably arise when humanity grapples with belief systems. Underoath are not being provocative to create shock value, faux-hipster smugness, or revisionist history toward their accomplishments. This is where their reality has taken them. That such a narrative exists in the first place is a true manifestation of their personal growth.

With all the accolades, the history, the fandom, as well as the hardships and growing pains in their psychic rearview mirror, Underoath are just as committed to their legacy as much as their friendships. “Erase Me” is a bold step for a band who want to preserve their integrity in a world where cashing in is a false equivalence for actively delivering mediocre art. When asked if he feels his band still has something to prove this far in, Gillespie is lucid.

“We’ve had success and we’ve come through a lot of waters,” he offers plaintively. “There’s been 11,000 things we’ve been through. So, you would think, almost rhetorically, ‘What do you need now?’ All of us are finally in that place in our lives where the only thing we care about is inclusion for everybody – for the world. For me, exclusion is the scariest thing in the world. And I think as Underoath are coming back now with a new record – which none of us thought was possible – we want people to know that this is your music and you can feel however the fuck you want about it. I just want to prove that we are doing everything in the most honest way we ever have. This is the healthiest we’ve ever been as a group of people, as musicians, and in our worldview.”

Don’t kid yourself – even with a comeback title seemingly marinating in self-fulfilling prophecy, nobody in their right mind would dare delete Underoath’s measurable contribution to the advancement of post-hardcore and heavy rock. The only thing you need to erase is your patience with their pretenders. Accept no substitutes and your culture won’t feel destitute. It’s great to have Underoath back – especially on their terms. 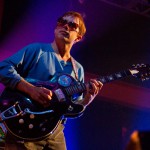