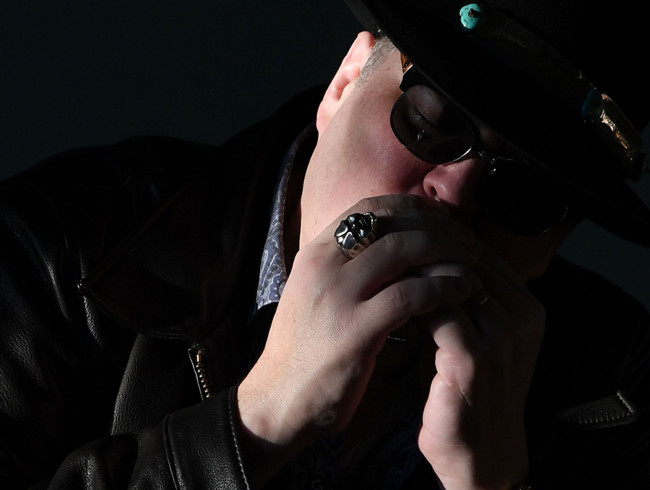 After Grammy Award-winning psychedelic blues rock band Blues Traveler takes their 30th Anniversary Tour to Wilkes-Barre, frontman John Popper will kick off the popular RiverJazz Festival at the ArtsQuest Center’s Musikfest Café in Bethlehem on Wednesday, May 2 at 7:30 p.m.

One of the greatest harmonica players in rock music, John Popper is best known as the frontman for Blues Traveler. As a singer/songwriter, he penned hits like “Hook” and the Grammy-winning “Run-Around.” Popper has also co-written songs with Trey Anastasio, Warren Haynes, Chris Barron, and Jonny Lang, and he has frequently appeared as a guest performer with musicians in a variety of genres, including Spin Doctors, Dave Matthews Band, Phish, Allman Brothers Band, Grateful Dead, Eric Clapton, B.B. King, Jason Mraz, John Mayer, Metallica, Smashing Pumpkins, and more.

Like Phish and Widespread Panic, Blues Traveler emerged in the early 1990s as part of a new vanguard of jam bands in the tradition of the Grateful Dead and the Allman Brothers. Early on, the band’s reputation was built on relentless touring, marathon sets, and the explosive harmonica solos of oversized frontman John Popper.

It all began in Princeton, New Jersey, where the Cleveland-born Popper formed the Blues Band with fellow high school students Brendan Hill, Bobby Sheehan, and Chan Kinchla. After graduation, the quartet moved to New York City, where they adopted the name Blues Traveler and became fixtures on the area club circuit.

Famed concert promoter Bill Graham agreed to manage the quartet and helped them secure a contract with A&M in 1989. Relentless touring helped push the band’s self-titled debut album to No. 136 in early 1991. “Travelers & Thieves,” released later that year and featuring a guest turn by Gregg Allman on the epic jam “Mountain Cry,” went to No. 125.

In 1992, Popper founded the H.O.R.D.E. (Horizons of Rock Developing Everywhere) festival as a means to unite with like-minded, jam-oriented bands for outdoor summer shows. The H.O.R.D.E. fest would soon rival the alternative Lollapalooza festival, attracting an eclectic array of performers ranging from Beck to Neil Young.

The group’s fourth studio album, “Four,” forced Blues Traveler into the mainstream, thanks to hits like “Run-Around,” which reached No. 8 on the Billboard charts and “Hook,” which soared to No. 23. Those hits helped push sales for “Four” over the six million mark. “Run-Around” also earned the band a Grammy in 1995 for Best Rock Performance by a Duo or Group with Vocal.

Popper and the band were dealt a heavy blow when Bobby Sheehan died of an accidental drug overdose that August. In the midst of their mourning, the remaining band members decided to carry on, with Chan Kinchla’s younger brother Tad coming on board to play bass and a fifth member, Ben Wilson, joining on keyboards.

On their latest album, “Blow Up the Moon,” Blues Traveler is back with new material and old favorites, continuing to make their mark on pop music. A clever collaboration between various artists, “Blow Up the Moon” sees Blues Traveler keep an open-minded perspective on making music and enlists an eclectic mix of songwriters influenced by the band’s remarkable career.

It is the first collaborative album that Blues Traveler has ever made. Prior to these sessions, it was rare for the band to have someone else perform on their songs and even more rare to have anyone outside the band write with them. This process was a unique and successful experience for each of these artists who each found new depths and energy in their writing and performance. “Blow Up the Moon” features a range of artists across the spectrum, representing country, pop, reggae, and hip-hop.

“We wanted to experiment with co-writing since we usually try to do everything in-house, in this misguided homage to The Beatles,” says Popper. “Blow Up the Moon” allowed Blues Traveler to expand their musical palette while holding the foundation of their distinct and explosive brand of rock. “We found quality writers to see what they could bring to us as a band, and also people who could see our strengths, something that’s hard to see for yourself.” 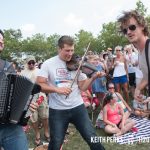