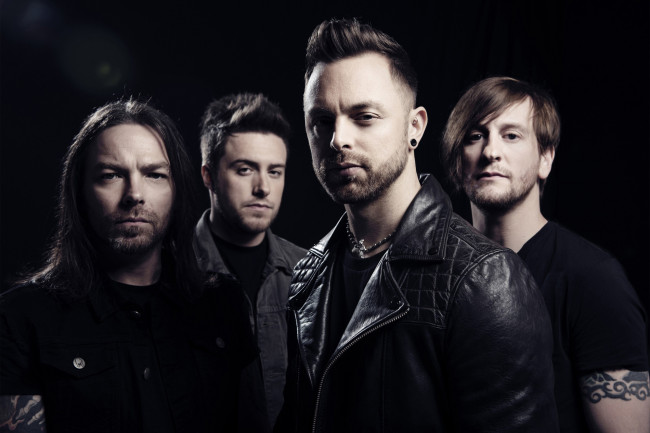 After finishing their tour with Avenged Sevenfold and Wilkes-Barre’s Breaking Benjamin, Welsh metalcore band Bullet for My Valentine will return to the United States for a headlining tour with special guests Trivium and Toothgrinder.

It was announced today that the tour will stop at the Sherman Theater in Stroudsburg on Friday, May 18 at 7:30 p.m.

Tickets, which are $27.50 in advance or $30 the day of the show, go on sale this Friday, Feb. 16 at 10 a.m. and will be available through the Sherman Theater box office (524 Main St., Stroudsburg), online at shermantheater.com and ticketfly.com, and all Ticketmaster outlets. VIP boxes and sky boxes are available for this show and include eight tickets (VIP box) or 12 tickets (sky box), a fruit and cheese platter, and waitstaff. To purchase box seats, call the theater at 570-420-2808.

Bullet for My Valentine bare their teeth like never before on their aptly-titled fifth studio album, “Venom,” released through RCA Records in 2015. It debuted at No. 1 on the Billboard Hard Rock Albums chart, No. 8 on the Billboard Top 200 chart, and claimed No. 1 in Australia, No. 2 in Germany, No. 3 in the U.K., and No. 4 in Canada.

The U.K. metal powerhouse didn’t hold anything back or pull any punches. When it came time to strike on their fifth full-length record, they rallied around one unified goal.

“We wanted to cut an album that was purely us inside and out,” asserts singer/guitarist Matt Tuck. “We thought about what makes us who we are and made our band what it is in the first place. We decided to get that fucking energy back and unleash it for no other reason than we simply have to. So, that’s exactly what we did.”

Following a whirlwind tour cycle behind 2013’s “Temper Temper,” which debuted at No. 1 on the Billboard Hard Music Albums chart and in the Top 15 on the Billboard Top 200, the band reshifted and realigned its focus. Amicably parting ways with original bassist Jason “Jay” James, they approached recording from a different angle.

In the past, writing sessions transpired over compact periods of time. However, leading up to “Venom,” they wrote for nearly six months off and on in guitarist Michael “Padge” Paget’s own home studio, allowing the material the opportunity to take shape and the vision to coalesce freely in an open environment. Rather than choose to work alongside a producer they’d never met, they tapped the talents Colin Richardson (Slipknot, Machine Head, Trivium), the man behind their first EP, “Hand of Blood,” as well as their two gold-certified opuses “The Poison” (2005) and “Scream Aim Fire” (2008), and co-producer Carl Bown.

“We didn’t want any kind of bonding sessions while we were making the record,” explains Tuck. “We didn’t want any clashes of egos, personalities, senses of humor, or anything like that. We called Colin, and he put us in touch with Carl, as they’ve worked together on virtually everything together for the past five years. We just talked about what we wanted this record to sound like, what we wanted to achieve, what was pissing us off, what we felt was weak, and what we felt was strong. We just poured our hearts. It felt so real, and the connection was instantly there. Having Colin back in the room was the best feeling. It contributed massively to the record’s sound.”

The musicians holed up in London’s Metropolis Studio from February through April of 2015. Tuck handled bass duties for recording and encouraged a more vital, vibrant, and vicious instrumental attack around.

“Anything that went a slight bit too melodic or pop, we scrapped right away,” the frontman chuckles. “We wanted to keep this as dark as possible. It was very important that the album sounded intense. That’s what our fans loved the most since day one.”

The introductory taste of “Venom” arrived with the opening track “No Way Out.” Fusing together a tight, technical, and taut thrash stampede, it’s an intricate and infectious battlecry for the record. Within just two weeks of release in May of 2015, it garnered over one million YouTube/VEVO views, proving Tuck’s theory.

“The song revisits my younger days growing up in a shitty part of Wales where there was no hope for anyone,” he sighs. “You went to a shitty school. Teachers didn’t give a fuck about you. You weren’t nurtured. You weren’t pushed in any direction you were good at. The only thing I ever wanted to do with myself was music, but they wouldn’t let me. It’s about feeling trapped but having ambition and not being able to express yourself. I felt like there was no way out of anything in my life. ‘No Way Out’ captures those frustrations. I found that dark headspace again and seized it.”

Then, there’s the first single “You Want a Battle? (Here’s a War).” A bombastic beat bleeds into an anthemic refrain meant to be chanted along to in stadiums. At the same time, Tuck and Padge ignite a crossfire of guitars, exploding into fret-burning leads. It also hits a personal note for the vocalist.

“When I was in school, I would get my fair share of ass-whoopings because I played music, had a band, and grew my hair long,” he says. “All of this fucking anger boiled up inside from being picked on and mentally and physically abused. I wasn’t taking it anymore. It’s a big statement single and something that I think a lot of our fans, both my age and much younger, will identify with. We all go through difficult times, but there’s light at the end of that tunnel.”

The title track “Venom” nods to the group’s knack for a brooding ballad, offering up an emotional and evocative reprieve from the relentless onslaught mid-record.

“It’s a dark love song, which we always love to include on the album,” he admits. “It’s about being in a relationship with someone who’s just a piece of work. ‘Venom’ is a reference to this individual being poisonous, ugly, dangerous, and just bad for you. You don’t want this relationship anymore. It’s got that edgy element but sung in a melodic and beautiful way. It’s a touchstone of what we do.”

The group has firmly etched their place within the modern metal pantheon by doing “what they do.” An international phenomenon, their album sales cumulatively exceed five million globally. They’ve accumulated over 220 million YouTube plays, while covering magazines ranging from Revolver and Alternative Press to Metal Hammer, Kerrang!, and Total Guitar. They’ve garnered the Metal Hammer Golden God Award for British Band in 2006 and 2010 and even notched a staggering total of seven Kerrang! Awards. They also remain a live juggernaut, tearing up stages everywhere from Download in the U.K. to the Rockstar Mayhem Festival in North America.

Now joined by fellow Welshman Jamie Matthias on bass and backing vocals, Bullet for My Valentine launched “Venom” stateside touring on one of the year’s biggest metal jaunts, Summer’s Last Stand, with Slipknot and Lamb of God.

“I’d love for everyone to enjoy the music and just walk away going, ‘Bullet is fucking relevant. It’s a sick album.’ I think it’s the best record we’ve ever done. We didn’t want to overthink or overproduce anything. We harnessed what this band was in the first place. We kept things simple and let the songs do the talking.” 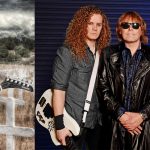 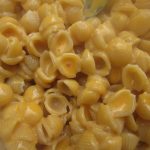 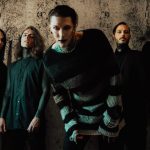