The camp, which is operated by the Pennsylvania Center for Adapted Sports in partnership with Camelback, offers a full-service skiing and snowboarding program for people with disabilities ages 5 and up. In its 26 years, six people who have attended the Adaptive Ski Camp have gone on to become Paralympians.

“This camp provides young athletes with not just practical skills for the sport, but inspiration to follow their passion,” said Brian Czarnecki, chief operating officer of Camelback Resort. “Stephanie and Tyler provide our campers with firsthand accounts that prove having a disability doesn’t have to stop you from achieving your dreams.”

Jallen, 21, and Carter, 24, attended the Adaptive Ski Camp as children and credit the program with helping develop their love for skiing. Both were on the ski slopes again last week, giving children in the adaptive program practical advice on how to maneuver on the slopes with their skis. The two athletes skied behind the students and shouted out encouragements as they flew down the slopes. The children in turn flocked around Jallen and Carter, eager to spend time with the athletes and take instructions.

“I was thrilled to have Tyler and Stephanie back to work with the kids again this year! This program has been able to grow, thanks to a great partnership with Camelback,” said Jeff McGinnis, executive director of the Pennsylvania Center for Adapted Sports. “Kids with disabilities should be able to move and do what other kids can do. Thanks to specialized equipment and instruction, we can enable them to enjoy sports like everyone else.”

Jallen, a two-time Paralympic bronze medal winner, was born with CHILD (Congenital Hemidysplasia with Ichthyosiform Erythroderma and Limb Defects) syndrome, which caused the left side of her body to be underdeveloped. Her left leg had to be amputated when she was an infant, leaving her with one leg and only one fully developed arm. Jallen was invited to the Camelback Adaptive Ski Camp at age 9 and attributes her passion for skiing to the program.

“I remember how very hard it was when I first tried skiing here. I couldn’t make a left turn,” said Jallen. “I had no idea then where this sport would take me. I really hope these young athletes can see the true potential in themselves, take on every challenge, and walk through every door.”

Jallen participated in the 2014 U.S. Paralympics in Sochi, Russia, where she won two Best of U.S. honors, Best Female Paralympian, and Best Moment of the Paralympic Games. She will be competing again this year as part of the U.S. Paralympic Alpine Team in South Korea.

Carter also competed in the 2014 Paralympics in Sochi, Russia, where he finished 26th out of a large field in the slalom. He placed third in slalom in the U.S. Paralympics Alpine Skiing National Championships in 2014 and third in giant slalom in the Huntsman Cup in 2014.

Carter was born with fibular hemimelia, a congenital condition that left him without a fibula in his right leg. His leg was amputated below the knee when he was 1 and he now uses a prosthetic.

“I had so many mentors and role models who helped me accomplish my goals,” said Carter. “It’s amazing to now be in that role, teaching these campers and helping them reach their goals, whether it’s to be a Paralympian like me or just to have fun with the sport.”

Carter will be competing again this year as part of the U.S. Paralympic Alpine Team in South Korea.

12-year-old Ava McEntire from West Chester was among the campers who learned to ski last week. A stroke caused her right side to become weaker than her left, but camp volunteers outfitted her with the equipment she needed to adapt.

“I was nervous and it was weird at first, but I fit in perfectly,” said McEntire. “Tyler really inspires me. I wonder if he was able to go to the Paralympics, maybe I could go, too, if I keep working harder every day.”

The Camelback Adaptive Ski Camp is now in its 26th year of operation. The Pennsylvania Center for Adapted Sports is a registered 501c-3 not-for-profit organization with the mission of improving the health and well-being of people with disabilities through sport and wellness programming. 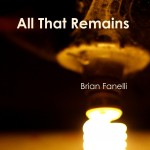 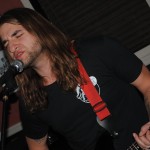