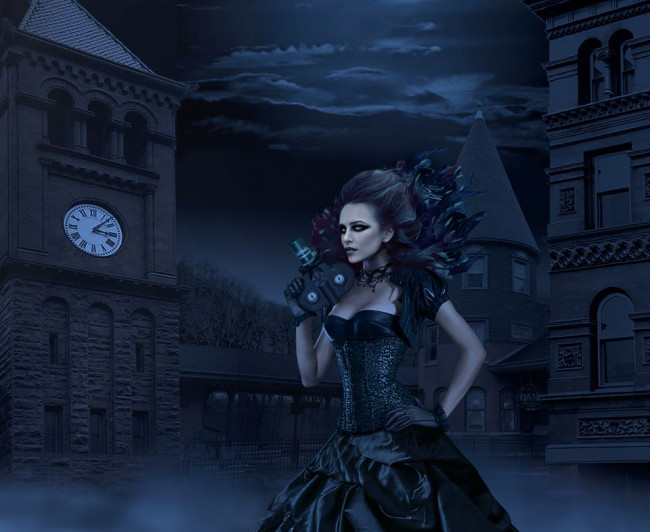 The opening night feature film is “Blaze” (2018), co-written and directed by Ethan Hawke. Starring Ben Dickey, Alia Shawkat, Josh Hamilton, and Charlie Sexton, “Blaze” is inspired by the life of Blaze Foley, the unsung songwriting legend of the Texas outlaw music movement that spawned the likes of Merle Haggard and Willie Nelson.

The film weaves together three different periods of time, braiding re-imagined versions of Blaze’s past, present, and future. The different strands explore his love affair with Sybil Rosen; his last, dark night on Earth; and the impact his songs and death had on his fans, friends, and foes. The braided storyline terminates in a bittersweet ending that acknowledges Blaze’s profound highs and lows, as well as the impressions he made on the people who shared his journey. The film is based on the memoir “Living in the Woods in a Tree: Remembering Blaze Foley” by Rosen, who also co-wrote the screenplay. “Blaze” was filmed in Louisiana and had its premiere at the Sundance Film Festival in January, with its second screening at SXSW in March.

“Blaze” stars musician and first-time actor Ben Dickey in the title role, which won him the Sundance Special Jury Award for Achievement in Acting. Dickey will present “Blaze” in person on April 12, then play a live music set with his band, the Beaver Bayou Boys, at the Mauch Chunk Opera House (14 W. Broadway, Jim Thorpe) after the screening.

JTIFF directors Todd Morris and Jocelyn O’Neil are thrilled to have such a prestigious Sundance-winning production launch the four-day festival, now in its second year. “We are so excited and honored to have Ethan Hawke’s beautiful film, ‘Blaze,’ kick off the second year of JTIFF and to have the artist who actually plays Blaze Foley introduce the film and perform live music from the soundtrack immediately after the screening,” Morris said.

And that’s just the beginning. JTIFF will present 93 films from 17 countries, eight world premieres, 16 East Coast premieres, 30 Pennsylvania premieres, and eight Lehigh Valley premieres on a 30-foot screen on Friday, April 13 through Sunday, April 15. The selections were culled from more than 750 submissions of every genre and subject, from gritty underground and experimental fare to bigger Hollywood-level films.

International selections including “Let the Corpes Tan,” the French action/thriller that took the Toronto International Film Festival by storm that is an homage to spaghetti westerns of the 1970s by French husband and wife director team Hélène Cattet and Bruno Forzani. From Australia, “Top Knot Detective” by directors Aaron McCann and Dominic Pearce chronicles a failed over-the-top Japanese samurai series deemed “brash, bold, and utterly batshit,” according to Anton Bitel from SciFi Now. From Nigeria, Abbesi Akhamie’s “Still Water Runs Deep” offers an intimate look at a stoic father’s unraveling as he searches for his son.

Pennsylvania films include the feature “After Hours Trading,” a dark comedy about human trafficking by Pittsburgh-based filmmaker Fredrick Johnson. Philadelphia entries include the off-beat comedy “Paco” from Catalina Jordan Alvarez (with the brow-raising tagline “He wants you to bounce on his lap”) and “Beta Persei,” Katherine Clark’s cerebral, genre-bending contemporary Perseus and Medusa horror story.

JTIFF is also proud to add a new section to this year’s program highlighting emerging young filmmakers. At 11 a.m. Saturday morning, the festival will present the Lehigh Valley Student Film Block. Attendees will also find amazing student films from across the globe peppered throughout the entire festival, including “iRony” by Australian filmmaker Radheya Jegatheva (who was awarded JTIFF 2017 Best Student Film); “The Hobbyist,” a neo-noir by New York filmmaker George Vatistas; and the dark thriller “#Help” by Peter Engelmann of Hungary.

Back by popular demand is the bloody boundary-pushing grindhouse program, which screens Friday and Saturday at midnight. Invading the Opera House on Saturday night is “The Dark Military” by Philadelphia director Loren W. Lepre. This sure-to-be-a-cult-classic follows a group of “contestants” as they are hunted down by a rogue militia while the world watches.

Texas native Jeffrey Garcia, who won the JTIFF 2017 Best Grindhouse Award, brings another quirky twisted comedy, “Whimsy & Hester,” a tale of conjoined twin sisters who try to lose their virginity by prom night. And, from the United Kingdom, Emma Dark brings her latest, “Salient Minus Ten,” a cerebral foray into the darker, more disturbing side of science fiction.

JTIFF closes the festival with the supernatural drama “Indiana” by New York director Toni Comas. This haunting film follows the Spirit Doctors, a team of paranormal investigators as they take one last disturbing case that changes their lives forever.

The closing night party will be held in the Underground at the Broadway Grille (24 Broadway, Jim Thorpe).

Awards will be presented for each category, along with audience choice, Enfant Terrible (young filmmaker), and Local Hero (Pennsylvania filmmaker) during the April 15 award ceremony.

The first Jim Thorpe Independent Film Festival, held last June, was well-received by audiences and filmmakers alike. JTIFF has been ranked in the Top 100 Film Festivals on FilmFreeway and, this year, JTIFF is proud to be partnering with PBS 39, one of the most important conduits of culture, education, and entertainment for millions of viewers throughout Eastern Pennsylvania and beyond. The festival is also supported in part with grants from the Pennsylvania Council on the Arts and the Lehigh Valley Arts Council.

Founded by Brooklyn natives Todd Morris and Jocelyn O’Neil, the couple moved to Jim Thorpe in 2014 after the birth of their first son. O’Neil is an actress, writer, and producer whose films have screened in festivals throughout the country. Morris is an award-winning commercial producer who has been working in the business for more than two decades. He’s also written and directed two indie features, several shorts, and screened his work in dozens of film festivals around the globe.

Tickets are $20 for opening night, $10 for individual film screenings, and $120 for all-access passes. For tickets, trailers, schedules, and more information, visit jimthorpeindiefilmfest.com. 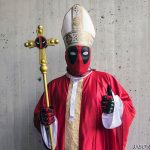