The event will take place at the F.M. Kirby Center in Wilkes-Barre on Tuesday, May 22 at 7 p.m. and will benefit the Children’s Miracle Network at Geisinger Danville.

“We are excited to bring together these all-star country music artists to Wilkes-Barre to benefit a great cause,” said Ryan Flynn, senior vice president and market manager of Entercom Wilkes-Barre/Scranton. “Not only will fans enjoy a great show, but they will also have the opportunity to hear from their favorite artists on what influences and inspires them.”

During the event, fans will have the opportunity to hear artists discuss the context for their songs, stories, influences, as well as see them perform their biggest hits. A portion of all ticket sales will benefit the Children’s Miracle Network at Geisinger Danville, which raises funds to provide equipment, programs, and services for children at Geisinger Janet Weis Children’s Hospital in Danville, as well as pediatric services throughout the Geisinger Health System.

With gritty, grizzled vocals, brazen songwriting talent, and a dynamic live show, River House Artists/Columbia Nashville singer/songwriter Luke Combs stormed onto the country music landscape as “one of the format’s burliest and brightest stars” (Vulture). The Asheville, North Carolina native released his gold-certified, critically-acclaimed debut album “This One’s for You” in 2017, which debuted at No. 1 on the Billboard Country Albums chart.

Combs made history once more when “When It Rains It Pours,” the gold-certified second single off his debut project, landed at No. 1 for two-weeks on country radio; the last debut male to achieve back-to-back chart toppers off a debut album was Sam Hunt. “One Number Away,” the third single from Combs’ debut project, is on country radio now.

A CMA, CMT, iHeartRadio, and ACM Award-nominated artist, Combs has performed on NBC’s “Today” and ABC’s “Jimmy Kimmel Live!” and received critical praise from NPR, American Songwriter, Washington Post, Billboard, Variety, and more. After college at Appalachian State, Combs, a true road warrior, built his avid fan base, developing his trademark through delivering rowdy, hold-nothing-back shows. By 2014, when Combs followed his calling to Nashville, Tennessee, he had an army of fans behind him, three self-released EPs, and a set list full of songs that are true, authentic, and demonstrate his signature modern throwback sound. Recently, Combs was on his sold-out first headlining Don’t Tempt Me with a Good Time Tour, has performed on all-star lineups for CMA Music Fest, Bonnaroo, Austin City Limits, and joins Jason Aldean on his nationwide tour beginning this May.

When faced with a No. 1 major label debut album in 2014’s “Ignite the Night,” as well as a pair of Top 5 singles with the RIAA platinum-certified “Ready Set Roll” and gold-certified “Gonna Wanna Tonight,” Chase Rice took the path less traveled. As he readily recounts, the country music maverick has only grown more self-aware, mature, and grateful in the wake of his success.

“I’m a different person in a lot of ways,” Rice says looking back at his younger self, who moved to Nashville following the sudden death of his father “having no clue what the hell I was doing,” wrote a batch of killer songs, and went for broke in the country music industry. “I was searching,” he continues. “I didn’t know who I was as an artist. But now, it’s a new me. It’s a whole new deal. Now I know exactly where I am in life.” He laughs. “Well, not exactly. But I’ve got a better idea, anyway.”

The past few years have been monumental ones for Rice: following the release of “Ignite the Night,” the 32-year-old budding superstar toured the world with four massive headlining tours and stadium-show opening runs for country megastars, including Kenny Chesney and Dierks Bentley. “I was just having fun. I was riding the wave,” he says.

Despite his swelling popularity, Rice still says he sees himself and his longtime band as underdogs. It’s a healthy mindset, he says, that keeps the fire burning in his belly. “It allows you to still have that drive, still have that reason to keep trying to move forward and make the music better,” he explains. “When I’m the underdog, look out. When someone tells me we’re not going to do something, you’d better get your ass ready because we’re gonna do it!”

Ask him though what propels him forward and the country star will tell you it’s undoubtedly a continuous drive to prove his earliest fans right. “You guys chose to bet on me as one of your favorite artists back when it was just 500 people in a room,” he wants them to know. “I told you we were doing this thing and that I couldn’t do it without you. And now we’re doing it!”

Froggy 101 is a part of Entercom, a leading American media and entertainment company and one of the top two radio broadcasters in the country, reaching over 100 million people each week through a robust portfolio of over 235 radio stations, digital platforms, and live events. Entercom is also the No. 1 creator of live, original, local audio content and the nation’s unrivaled leader in news and sports radio. 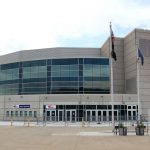 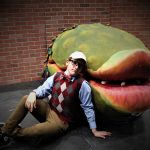