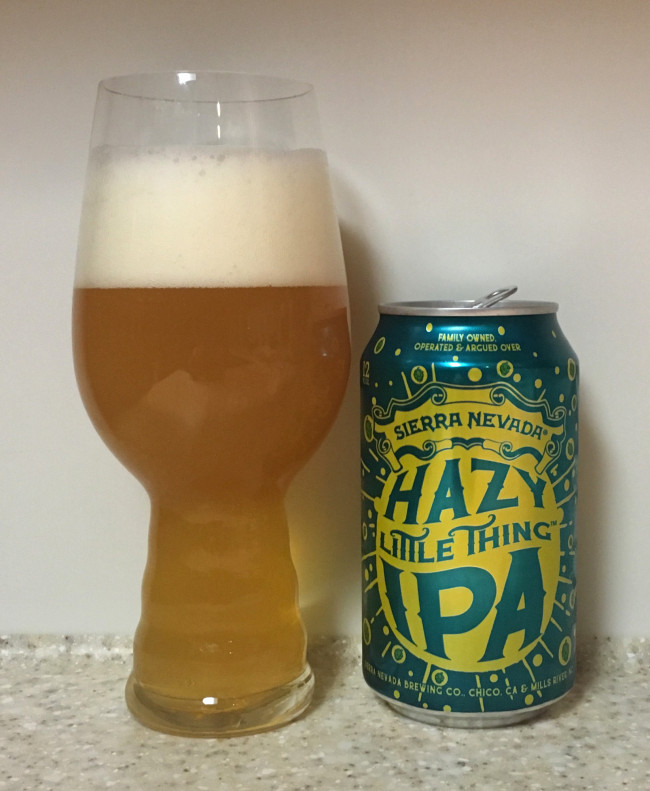 Description: Hazy Little Thing pours a slightly hazy golden yellow with an off-white head that leaves a thick lacing on the glass. The aroma is citrus and tropical fruit, with backing floral notes and a slightly sweet malt. Judging from the aroma, this beer is within what is expected from a New England-style IPA. The taste is equally juicy, with notes of oranges, tangerines, pineapples, and lemons and a toasted sweet malt bill providing perfect balance but enabling the juicy hop quality to shine. The medium body and moderate carbonation are great for the style and enable the drinkability factor to be high on this one.

While this is a great attempt at an NEIPA, for those who frequently get to try some of the more sought-after beers in this style, it may fall a little short. Hazy Little Thing, though, is still the best NEIPA brewed by a larger craft brewer thus far. Hop lovers will want to try this one, but leave the judgements behind and let your taste buds lead the way!

Food pairing: The warmer weather is so close, yet so far away, so a great beer that brings about thoughts of sunshine is a nice way to at least pretend spring is here. While proper barbeque cookouts can’t take place outdoors yet, some indoor grilling can occur. Hazy Little Thing is a great cookout beer to pair with hamburgers, hot dogs, barbecue chicken, spare ribs, and it even goes well with fish. The juicy citrus and hop resin notes are also the perfect counterpoint for any spicy BBQ sauce.

Hazy Little Thing is also the perfect beer for a Friday night at home with friends enjoying pizza and movies. The semi-sweet malts will devour the crust, and any topping is great, as the hefty body of this beer can handle them all.

The lighter qualities of this also make it a wonderful brunch pairing for a laidback Sunday brunch. Hazy Little Thing pairs wonderfully with a light goat cheese omelet, French toast, or even a citrus-topped salad.

The final word: The New England IPA is the current hype style in the craft beer market. It was born in the New England region of the U.S., hence the name of the style, and quickly gained a loyal following for many of the local breweries, garnishing long lines and much beer trading. The breweries were seemingly never able to brew enough of it to satisfy the demanding public, so many more breweries began to brew the style. The huge hype inevitably led to larger craft breweries making an attempt to brew something similar. While large craft brewers like Sierra Nevada have long been brewing IPAs, this is a new take on an old style.

Hazy Little Thing does not disappoint, although if put side by side with some of the most sought-after NEIPAs, there is a noticeable difference. However, if you are new to the haze craze or have not tried the style yet, this is a stand-out beer. It is also a great go-to when craving a beer such as this, but you do not have time or a desire to wait in line for several hours to get your hands on some. This is also a beer that will become a go-to summer brew for many. 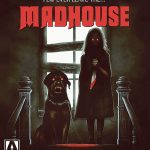 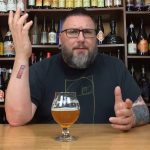