Samuel Adams has recently released their new New England IPA nationally, trying their hand at the juicy, hazy New England-style India Pale Ale that has become so popular with craft beer aficionados, and they were gracious enough to send it to us to try.

But now that this hoppy style has gone mainstream, can a big company like Sam Adams create a true NEIPA, a style that originated with small craft breweries, even if they are from Boston? Their Rebel series was pretty great, so let’s give this one a fair shake! 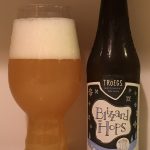 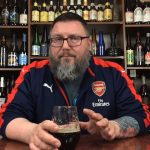