The Scranton/Wilkes-Barre RailRiders Triple-A minor league baseball team and New York Yankees affiliate has announced “The Sandlot Night” will be held at PNC Field in Moosic on Saturday, July 28 in honor of the 25th anniversary of the beloved movie “The Sandlot,” presented by Dickson City Hyundai. The RailRiders will take on the Gwinnett Stripers, but the game on the field will just be part of the excitement at the ballpark during an evening that everyone will remember for-ev-er.

The first 2,500 fans through the turnstiles will receive a one-of-a-kind “Hambino” bobblehead. Patrick Renna, who played Hamilton “Ham” Porter in the 1993 film, will be making an appearance that night. In addition to throwing out the first pitch, Porter will be hamming it up with fans on the concourse, signing items for those in attendance. “The Sandlot” DVDs will be available for purchase and autographed as part of the event.

“‘The Sandlot’ is an all-time classic,” RailRiders Team President/General Manager Josh Olerud said. “Several baseball movies are beloved, and each one speaks to a different era in our lives. ‘The Sandlot’ takes us all back to those summers when we were kids with our neighborhood friends, the games we played, and the bonds we formed. It reminds me a little of what we try to do at PNC Field every day.”

The night will also feature giveaways by the clothing brand The Roosevelts, made popular last season by Yankees slugger Aaron Judge. RSVLTS gear will be available during the game for purchase, and there will be “9 Innings of Winning” where, each inning, the seat of a lucky fan will be drawn to receive some of the viral sensation gear.

“Two years ago, we polled our fans to discover the most iconic American movie of all-time,” said RSVLTS co-founder Stephen Gebhardt. “20 films were included in the poll, and ‘The Sandlot,’ with its themes of baseball, fireworks, s’mores, Babe Ruth, and everything in between, was the runaway winner. Like so many others, this film defined my childhood and turned me into a lifelong baseball fan, so when the opportunity to partner with the SWB RailRiders for Sandlot Night came knocking, it was a no-brainer to jump on it. We can’t wait to meet fellow ‘Sandlot’ fans and get everyone hyped about our ‘Sandlot’ button-up shirts throughout the night.”

Fans are encouraged to come to the ballpark dressed as Wendy Peffercorn, Squints, Smalls, or any of their favorite “The Sandlot” characters to win amazing prizes as part of that night’s look-alike contest.

There will also be some more fun with hot dog eating competition and s’mores activities, with specific instructions on how to make the childhood favorite: “First, you take the graham. You stick the chocolate on the graham. Then, you roast the mallow. When the mallow’s flaming, you stick it on the chocolate. Then, you cover it with the other end.”

For more information or to purchase tickets to the game at PNC Field (235 Montage Mountain Rd., Moosic), call 570-969-BALL or visit swbrailriders.com. 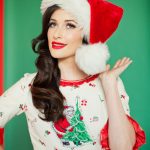