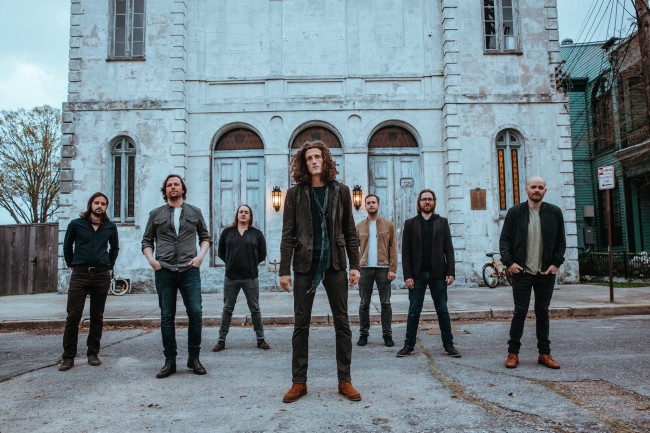 This is in addition to the already stellar lineup of Phil Lesh (legendary bassist from the Grateful Dead) and The Terrapin Family Band, Gov’t Mule (playing two sets, including a special performance of “Dark Side of the Mule”), and Dickey Betts, founding member and guitarist of The Allman Brothers Band. The Peach marks Betts’ first announced performance of 2018 since coming out of retirement.

The Peach began seven years ago as the first-ever Allman Brothers Band-inspired festival in the Northeast and has become a summer festival staple loved by fans from across the nation. Last year’s Peach boasted fans from all 50 states and 13 countries from around the world.

Tickets, VIP passes, and travel packages are on sale now at thepeachmusicfestival.com.

The smaller Mushroom and Grove Stages featured Cabinet (who headlined their own Susquehanna Breakdown at The Pavilion in May), tribute act Pink Talking Fish playing The Allman Brothers’ album “Eat a Peach” in its entirety, Pittsburgh jam band Rusted Root, and many up-and-coming acts like Hayley Jane and the Primates, Fruition, and The Steppin Stones. 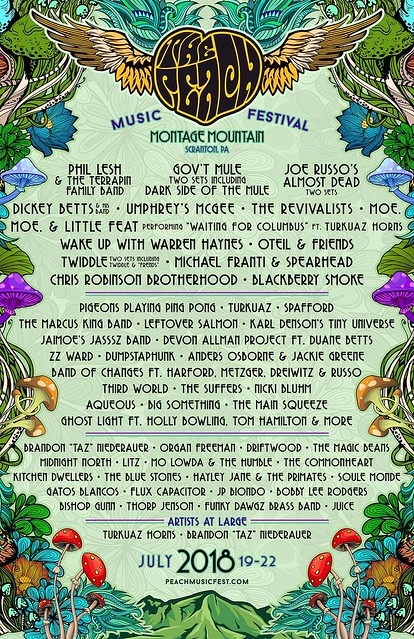