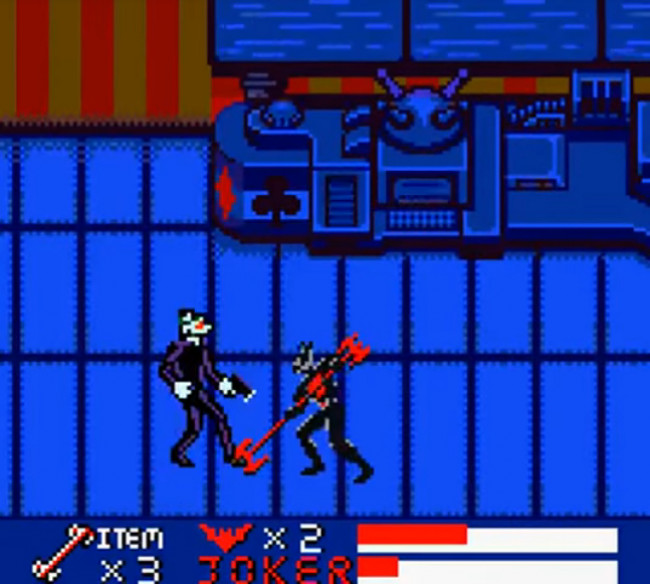 Sometimes games that are labeled terrible don’t start out that way, or at least we want to believe that they were created with the best of intentions. What is most interesting to me is how games based on movie or television licenses are often so terribly made when, at least to this writer, it seems almost too easy to create a good game with most of these licensed properties.

However, as we will see with today’s topic, sometimes things can be hit or miss, with the hits coming many years later. Seemingly every modern gamer knows about the “Batman: Arkham” series of games, but do they know that, previously, not every Batman game was a guaranteed success? Today, we swing to the small screen of the Game Boy Color for “Batman Beyond: Return of the Joker!”

Sometimes I am truly blown away by the quality and composition of some of the tunes coming from those tiny Game Boy speakers, but in the case of the soundtrack for this game, it has got to be among the most grating and terrible music ever created for the Game Boy Color.

The sound effects are almost zilch, with other sparse kicks, punches, and occasional enemy or boss attacks, which don’t help you ignore the terrible music that’s playing in the background. How anyone can get into this game with the repetitive cutscene tunes and nails-on-chalkboard music is beyond me… Batman.

See what I did there? The jokes and gameplay don’t get much better from here.

While your character does have a pretty good look, even for a Game Boy Color game, the enemies have to be some of the most bland, uninteresting creatures I’ve ever come across. While brawlers like this are usually chock full of what I’ve always liked to call “freelance thugs,” at least classic brawlers like “Final Fight” and “Streets of Rage” made them colorful and memorable enough. These are just digitized blobs of humanity I could care less about.

The level design is nothing special either, as somehow a licensed cartoon show base was going to be enough to make this game playable.

While some folks who play through this game will find the ability to explore other areas for weapons as a break from the linear style, since all paths lead back to where you’re supposed to go anyway, it doesn’t actually offer anything special in the end. Enemies are also a full display of both the Game Boy Color’s limitations and the dumbest A.I. in just about every brawler in history, as enemies pretty much line themselves up for you to beat on and anything more would require an analog control that is impossible on the Game Boy Color.

Trust me, whether you’re doing so in order to fight a boss or search for a hidden weapon, beating up a lot of the same boring thugs can get old fast. If you’re going to allow exploration, at least let it affect the story and branch your gaming experience out to other things. Don’t tease me only to drop me back into the linear story.

This game may only cost $5, but it will cost you more in earaches, boredom, and frustration with what could have been. Thankfully, Batman games would get better over time, to the point where only the most diehard fans of the “Batman Beyond” cartoon even remember this atrocity to our senses. Buy yourself a $5 Fill Up box instead, OK?

Speaking of what I’m thankful for, this ends Terrible Games Month here on Turn to Channel 3 as we move into May, beginning with the 37th trip around the sun for your retro gaming scribe and onto games that actually make me happy.

Until then, I will be celebrating another 12 months of not having to review terrible games and you, my retro gaming friends, do what you have to do to game on! 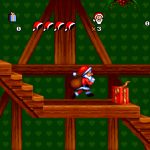