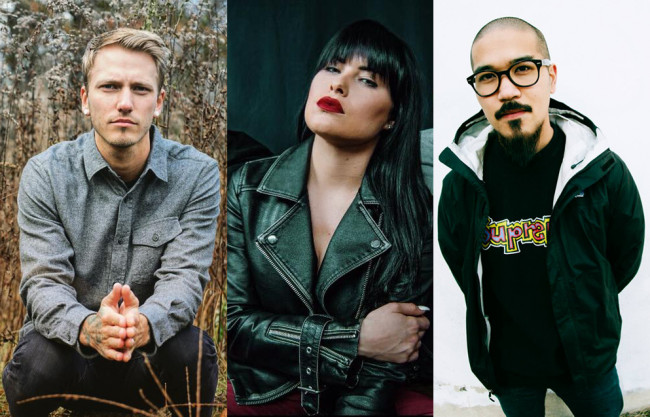 The all-ages music festival will be held on Saturday, July 7 and Sunday, July 8 at Back Breakers in Scranton. Doors will open at 11 a.m., and the first bands will take the stage at noon.

Single day passes are available in advance for $15 and will increase to $20 on the day of the show. Organizers – the same team behind the annual Electric City Music Conference and the Steamtown Music Awards – are currently offering a special two-day pass to the festival at Back Breakers (1008 N. Washington Ave., Scranton) for $30, which saves attendees $10. Only 100 of these discount passes are available and can be purchased now through Eventbrite.

The newest addition to the Lackawanna Music Festival is RCA recording artist Kulick.

Kulick grew up in Tamaqua and started writing songs as an outlet for anxiety and bullying around 12 years old. In 2008, he started a band called Story of Another. Jacob also transformed his bedroom closet into a makeshift recording studio and recorded a 15-song album of his own originals in 2009, selling CDs entitled “For My Sanity” to his peers.

He will be joined on the bill by headliners Young Thieves, Black Tie Stereo, and Lucas Hex.

Meat and Potato Entertainment will also sponsor a special afterparty on Saturday, July 7. Details and the location of the afterparty will be announced soon.

As previously announced, Nanticoke hardcore legends Strength for a Reason will headline Day 2 of the Lackawanna Music Festival.

Daily lineups have not been determined yet but will be announced in the near future. Tickets are on sale now for Day 1 and Day 2, with 100 two-day discount passes available.

Located just on the outskirts of the downtown area, Back Breakers Training Center (1008 N. Washington Ave., Scranton) trains wrestlers in a 16×16-foot ring and hosts wrestling seminars and related events. In addition to the ring, lounge area, weight room, and locker room, the building now has an upstairs lounge for live music, kicking off with shows in March. 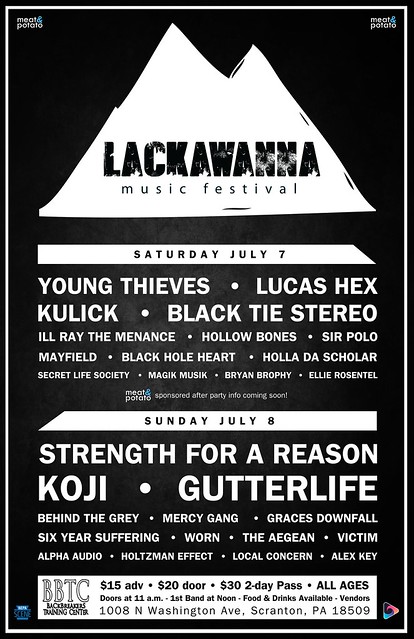 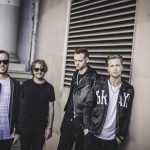