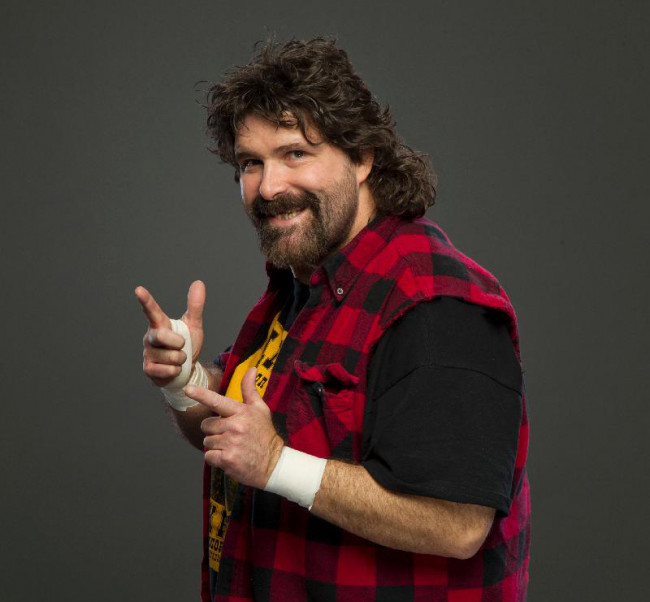 While the Scranton/Wilkes-Barre RailRiders are playing an away game on Saturday, Aug. 11, some legendary pro wrestling stars will take over PNC Field in Moosic for a live wrestling event and meet and greet from 5 p.m.-9 p.m.

The Triple-A minor league baseball team will present Big Time Wrestling with a packed card of wrestlers and matches, headlined by WWE Hall of Famers Mick Foley and Kevin Nash.

“We are excited to welcome Big Time Wrestling to PNC Field,” said RailRiders Team President/General Manager Josh Olerud. “It will be a tremendous show that our fans will love. These characters are great because they appreciate the fan support just as much as we do!”

Tickets start at $20 for general admission, and infield box seats are $40. Club level seats are $100 and include a buffet and VIP package. Field VIP seats are $75. The VIP package includes an event program and a picture after the show in the ring with a superstar.

Tickets are on sale now and can be purchased at ticketmaster.com, swbrailriders.com, or by calling the RailRiders box office at 570-969-BALL. For more details, see the Facebook event page.

One of the cornerstones of WWE’s meteoric rise in the late 1990s, Mick Foley earned the nickname “The Hardcore Legend” for his ability to absorb seemingly inhuman punishment in some of the most dramatic matches in sports entertainment history. Already a respected veteran for his 11 physically punishing years wrestling under the name Cactus Jack, Foley’s career soared to new heights in WWE as “Mankind,” a character Foley claimed was inspired by a combination of reading Mary Shelley’s “Frankenstein” and listening to the music of Tori Amos.

As Cactus Jack, Foley won the 1995 “King of the Deathmatch” tournament in Yokohama, Japan and continued wrestling despite the amputation of his right ear in a match against Vader in Munich, Germany in 1994. As Mankind, Foley was a three-time WWE Champion, but he is best known for his epic and brutal battle with The Undertaker in 1998’s “Hell in a Cell” match, during which he was knocked unconscious after falls both off of and through the 16-foot cell structure. Despite the injury, Foley finished the match – with one of his front teeth lodged in his nose.

With retirement looming as a result of that physically demanding style, Foley penned his own memoir, “Have a Nice Day,” without the aid of a ghost-writer – writing 200,000 words in longhand in 50 days. The book showcased Foley’s paradoxical blend of wit and wisdom, wildness and warmth, and shocked the literary world by hitting No. 1 on the New York Times best-seller list in October 1999. The book remained on the Times list for 26 weeks. A follow-up, 2001’s “Foley is Good,” hit No. 1 on the New York Times list as well. Foley has published a total of 10 books, four memoirs, four children’s books, and two novels.

After speaking at some of the United States’ most respected colleges and universities – including MIT, Syracuse University, Notre Dame, and the University of Miami, Foley decided to take his verbal skills to the stand-up comedy stage in 2009. 2012 saw Foley earn rave reviews for his comedy sets at “Just for Laughs” in Montreal and the Edinburgh Fringe Festival – the two largest comedy festivals in the world. He is currently represented by Innovative Artists.

Foley’s acting credentials include “30 Rock,” “Warren the Ape,” “Now and Again,” “G vs E,” and “Boy Meets World,” and he was featured in the critically acclaimed documentary “Beyond the Mat.” He has done voice work on “Squidbillies,” “Celebrity Death Match,” and “Avatar: the Last Airbender,” and he was featured in a 2012 episode of “Celebrity Wife Swap.” His list of guest appearances include “The Daily Show with Jon Stewart,” “The Late Show with Jay Leno,” “Late Night with Conan O’Brien,” “Who Wants to be a Millionaire,” “Good Morning America,” “Family Feud,” “Red Eye,” “Larry King Live,” and several appearances on “Today.” He was featured in a 2010 story on ABC’s “World News Tonight” for his work as an online volunteer with RAINN, the nation’s largest anti-sexual assault organization. Foley was also recognized for his work with RAINN at 2010’s Rally to Restore Sanity and/or Fear, where he was awarded a Medal of Reasonableness from Jon Stewart.

Foley lives with his wife and four children on Long Island. The Foleys have sponsored children with Child-Fund International for 20 years. His latest book, “A Most Mizerable Christmas,” was published in 2012 by DK Books.

Whether he’s known as Diesel, one of The Outsiders, or simply Big Kev, Kevin Nash has never been afraid to make waves at every stop. He’s got the list of enemies to prove it.

This imposing Superstar learned early that being nearly seven-foot and more than 300 pounds doesn’t automatically punch your ticket to the top. Although he was blessed with remarkable size and athletic ability, his career had inauspicious beginnings. First appearing in WCW in 1990, Nash competed under a kaleidoscope of personas as he struggled to showcase his full potential as a sports entertainer.

Things would take a sharp turn for the better in 1993. Debuting as a sunglassed ringside enforcer in WWE, Nash quickly made an impact by taking on the role of Shawn Michaels’ personal – and cold-blooded – bodyguard. Within his first year, Diesel eliminated seven men in the 1994 Royal Rumble Match and later won the Intercontinental Championship. Shortly thereafter, Diesel and Michaels captured the World Tag Team Titles together, making “Big Daddy Cool” a double champion in WWE.

With Diesel’s star on a meteoric rise, it became obvious that he had greater ambition than just being Michaels’ protector. After the duo’s relationship frayed, Diesel defeated the legendary Bob Backlund in eight seconds to win the WWE Championship. The transformation from sidekick to juggernaut was complete.

Big Daddy Cool would go on to hold the title for nearly a year, smashing challengers like Michaels, Sycho Sid, and Mabel during his lengthy reign. After finally losing the championship to Bret Hart at Survivor Series 1995, Diesel battled foes like The Undertaker before making a move that forever changed the sports entertainment landscape.

In the spring of 1996, Nash and Scott Hall left WWE and invaded World Championship Wrestling. Soon joining forces with Hulk Hogan, they became known as The New World Order, one of the biggest must-see attractions in history. Defiant, arrogant, and dangerous, the rebel group completely dominated WCW and soon had fans tuning into Monday Nitro by the millions. Titles such as the WCW Tag Team Championship turned into nWo trophies as The Outsiders of Nash and Hall flattened many smaller opponents.

Eventually, though, the massive egos of Nash and Hogan clashed, leading Nash to form an nWo splinter group known as The Wolfpac. Including top dogs such as former World Champions “Macho Man” Randy Savage, Lex Luger, and Sting, the powerful faction helped propel Nash to the very top of WCW as a singles competitor. At the end of 1998, Nash pulled off the unthinkable by felling the undefeated Goldberg at Starrcade, capturing the WCW World Heavyweight Championship and breaking the titan’s legendary winning streak. He would acquire the coveted title a total of five times before WCW folded in 2001.

The vaunted trio of Nash, Hall, and Hogan made their return to WWE at No Way Out in 2002, but the reunion wasn’t “just too sweet.” The nWo butted heads with the likes of “Stone Cold” Steve Austin and The Rock before the group disbanded, and a series of injuries put Nash on the shelf for several months. Upon his return, Nash had one last shot at the World Heavyweight Championship during a rivalry with Triple H. However, “Big Sexy” failed to rise above The Game and disappeared from WWE again soon after.

More than seven years later, the WWE Universe saw Nash step over the ropes again in a stunning comeback. Sporting his classic Diesel look, the towering Superstar entered the 2011 Royal Rumble Match at No. 32 to a loud ovation from the crowd. Disruptive as ever, Nash controversially attacked CM Punk at SummerSlam and made life a living hell for WWE’s new COO, Triple H.

While Triple H got the last laugh by brutalizing Nash in a Sledgehammer Ladder Match at WWE TLC 2011, the cunning big man showed once more why he’s one of the most menacing WWE performers of all time and more than deserving of a spot in the WWE Hall of Fame, which he was inducted into in 2015.

After all, you don’t become a six-time World Champion without smashing a few toes along the way.

Nash has the wit of Howard Stern and intelligent opinions on everything from sports to feminism to politics, and backs up all of his claims with biting humor and surprising wisdom. Is it unusual for a man who has achieved stardom in the world of professional wrestling to read the New Yorker on a daily basis and take the lead in philosophical conversation at dinner? It’s no wonder that Nash is one of the most well-known personalities in the wrestling business and has established himself not only in the realm of sports, but in the entertainment world as well.

His work in film and television includes roles in “Magic Mike,” “Magic Mike XXL,” “John Wick,” “Rock of Ages ,” “The Longest Yard,” “The Punisher,” “DOA: Dead or Alive,” “Almighty Thor,” “The Newest Pledge,” “Monster Brawl,” “Brothers,” “The New Love Boat,” “Sabrina the Teenage Witch,” and “Nikki.” He has also hosted VH1’s “The List” and been a guest on such talk shows as “The Test,” “The Tonight Show,” “Politically Incorrect,” and “Jimmy Kimmel.”

Nash grew up in Detroit, Michigan with dreams of playing on a professional basketball team. He played basketball for the University of Tennessee and headed overseas for several years, where his dream of becoming a pro basketball player came true, playing for various European teams.

Only after serving in the United States Army for two years did his life turn to wrestling. He began working for WTBS and, in 1993, he signed with Vince McMahon and the World Wrestling Federation. The rest… is history.

In his free time, Nash spends time with his wife and son. 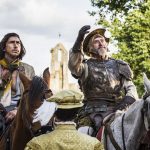