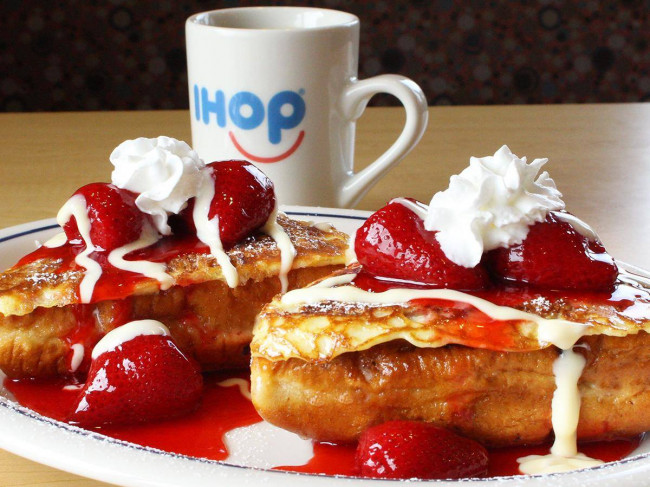 With the long-awaited Northeastern Pennsylvania location of IHOP finally built and ready to open its doors, the Greater Wilkes-Barre Chamber of Commerce will celebrate the grand opening of IHOP’s new Wilkes-Barre restaurant with a ribbon cutting ceremony on Monday, May 14 at 7 a.m.

IHOP, also known as the International House of Pancakes, is a family restaurant chain that has been serving its famous pancakes for over 59 years. IHOP provides its customers with quality and affordable breakfast, lunch, and dinner options. The new location (770 Kidder St., Wilkes-Barre) will be the only IHOP between Allentown and Binghamton, New York.

The ceremony will feature a business card raffle. Local businesses will have the opportunity to participate in the raffle by providing a business card. The winner will be chosen at random and will receive an IHOP gift card.

As of June 30, 2016, there were 1,695 IHOP restaurants in 50 states and the District of Columbia, as well as in Bahrain, Canada, Dubai (UAE), Guam, Guatemala, Kuwait, Mexico, Panama, The Philippines, Puerto Rico, Qatar, and Saudi Arabia. Under the licensed name IHOP at Home, consumers can also enjoy a line of premium breakfast products available at nationwide retailers.

IHOP traces its roots back to the opening of the first International House of Pancakes restaurant in 1958 in Toluca Lake, a suburb of Los Angeles. The American eating public and investors quickly took to the concept of a restaurant based on pancakes, one of America’s favorite foods. Within four years, the number of units had increased to more than 50. The 1960s and 1970s were decades of continued expansion for the company as it entered new markets across the country, concluding with the appointment of Richard K. Herzer as president of IHOP Corp. in 1979. The 1980s would prove to have international flavor for IHOP, including brief ownership by a Swiss company and expansion into the Japanese market. The company reverted back to American ownership in 1987 when Herzer and other investors purchased the company.

In the 1990s, IHOP continued its successful strategy of expansion, primarily through franchising, increasing the number of restaurants from 490 to more than 800. Awareness of the International House of Pancakes brand exceeded 80 percent, making IHOP one of the most popular family restaurant chains in America. In 1991, to accommodate future growth, the company moved its headquarters to Glendale, California and became publicly traded on the NASDAQ Stock Market under the symbol “IHOP.” In 1998, IHOP system-wide retail sales surpassed one billion for the first time. In 1999, IHOP began trading on the New York Stock Exchange under the symbol “IHP.” In November of 2001, the company opened its 1,000th location in Layton, Utah.

In 2001, restaurant industry veteran Julia Stewart joined the company as president and chief operating officer. In 2002, she also assumed the role of chief executive officer. Under Stewart’s leadership, the company has implemented significant shifts in strategy. The most significant change was a move from IHOP Corp.-financed development of new locations to franchisee-financed development of new locations. In 2007, IHOP acquired the Applebee’s chain of casual dining restaurants and formed DineEquity, Inc., the parent company of both brands and one of the largest full-service restaurant companies in the world. DineEquity trades on the NYSE under the symbol “DIN.”

Since 2008, IHOP has been ranked “No. 1 in Family Dining” by Nation’s Restaurant News’ annual Top 100 issue, and IHOP has proclaimed its vision to create an insurmountable lead by focusing on four primary strategies: menu innovation, operational excellence, advertising and media, and its value proposition.

In 2014, IHOP continued its growth as a truly International House of Pancakes with more than 70 locations in Bahrain, Canada, Dubai, Guatemala, Kuwait, Mexico, The Philippines, Puerto Rico, Saudi Arabia, and the U.S. Virgin Islands.

In 2016, IHOP celebrated more than a decade of giving with the 11th Annual National Pancake Day. A record-breaking $3.9 million was raised, bringing the 11-year total to nearly $24 million for charity.

Live on Mars pays tribute to David Bowie at F.M. Kirby Center in Wilkes-Barre on June 4
‘Peter Pan’ prequel ‘Peter and the Starcatcher’ swoops into Wilkes-Barre 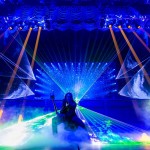