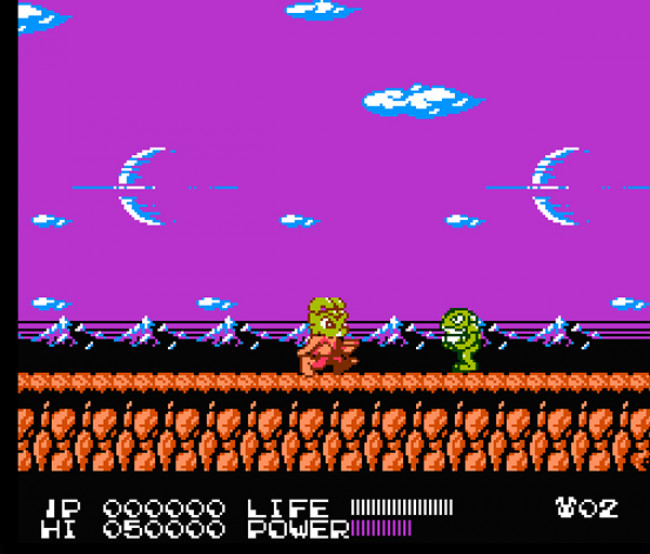 Once before, I reviewed “Bucky O’Hare,” the game that folks seemed to have overlooked in the arcades, and I strongly encourage you to play it if you love Konami beat ‘em ups, but today we’re hopping over to Bucky’s other adventure on the Nintendo Entertainment System – a game that was given to me as a birthday gift in this month of Nick’s Faves here on Turn to Channel 3!

Perhaps the most unsung (pun intended) soundtrack of any NES game, “Bucky O’Hare” is often overlooked in the musical canon of great works from the folks at Konami. During the 1980s and most of the ‘90s, it seemed Konami could do no wrong in this department, and “Bucky O’Hare” is another prime example of this.

There is something so addicting and catchy about the tunes here, capturing the epic heroism prominent in this game and the action-packed cartoon show of the time. Whether you’re rescuing a crewmember on a designated color planet or fighting to the end against the evil toads of the universe, the music is an adrenaline rush and just downright well-composed. I just can’t get enough of this soundtrack.

When you go from the huge sprites of the arcade game to this, there may be a bit of a letdown, but I still find these 8-bit sprites of Bucky and his friends some of the best on the NES. The enemies are pretty well done too, capturing the deadly punch so many of them have.

The level design may not seem like anything too out of the ordinary at first, but as the difficulty is amped up, the level designs look better and trickier than before (more on this in a second). I honestly feel like the vast universe Bucky is in was captured well in a more bite size way, if you follow.

This is definitely a game that belongs in that category known to gamers as “NES tough” because you will find yourself in some precarious situations that are nearly impossible, so expect your patience and grit to be tested here. At the same time, this is not a game where you balk at trying again and again because it is just that much fun and entertaining.

Rescuing your friends is just one piece of the game, but in that alone, the replay value on this game is huge. There is no designated linear way for this portion of the game, so you pick and choose your poison as far as how difficult a journey you wish to take before ultimately taking down your foes.

“Bucky O’Hare” looms as a crown jewel in the NES library at over $100 for just the cartridge alone, but in one of those rare instances, this is a game worth every penny and every second tracking down. Like “Duck Tales,” “Chip ‘n Dale Rescue Rangers,” and “Darkwing Duck,” “Bucky O’Hare” on the NES is another fine example of taking your Saturday mornings to your NES console.

Next time on Turn to Channel 3, we head to the PlayStation 2 for a game that is still endless hours of fun for yours truly – “The Sims 2!”

Until then, soak up that sunshine and game on, of course! 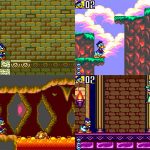