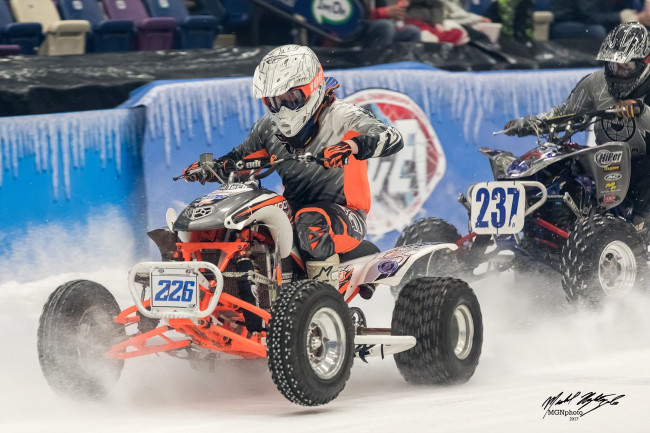 It was announced today World Championship Ice Racing will return to the Mohegan Sun Arena at Casey Plaza in Wilkes-Barre Township for one night only on Friday, Jan. 25 at 7:30 p.m. as part of the 2019 Fire on Ice Evolution Tour.

Featuring the biggest names in professional motorcycle ice racing and the most fearless racers on ice racing the wild Unlimited Outlaw Quads, these racers will be rocketing around the arena’s solid ice track, shredding the ice with razor-sharp studded tires, hitting insane speeds (going from 0-60 mph in less than three seconds), and racing for the most prestigious World Championship Ice Racing Title.

This action-packed night of professional racing and stunts comes with chills, spills, and thrills with a no-holds-barred racing attitude that will keep everyone on the edge of their seats. And just when you think things couldn’t get hotter, Ken “The Stuntman” Remer will be back with his pyrotechnics team to light the night on fire.

A special Memorial Day week pre-sale featuring half-priced adult tickets starts this Tuesday, May 22 at 10 a.m. and runs through Monday, May 28 at 10 p.m. This special pre-sale is valid online only at ticketmaster.com, and the passcode can only be obtained via Mohegan Sun Arena’s Backstage Club e-mail program; sign up for the club here.

Tickets for World Championship Ice Racing, which are $15, $20, and $25, go on sale to the general public on Tuesday, May 29 at 10 a.m. at the arena’s NBT Bank Box Office (255 Highland Park Blvd., Wilkes-Barre), ticketmaster.com and all Ticketmaster outlets, and by phone at 800-745-3000. Kids tickets are half price, and ticket pricing increases $3 the day of the show. Group discount tickets are available for this event and can be purchased by calling 570-970-3507; additional fees may apply.

Fans can gain early access to come hang out with the riders and their crew before the event from 5:30 p.m.-6:30 p.m. Meet and greet the racers, see their bikes up close, take pictures, and get autographs at the Pit Party for just $5. Open to all ages, Pit Party passes are limited, and both an event ticket and Pit Party ticket are required for Pit Party admission. 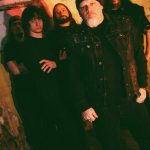 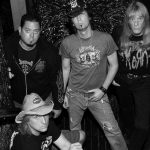