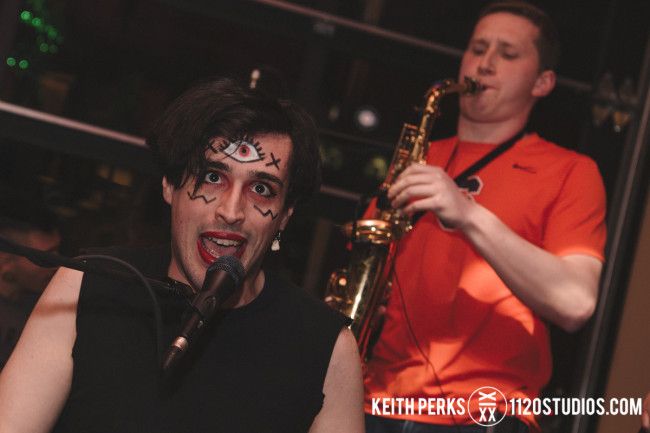 After postponing the Scranton date of their tour last month, a makeup date has been announced for New Jersey avant-garde pop/gypsy/experimental rock group Will Wood and the Tapeworms and Brooklyn folk rock band American Opera. Both acts will perform at the Irish Wolf Pub in downtown Scranton on Saturday, July 7 as part of the Lackawanna Music Festival’s afterparty.

The afterparty is free for those who attend the Lackawanna Festival on July 7 and $10 for everyone else. Additionally, there will be a sponsored a happy hour that will feature drink specials for those who attended the new festival, which announced its full two-day lineup last month on NEPA Scene, including headliners Strength for a Reason, Koji, Young Thieves, GutterLIFE, Black Tie Stereo, and Lucas Hex.

Will Wood and the Tapeworms are the genre-bending “rock n’ roll perversion of cabaret” (Fangoria) alternative act known as “the epitome of a performance” (The Aquarian) led by singer/songwriter Will Wood.

Conceived in the autumn of 1991 despite the use of three forms of contraception, Will Wood arrived on the New Jersey independent music scene without warning or explanation. Wielding face paint, drag shoes, and “sharp theatrical tunes” (NJ.com), he assembled a ragtag team of musicians known as The Tapeworms and began to crash around the East Coast, bringing audiences on his “journey into glittering hysteria” (AXS Entertainment).

Since their inception in 2015, Will Wood and the Tapeworms have garnered a rabid cult fan base and national press reactions, with sold-out shows around NJ. Sharing the stage with national and international touring acts like Gogol Bordello, Honus Honus of Man Man, and more, WWATT continue to prove they are “New Jersey’s next big thing,” (mycentraljersey.com) by bringing “a show experience unlike any other” (Dying Scene) to the stage.

After releasing two full-length studio albums, 2015’s “Everything Is a Lot” and 2016’s “Self-ish,” the band is currently unsigned and recently released their third album, “The Real,” on Feb. 14 – a live record featuring new and old tunes in an entirely new way. Their sold-out recording sessions/concerts had critics saying they “will forever go down in history” (Dying Scene) and were “powerful well beyond anything else I had seen or experienced on a stage” (NJRacket).

Incremental progress. Monumental setbacks. Small victories. This is the story of American Opera.

After eight years of nonstop touring, Brooklyn-via-Michigan singer/songwriter John Bee found himself alone in a once-crowded van, wandering through the circulatory roads of America. It was during these long months, with a handful of newly-inspired songs, that American Opera was born, an unrepressed light emerging from a sea of misery.

“The neverending road of try, fail, try, fail, try again, fail again – all of that is miserable,” says Bee, “but there are moments, and I think this is true in life, that make every little piece of the puzzle worth it. Tiny glimmers of hope that tell you to keep pushing and keep going.”

Fast-forward to 2017. That tiny glimmer has grown to a burning sun. With over 300 North American shows in the books (direct support for the likes of The Avett Brothers, Josh Ritter, and Cursive) and multiple Warped Tour appearances, American Opera is no longer wandering – the band is at full tilt. 2017 also marked the arrival of the final missing piece of the puzzle – a debut album via Spartan Records, aptly titled “Small Victories.”

“The idea behind ‘Small Victories’ is that the world is going to grow fists and start swinging at you, but you need to find reasons to get back up,” says Bee. “Lyrically, there are common threads in the songs that explore heartbreak, hope, loss, religion, mental health, and more. Some of the songs are about failure – I lovingly refer to them as ‘pep talks to myself.’ Maybe if I sing them over and over, something will change?”

“Small Victories” was self-produced and almost fully performed by Bee in Atlanta, Georgia with the engineering assistance of Matt Goldman (Underoath, Anberlin). The result is a stunning 11-song roller coaster exploring a complete spectrum of emotion and experiences. It is an album of dynamics, a perfect balance of the fragile and explosive.

“Musically, I wanted to honor the ups and downs that the lyrics represent. I wanted big celebratory parts with horns and all the bells and whistles that would make you think you’re at a parade placed right next to a sobering nightmare where you’re having a conversation with the devil,” explains Bee. “I wanted to take beautiful strings and quietly picked guitars and place them next to full-fledged rock songs. I wanted to show triumph and failure, the good and the evil, and the wins and losses.”

In the end, however, it may be that the small victories are all we remember and were all mattered in the first place. The silver linings were not just that after all, but rather small glimpses of a larger hope that can sustain us through even the most miserable of seas.

“There are signs of hope in each song that are pushing me forward,” says Bee. “They’re holding me up, so I need to keep going.”

While American Opera focuses on the going, listeners will experience the band’s true arrival and the beginning of a journey that both collective parties will embark on together.

Read more about the Lackawanna Music Festival and its lineup here. See NEPA Scene’s photos and video of Will Wood and the Tapeworms’ first Scranton performance here and photos of them playing at Trophy Scars’ 15th anniversary show last year here. Learn more about the band in this You Should Be Listening To feature. 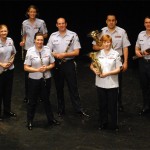