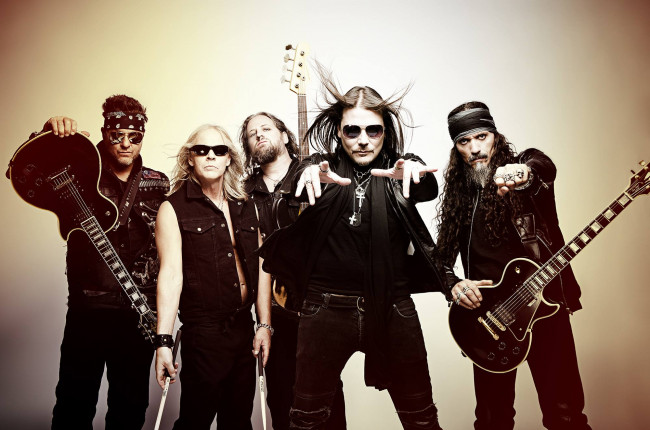 As detailed on the NEPA Scene Podcast last week, local music promotion and production team Camp Rattler will host a series of outdoor concerts in its new beer beer garden at the Border Bar (formerly World of Brew) in Pittston, starting with a performance by Southern-influenced rock band Killcode on Saturday, June 9.

The 21+ show will begin with a unique set by “the only stand-up comedy viking,” Thomas the Red, at 6:30 p.m., followed by Scranton sleaze rock band Idol Hands and Killcode outside (weather permitting). Then the concert will move inside for Exeter heavy metal band Royal Hell and New York soul singer Kaleigh Baker, featuring Matt Walker.

Killcode is a five-piece rock band that hails from New York City. Their signature sound and style has been described as Southern-infused rock/metal with modern day vocals with hooky songs and super-charged anthems featuring big guitars and driving rhythms that pump a shot of adrenaline into your system the moment you hear them.

Vocalist Tom Morrissey and guitarist Chas laid the foundation of Killcode with a couple of tracks they recorded at their home studio. After listening back, they knew they were onto something big. Next, they recruited longtime musical companion Eric Bonesmith on bass and Rob Noxious on the drums to complete their rhythm section.

With all members coming from established projects prior to Killcode, the band quickly raised eyebrows and landed on bills with the likes of Godsmack and Sevendust. Killcode also provided main support to Brett Scallions on the East Coast Re-Fueled Tour.

The band has released a six-song EP, “To Die For,” a second six-track EP, “Taking It All,” and a full-length self-titled album. Both EPs charted well nationally and gained the band critical acclaim worldwide, while their debut album hit No. 2 on Billboard’s Mid-Atlantic Heatseekers chart. Their song “Breaking Away” was featured in the inspirational documentary “Dressed,” directed by David Swajeski and starring fashion designer Nary Manivong, and another tune, “6 a.m. Again,” was played on “The Howard Stern Show” on Sirius XM.

Killcode then decided to add a second guitarist by welcoming D.C. Gonzalez. Known as lead guitarist for the rock band Panzie, Gonzalez hasn’t just fit in – his style complements what Killcode already had going on and reinvigorated the band as they went into the studio with producer Joey Zampella (best known as a guitarist for Life of Agony, Carnivore, and Stereomud) in 2016 to record “The Answer,” Killcode’s latest and current release.

Enjoying an ever-growing fan base both nationally and internationally, they continue to headline and sell out prominent marquee venues, including New York City’s Irving Plaza, Gramercy Theatre, and Bowery Ballroom, and play successful supporting gigs at the Roseland Ballroom and PlayStation Theater. They’ve also performed at the Dunkin’ Donuts Center in New Hampshire, Gillette Stadium in Massachusetts, and The Viper Room in West Hollywood.

In 2016, Killcode partnered with Coallier Entertainment to help extend their reach internationally by bringing the band out to perform at prestigious festivals around the world, including Guitare en Scène in France, the Bang Your Head Festival in Germany, and the Hell & Heaven Festival in Mexico.

They toured the world again in 2017, returning to Mexico for the Corona Northside Festival and Germany for the Bang Your Head and Rock of Ages festivals, as well as spreading the code to new countries like Switzerland at the Riverside Aarburg Festival, Spain at Rock Fest Barcelona, the United Kingdom at the Hair Metal Heaven and Hard Rock Hell festivals, and several club dates in Puerto Rico. They also provided direct support for Dee Snider and his solo band back home in the States.

Killcode aren’t showing any signs of slowing down. With their anthems for outlaws, they are ready and able to take their rightful place alongside the biggest rock acts out there.

From a small valley in New York, Kaleigh Baker has fostered a connection with her audiences since her early days performing. Now she travels more than 300 days a year playing her bluesy blend of songwriting. Kaleigh’s gypsy ancestry has started to take root in her music, melding with her rock attitude, jazz, and mountain soul influences. She continues to mold her music with every bend on her journey.

Her EP “The Weight of It All” and full-length album “Weary Hours” are available now.

“With a booming voice reminiscent of Adele, yet a songwriting sensibility that’s tougher and wiser than many out there, Baker’s rough-and-tumble blues mantra sizzles when you throw in her jazzy sound,” Pure Volume wrote. “With its deep, bluesy quality, her voice is both soulful and powerful,” the Examiner added.

See a full schedule of Camp Rattler events at the Border Bar here. See photos from a local Kaleigh Baker show back in 2014 here and watch a video of her performing for the “In the Office” series here. Watch James Callahan and Royal Hell talk about the Killcode show and their history in the music scene as well as the future of Camp Rattler in Episode 61 of the NEPA Scene Podcast: 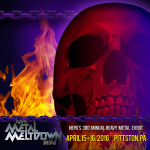 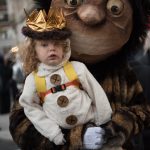