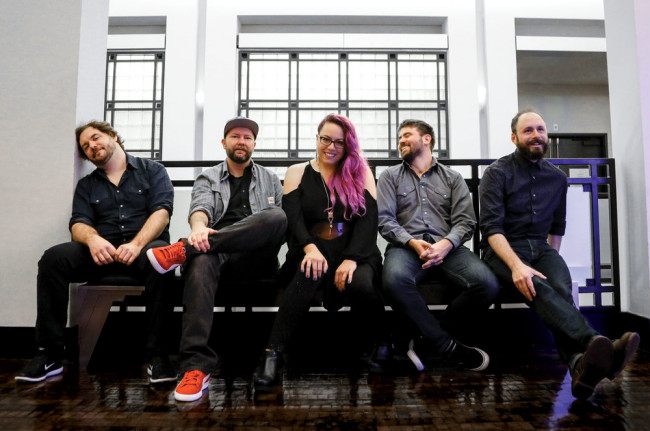 The Mauch Chunk Opera House in Jim Thorpe will present its first-ever Hump Day Party on Wednesday, June 20 at 7 p.m. with the progressive folk pop music of Front Country.

Known for their live appearances at the Telluride Bluegrass Festival, Merlefest, Rockygrass, Wintergrass, Bristol Rhythm and Roots Festival, Anchorage Folk Fest, La Roche Bluegrass Festival, and many other festivals, the band is performing for free – all that’s needed is a ticket to comply with local ordinances.

Front Country’s dynamic instrumental textures take flight with grace and gravitas while rooted in the relentlessly soulful vocals of lead singer/songwriter Melody Walker. Along with mandolinist Adam Roszkiewicz, guitarist Jacob Groopman, violinist Leif Karlstrom, and bassist Jeremy Darrow, this quintet has been called “passionately intoxicating” and “orchestral,” and Melody’s bluesy vocals have been described as “rafter-shaking.”

An acoustic band born in the land of tech innovation, Front Country was unlikely to be accepted as an authentic American roots band out of the gate. Cutting their teeth in progressive bluegrass jams in San Francisco’s Mission District and rehearsing across the bay in Oakland, they fashioned their own take on roots music and indie folk with the tools they had on hand. A mandolinist with a degree in composition and classical guitar. A guitarist trained in rock and world music. A bassist equally versed in jazz and newgrass. A violinist with technique that could seamlessly hop between honky tonk and electropop. And a female lead singer with grit and soul who was also a multi-instrumentalist and songwriter. In a wood-paneled country dive bar in the shadow of the San Francisco skyline, Front Country forged a sound hellbent on merging the musical past with the future. The result lies somewhere between indie folk and Americana, in a nether-region they’ve come to embrace as their own.

This West Coast outfit was just a group of friends playing a monthly gig until 2012 and 2013, when Front Country gathered around a single microphone at the RockyGrass and Telluride festivals and won first prize in those prestigious band contests that once launched the careers of the Dixie Chicks, Greensky Bluegrass, and the Steep Canyon Rangers. The contest wins bolstered their confidence in their unique mix of original songwriting, vocal harmonies, and instrumental virtuosity, steeling their resolve to take a leap of faith and become a full-time touring band.

With the release of their debut full-length album, “Sake of the Sound,” in 2014, Front Country began the nose-grinding work of making their name as a national touring act. Still based in the San Francisco Bay Area, they would trek the 6,000+ mile circle around the U.S. for months at a time, introducing themselves for the first time to every room that would have them. Thanks to the glow of their contest wins, festivals around the United States caught wind and invited them to play for their large audiences, giving Front Country a crucial first break. Old Settlers in Austin, MerleFest in North Carolina, Wintergrass in Seattle, Strawberry in California, and Grey Fox in New York all took a chance on the promising new band and solidified Front Country’s hold on the imagination of progressive-leaning acoustic music fans.

Front Country’s sophomore release, “Other Love Songs,” is their roots pop opus, a graduation from mere concept to a high-speed rail line traveling at breakneck speed, with the listener able to walk to the back of the train and look out at a distant but constant glimmer of the past. While their ultimate goal is musical space exploration, the technology of Front Country’s sound has evolved significantly in their few short years as a band, all while maintaining a tool kit of wooden string band instruments. Like a carpenter building a rocket ship, there is a whimsy to Front Country’s perspective that takes an active, imaginative listener to appreciate. It’s not a sound based on current trends of what any mainstream audience has asked for – it is a new perspective looking to find a new audience. Creating one’s own audience from the ground up is never an easy path, but if successful, several decades later, the reward is worth the risk and the journey is its own reward. 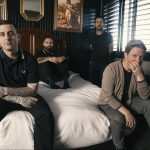