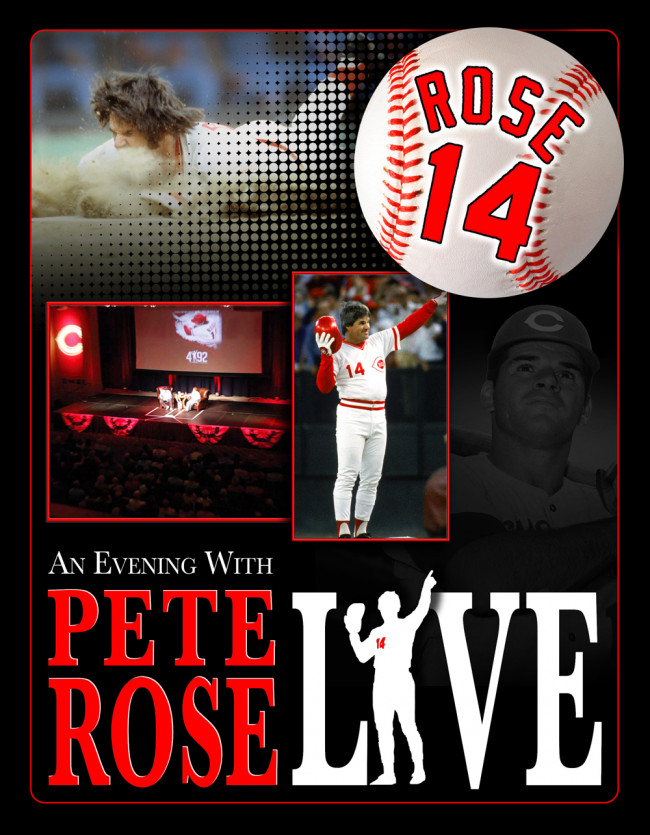 The multimedia event featuring the baseball legend who played for the Philadelphia Phillies, the Cincinnati Reds, and the Montreal Expos will be presented by ESPN Radio.

“4,192: An Evening with Pete Rose Live” is a Broadway-style theatrical event that captures the golden years of America’s pastime. Baseball’s hit king Pete Rose shares stories of baseball’s past as only he can.

This production uses hi-tech multimedia that creates a game day atmosphere. The stage will be transformed into a field of memories, and the audience will be transported to the golden era of baseball.

Known as “Charlie Hustle” for his hard-charging style, Rose became one of the greatest players in the history of professional baseball and retired as the all-time leader in hits, games, and at-bats.

In 1989, Rose’s last year as a manager and three years after retiring as a player, he was penalized with permanent ineligibility from baseball amidst accusations that he gambled on baseball games while he played for and managed the Reds; the charges of wrongdoing included claims that he bet on his own team. In 1991, the Baseball Hall of Fame formally voted to ban those on the “permanently ineligible” list from induction. After years of public denial, Rose admitted in 2004 that he bet on baseball and on the Reds. The issue of his possible reinstatement and election to the Hall of Fame remains contentious throughout baseball.