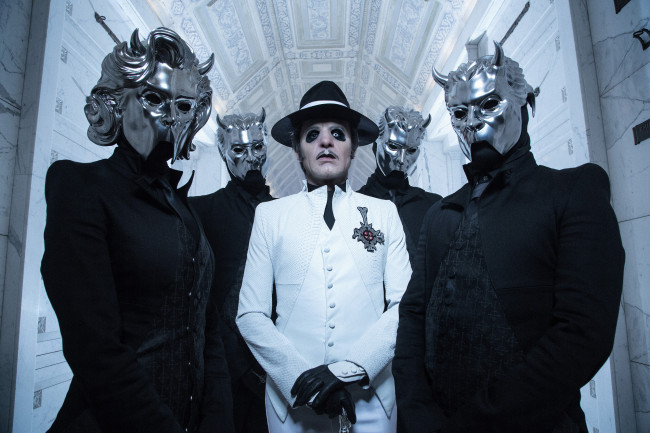 It was announced today that Grammy Award-winning Swedish heavy metal band Ghost will bring A Pale Tour Named Death to the F.M. Kirby Center in Wilkes-Barre on Wednesday, Dec. 5 at 8 p.m.

Formed in 2006, Ghost fans went along for the ride for years not knowing for certain who was behind the anonymous band. That is until Tobias Forge recently revealed himself as the man behind the madness.

For the theatrical rock band, each album is more like a film release than a record release. In addition to serving as director, Forge conceives the role of every character and oversees everything from the screenplay to video to wardrobe design to artwork to cinematography to soundtrack.

In an interesting twist in Ghost’s saga, Cardinal Copia has been appointed to take over vocal duties for its latest psalm. Ghost’s new album, “Prequelle,” lyrically delves into the plague, the apocalypse, and dark ages. Released earlier this month, the entire body of work is also a snapshot of the world in which we live in on a daily basis, brought to life through an emotive, enlightening, and riveting body of songs.

“Prequelle” follows Ghost’s third studio album, “Meliora,” and its accompanying EP “Popestar,” which elevated the Swedish rock band into the pantheon of the greatest rock bands on Earth and resulted in a Grammy Award for Best Metal Performance.

“Meliora” debuted at No. 1 at Independent Retail, No. 2 at Rock, and in the Top 10 on Billboard’s Top 200 Album Chart, selling more than a quarter-million copies globally. The band made their network television debut performing the album’s lead single “Cirice” on CBS’s “The Late Show with Stephen Colbert.”

“Popestar” debuted at the No. 1 position on Billboard’s Top Rock Albums and Hard Rock Albums charts and produced an Active Rock chart topper with “Square Hammer.”

Despite their studio success, Ghost is one band that you should not miss live. Their concerts are not simply events to watch – they are mind-blowing experiences that one will not soon forget.

See NEPA Scene’s photos of Ghost performing with The Shrine in Stroudsburg back in 2016 here. 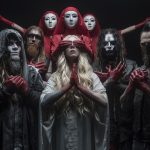