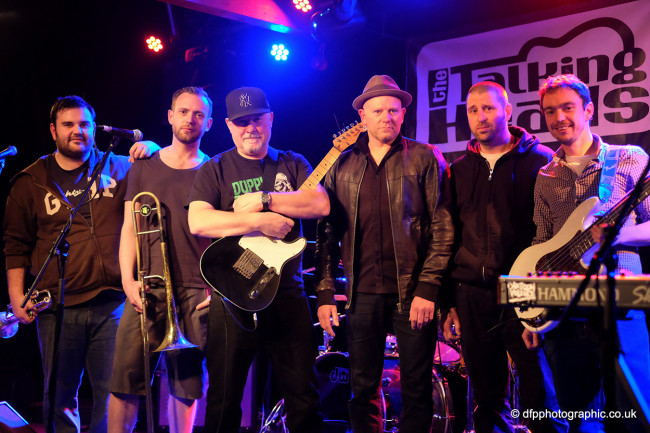 One of the original third-wave ska bands, The Toasters, will headline a night of ska punk music at the River Street Jazz Cafe in Plains on Saturday, June 16 with The Ladrones, Sgt. Scagnetti, Disposable, and Bunchajerks.

The Toasters last played in Luzerne County at the F.M. Kirby Center in Wilkes-Barre in 2016. Sgt. Scagnetti will return to Northeastern Pennsylvania for the first time since 1999.

“Please come prepared to participate,” Sgt. Scagnetti wrote in the Facebook event page. “PA, it has been too long. Let’s rekindle the magic and snuggle soon, yeah?”

The Toasters are “ska pioneers” (Billboard magazine) and boldly go where no ska band has gone before. Having been compared to the Ramones due to their longevity and adherence to core principles, The Toasters are held up as one of most influential ska bands out there. Their lean, mean ska machine has galvanized audiences and musicians alike with their embrace of the Jamaica-born pop music style that overwhelmed England in the 1960s, migrated to America in the early ’80s, and went global in the ’90s. The hallmark Toasters sound sits at the nexus of reggae, jazz, punk, and soul and is the musical equivalent of a brass knuckle-duster.

Formed in New York City by British guitarist/frontman Rob “Bucket” Hingley in 1981, The Toasters exploded onto the Lower East Side scene. Cutting their teeth with a residency at legendary clubs like CBGB and Danceteria, the band has defied gravity and industry skeptics alike by staying true to their original two-tone ska roots while logging over 4,000 globe-trotting live appearances.

As the founder of Megalith Records (and former boss of the legendary Moon Ska Records, the most influential ska label of the 1990s), the Toasters’ leader, Hingley, has a ska resume that trumps virtually anyone else in the business. With the aid and support of like-minded musicians such as producer Joe Jackson, who has worked with the band over the years, he has been able to compile a recorded legacy and a songwriting catalog. “Weekend in L.A.,” “Matt Davis,” “2-Tone Army,” “Social Security,” and “Dub 56” are among the many ska classics Hingley has penned, and the list goes on and on.

In the commercial realm, the Toasters have recorded jingles for AOL, Cisco Systems, Miller, Anheuser-Busch, and Coca-Cola and have contributed to movie and television scores (“Bleached,” “Bang!,” MTV’s “Wildboyz,” “Mission Hill,” Nickelodeon’s “Kablam!,” Showtime’s ‘Brotherhood,” etc.). Where Bucket and The Toasters truly excel and live up to their reputation as one of the greatest bands of all time, however, is on the road, averaging more than 200 performances a year.

Toasters fans from all over the world have known for a long time that their favourite ska band is the coolest group around, a true classic with nine studio albums on labels such as Moon Ska Records, Megalith Records, Celluloid, Stomp Records, Caroline Distribution, and Skaloid. Now it’s time for everyone else to catch up and get hip to The Toasters.

The Ladrones are an eight-piece NYC-based band that fuses the sounds of punk, ska, metal, jazz, and Latin rhythms. Established in 2006, they have played in venues such as B.B. King, the Highline Ballroom, Stage 48, The Continental, the Knitting Factory, Arlene’s Grocery, D’Antigua, Crash Mansion, and the El Rey Ballroom, among many others.

Hailing from Connecticut, Sgt. Scag (a.k.a. Sgt. Scagnetti) was a fixture on the Northeast ska/punk scene in the late ’90s. Migrating from a ska pop outfit into a harder, more frantic sound, the band’s live shows were unpredictable and fun. They would arm the audience with hundreds of plastic toy swords, split them in half, and have the crowd reenact a scene from “Braveheart.” The Hartford Courant called them a “surefire crowd slayer.”

Songs about dysfunctional parenting, revenge fantasies, and drug abuse developed into teen center anthems. After an 18-year break (with a reunion show or two thrown in along the way), Sgt. Scagnetti is back – not for a reunion show, but actively writing and recording new material about the drug of nostalgia, illegal firework salesmen, and trust fund baby bands. Don’t worry – they will play the old stuff too. 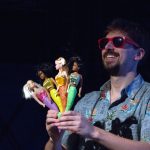