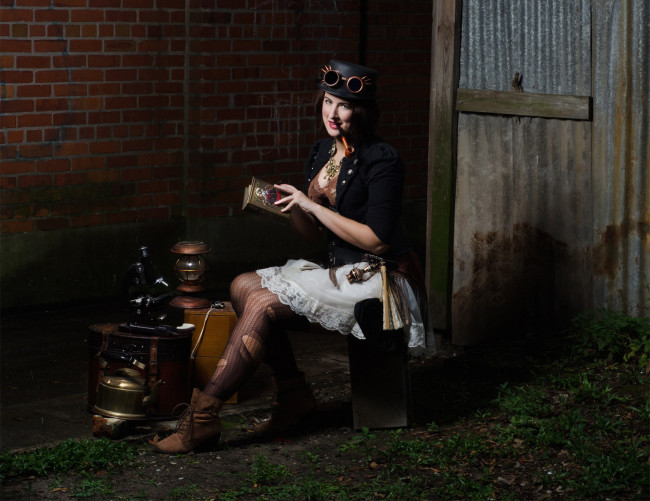 Travel back to a fictional yet fashionable timeline when The Cooperage in Honesdale hosts its annual Steampunk Ball on Friday, July 20 at 7:30 p.m.

Enjoy a night of live music by the Whiskey Killers as well as a cash bar with cocktails by Lang Beverage Company in Nanticoke and beer by Here & Now Brewing Company in Honesdale.

Wear a steampunk-inspired costume and get in for only $10. If costumes aren’t your forte, the suggested donation is $15 per person. Doors at The Cooperage (1030 Main St., Honesdale) open at 7 p.m.

The Whiskey Killers, who recently appeared at the Honesdale Roots & Rhythm Festival, bring high-energy roots music to audiences throughout the country. The band formed in Brooklyn and has been making its mark in New York City with revelrous live performances of country, blues, Tejano, Chicano, and rock music.

With one half of the band hailing from Pennsylvania and the other half from New Mexico and Virginia, the group brings the Northeast and Southwest together to create a sound that can only be described as American roots.

Steampunk is a subgenre of science fiction or science fantasy that incorporates technology and aesthetic designs inspired by 19th-century industrial steam-powered machinery. Although its literary origins are sometimes associated with the cyberpunk genre, steampunk works are often set in an alternative history of the 19th century’s British Victorian era or the American “Wild West” in a future during which steam power has maintained mainstream usage or in a fantasy world that similarly employs steam power.

Steampunk most recognizably features anachronistic technologies or retro-futuristic inventions as people in the 19th century might have envisioned them and is likewise rooted in the era’s perspective on fashion, culture, architectural style, and art.

The Cooperage is operated by The Cooperage Project, a nonprofit organization whose objective is to cultivate social awareness and foster civic engagement in Honesdale through a wide range of activities and events in order to build a strong and vibrant community. This event is sponsored by Top Notch Distributors, Eye Spy Media, and Wally Life with support from the Greater Honesdale Partnership and the Zipper Junction Project.