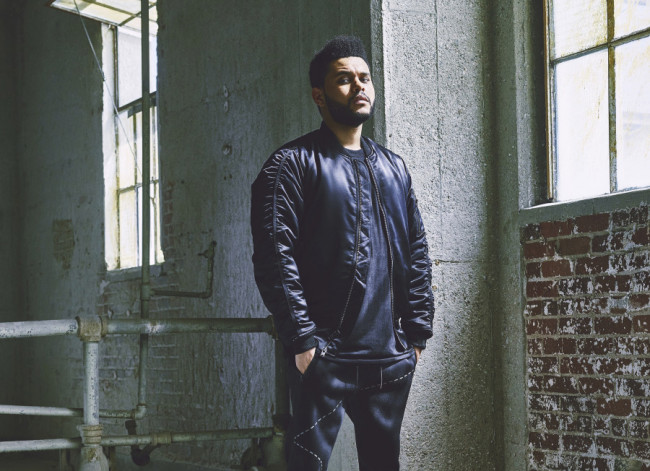 For the fifth consecutive year, MSNBC and Comcast NBCUniversal will air a live simulcast of the festival on MSNBC, produced by Emmy Award-winning producer Ken Ehrlich (Grammy Awards), and for the seventh consecutive year, iHeartMedia has been named the exclusive audio media partner and will broadcast live from Central Park on over 150 radio stations across the United States and streamed on the iHeartRadio app. The festival will also be live streamed on YouTube and Twitter, presented by Johnson & Johnson.

The 2018 festival will serve as a platform from which millions of Global Citizens around the world will demand that world leaders fulfill their obligation to achieve the UN Global Goals for Sustainable Development and end extreme poverty by 2030.

Global Citizens can earn their admission to the free-ticketed festival by joining the movement at glblctzn.me/nyc2018 and downloading the Global Citizen app. Open the app on or after Aug. 7 and start taking actions to earn “festival points.” These actions include sending tweets and e-mails or making phone calls to leaders, asking them to make commitments on our issues. Once fans have earned enough points by taking action, they will be eligible to enter into a draw for a free pair of tickets to the Global Citizen Festival. Ticket drawing will occur throughout the summer, and fans will be notified by Global Citizen when they have been selected.

VIP tickets, which are $99 and $150, can be purchased now through Ticketmaster.

Building off momentum by activists and students from across the globe, Global Citizens and music fans will stand together to call on world leaders to uphold their responsibilities towards improving the quality of health care and nutrition that women receive during adolescence and childbirth; ensuring girls do not marry before they are ready; reducing, reusing, and recycling plastic waste worldwide; ending the criminalization of poverty; providing quality education for all; and ensuring the United States fully funds its foreign aid budget.

Coinciding with the annual UN General Assembly meetings, this year’s festival is a continuation of Global Citizen’s “Mandela 100” campaign, a series of global events honoring the life and legacy of Nelson Mandela in his centenary year.

Hugh Evans, CEO of Global Citizen, said, “In 2018, it is more important than ever for Global Citizens here in the United States and around the world to demand their voices be heard – through activism and at the polls – so that we can continue progress towards a world free from needless suffering and want. We are truly grateful to have such incredible artists, hosts, and partners standing with us in a moment of history so pivotal in our fight to achieve the global goals and end extreme poverty.”

“We’re incredibly proud to take our support of Global Citizen Festival to the next level as presenting partner,” said Jennifer Breithaupt, Global Consumer CMO of Citi. “As a global bank that is committed to welcoming what’s next, we look forward to helping bring together citizens around the world to stand for issues that matter most and foster meaningful change.”

The Weeknd said, “It is invaluable to be in a position where I can use my voice to help the millions of people in need. I am honored to align myself with Global Citizen in the fight to end world poverty.”

Shawn Mendes said, “I’m so excited to be a part of the Global Citizen movement. It’s an honor to be able to use my platform and music to help those in the world who need it most.”

John Legend said, “I’m proud to be supporting Global Citizen again to help focus people’s energy and attention on the issues that matter. I believe we need to look at human beings across the world as our brothers and sisters and do everything we can do to end extreme poverty to make life more livable. We are more powerful when we come together like this.”

Hugh Jackman and Deborra-lee Furness said, “We are thrilled to be returning for this year’s Global Citizen Festival. It is important that we continue to work towards ending extreme poverty. On September 29, tens of thousands of Global Citizens will come together to celebrate being a part of this movement and the impact of their actions, and we cannot wait to be a part of it.”

Cynthia Erivo said, “I am thrilled to join the millions of Global Citizens who are helping to make our world a better place. By joining together to make our voices heard, we can make a meaningful difference in the lives of the world’s poor.”

Forest Whitaker said, “This year, it’s more important than ever that we bring attention to extreme poverty and ask our leaders to take action. I can’t wait to see what we can accomplish at this year’s Global Citizen Festival.”

Gus Kenworthy said, “I believe that if we all speak up and do our part, we can accomplish great things for the world’s poor. I’m excited to support Global Citizen and join a movement that will help put an end to extreme poverty.”

Kal Penn said, “Our voices remain potent and powerful. It is critical that we reject the culture of fear and cynicism and instead lift up those among us who need our help. That is why I continue to be a proud supporter of Global Citizen and believe that together we can end world poverty.”

Rachel Brosnahan said, “Global Citizen is about creating a movement and bringing attention to the difficult choices people living in extreme poverty have to face every day. I’m so happy to be back for another year of supporting this organization that unites people all over the world to tackle some of the world’s biggest issues.”

Specific goals for the 2018 Global Citizen Festival campaigns include:

The 2018 Global Citizen Festival will be presented for the first time by Citi. The leading global bank has been a proud partner of the festival since its inception. Live Nation returns for the third consecutive year as a production partner. Proud partners of the 2018 Global Citizen Festival include Global Citizen’s global health partner and major partner Johnson & Johnson and major partners P&G, Chime for Change (founded by Gucci), Verizon, House of Mandela, and NYC Parks. Associate partners include Microsoft, Great Big Story, and One Championship.