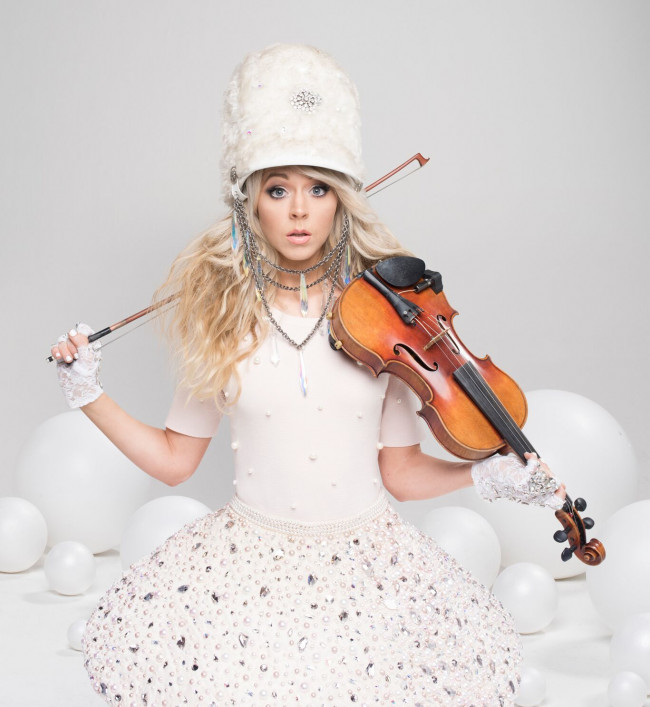 It was announced today that violinist and YouTube sensation Lindsey Stirling will help ring in the holiday season by bringing The Wanderland Tour to the F.M. Kirby Center in Wilkes-Barre on Monday, Dec. 17 at 8 p.m.

Lindsey Stirling remains fearless enough to always dream big. Since the release of her 2012 self-titled debut, the electronic music impresario, violinist, dancer, and artist has quietly and humbly become one of the 21st century’s most innovative stars by clinging to her groundbreaking vision of cinematic, violin-driven electronic music.

Attracting over 10 million subscribers and two billion-plus views on YouTube, in 2015 Forbes placed Stirling at No. 4 on its yearly YouTube artists list, making her the highest-ranked female. Her headlining tours would play to a cumulative audience of over 500,000 people worldwide, and her literary debut “The Only Pirate at the Party” – co-written with her sister, Brook S. Passey – became a New York Times Bestseller.

Last year, Stirling released her first-ever holiday album titled “Warmer in the Winter.” Featuring classic and original songs, it went on to become the No. 1 new Christmas album of 2017, ahead of pop music heavyweights such as Gwen Stefani and Sia.

It was also the bestselling new holiday album and the best-performing holiday album on Pandora with more than 40 million spins. Stirling is re-releasing her top-selling Christmas album this year with a few new songs as well as some Christmas classics.

She was also the runner-up on Season 25 of ABC’s hit show “Dancing with the Stars” with her partner Mark Ballas and is currently wrapping up a national tour with Evanescence accompanied by a full orchestra.