A new exhibition commemorating the private life and public trajectory of President John F. Kennedy will be on view at the Everhart Museum of Natural History, Science, and Art in Scranton on Friday, Sept. 28 through Monday, Dec. 31, with a reception and tour on Wednesday, Oct. 10 that includes an appearance by Kennedy’s nephew, Stephen Kennedy Smith.

The exhibition, titled “American Visionary: John F. Kennedy’s Life and Times,” features one of the most researched collections of Kennedy photos ever assembled, bringing together images from the John F. Kennedy Presidential Library, the John F. Kennedy Library Foundation, Getty Images, private collections, and the Kennedy family archives that capture public and private moments from Kennedy’s life. Some of the photographs on display are iconic; others have never before been published.

The Everhart Museum’s presentation of “American Visionary” is part of the John F. Kennedy Presidential Library and Museum’s year-long, nationwide celebration that commemorates Kennedy’s centennial year. Also currently on view at the Smithsonian American Art Museum in Washington, D.C., through September 17, the exhibition will travel extensively across the United States in the coming years. Based on the book “JFK: A Vision for America” by Stephen Kennedy Smith and Douglas Brinkley published last year, the exhibit is organized and curated by Lawrence Schiller of Wiener Schiller Productions and Marilyn Satin Kushner, curator and head of the Department of Prints, Photographs, and Architectural Collections at the New York Historical Society.

“We are honored to commemorate the centennial of John F. Kennedy’s birth with this exhibition,” said Aurore Giguet, executive director of the Everhart Museum. “A visionary leader and an American icon, President Kennedy left an indelible imprint on our sense of what and how an American president should be. This exhibition gives us a glimpse into President Kennedy’s private life and political career, making it unique and uniquely suited for contemporary debate and discussion of American leadership.”

Kennedy’s administration coincided with a golden age of photojournalism in America. No single politician was photographed more than Kennedy – from his first congressional bid as a decorated war hero in 1946 and his fairy tale wedding to Jacqueline Bouvier in 1953 to his run for the White House in 1960 and the tragedy of his death in Dallas in 1963. Documentary photographers such as Ed Clark, Lisl Steiner, Ralph Crane, Philippe Halsman, Ted Spiegel Jacques Lowe, Lawrence Schiller, Steve Schapiro, and Sam Vestal captured the optimism and challenges of the early 1960s in some of the finest and most vivid images of the period.

Highlights of “American Visionary” include images from Kennedy’s private life, such as a 1953 photo booth snapshot of the Kennedy newlyweds, possibly taken on their honeymoon, and a candid 1958 photograph by Ed Clark of Kennedy playing with his baby daughter Caroline in her bassinet. Images of Kennedy the politician include a 1957 portrait when he served as a Massachusetts senator by Philippe Halsman, a 1960 photograph of Kennedy drawing an unintended audience of young people peering through the window as he prepares for a presidential campaign speech in Baltimore, and a 1961 photograph of the First Couple and others heading to Kennedy’s inauguration ceremony, with the White House blanketed in snow.

Also featured are unforgettable images such as Jacques Lowe’s 1961 photograph of Kennedy standing hunched over his desk in the Oval Office in an effort to alleviate the pain from his problem back and a haunting photograph of the shattered First Lady departing the White House on the day of Kennedy’s state funeral in 1963, captured by I.C. Rapoport as a brief glimpse through the crowd.

“John F. Kennedy is still seen as a symbol around the world, representing and espousing the best and most universal elements of the American character,” said Stephen Kennedy Smith, Kennedy’s nephew and co-editor of “JFK: A Vision for America.” “It is our hope that the compelling images of President Kennedy’s life and work on view in this exhibition will remind visitors not only of the values that defined his presidency, but also will introduce him to new audiences and future leaders.”

The book “JFK: A Vision for America” features essays by historians, leading political thinkers, writers, and artists alongside Kennedy’s greatest speeches. It presents Kennedy at his best – thought-provoking, inspiring, eloquent, and wise – on a number of wide-ranging topics, including civil rights, the race to the moon, the environment, immigration, the Cuban Missile Crisis, and more. The book demonstrates the deep relevance of his words today and his lasting power and influence as an American leader and orator. “A Vision for America” is edited by Stephen Kennedy Smith and Douglas Brinkley, professor of history at Rice University; it is published by HarperCollins and will be available for purchase at the Everhart gift shop.

The Everhart Museum will host an exhibition reception and tour on Wednesday, Oct. 10 at 6 p.m. The evening will feature special guest speakers Stephen Kennedy Smith and Lawrence Schiller and will include light refreshments. Reservations are required, and there will not be any tickets sold at the door.

“American Visionary: John F. Kennedy’s Life and Times” is presented by the New York Historical Society and Wiener Schiller Productions in cooperation with the John F. Kennedy Library and Foundation. Generous support for the exhibition has been provided by the Governance Institute and the Blanche and Irving Laurie Foundation. Additional support has been provided by Stephen Kennedy Smith and Getty Images. This exhibition is underwritten by PNC Bank.

The Everhart Museum (1901 Mulberry St., Scranton) was founded in 1908 by Dr. Isaiah Fawkes Everhart, a Scranton physician and businessman with a keen interest in natural history. Located in Scranton’s historic Nay Aug Park, the Everhart is the largest general museum in Northeastern Pennsylvania. For over 100 years, it has delighted the region with an ever-changing selection of exhibitions and programs.

The Everhart is also one of the region’s leading resources for educational and cultural opportunities. Its programs encourage everyone to explore the wonders of the world – from mammoths to mosaics to mallards and masks.

Museum hours are noon-5 p.m. on Mondays, Thursdays, and Fridays; 10 a.m.-5 p.m. on Saturdays, and noon-5 p.m. on Sundays. Regular admission is $7 for adults, $5 for seniors and students, and $3 for children ages 6-12, while museum members and children under 5 are free of charge. 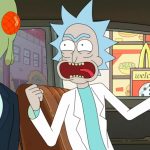