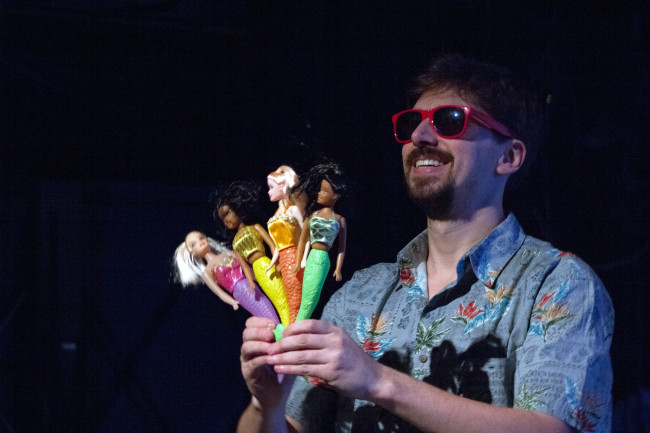 “Fruit of the Sea,” a modern American fish tail and nautical cabaret, is coming from New York City to the Scranton Cultural Center at the Masonic Temple on Thursday, Sept. 27 through Saturday, Sept. 29 as part of the fourth annual Scranton Fringe Festival.

In this show, a pet store clerk discovers she is actually landlocked mer-princess Calamaria, Fruit of the Sea, cursed by a sea witch to endure unimaginable torment – living in Ohio. Along with her sidekick Jimmy the Lobster, she travels to central Florida’s premiere mermaid attraction, Weeki Wachee Springs, to reclaim her tail and save the oceans from Garbage Island. This dark mer-musical comedy features shadow puppets, an anarchist lobster DJ, and a cast of 35 mermaid dolls, but it is not suitable for children under 13.

The show was inspired by @_FloridaMan, a popular Twitter account detailing odd headlines from the Sunshine State, and a trip to Weeki Wachee Springs, America’s premiere mermaid attraction since 1947. Featuring original music and puppetry, this nautical cabaret plumbs the depths of identity and obsession by blending roadside Americana, sea shanties, and the perils of climate change. “Fruit of the Sea” promises a night of campy hijinks, fish puns, and light choreography.

“’Fruit of the Sea’ is superbly executed, with actors who are well up to the task of performing this quirky musical,” wrote DC Metro Theatre Arts.

“Fruit of the Sea” was first presented as part of the PortFringe Festival in Portland, Maine in July of 2015. It subsequently received development residencies with Wolfbane Productions in Appomattox, Virginia and the Barn Arts Collective in Bass Harbor, Maine, both of which culminated in public workshops. Since then, the show has been presented in New York City at Dixon Place in November of 2016 and at BarnFest at Cloud City in January of 2017; in Tampa, Florida at the Tampa Bay Theatre Festival in September of 2017; and in Baltimore, Maryland at the Charm City Fringe Festival in November of 2017.

Rated PG-13, “Fruit of the Sea” runs on Thursday, Sept. 27 at 6 p.m.; Friday, Sept. 28 at 9 p.m.; and Saturday, Sept. 29 at 4 p.m. in the Junior Ballroom of the Scranton Cultural Center (420 N. Washington Ave., Scranton). Tickets, which are $8 for Scranton Fringe Festival button holders and $12 for general admission, are on sale now via Eventbrite. Tickets can also be purchased at the door.

The Scranton Fringe Festival is dedicated to creating a bold and engaging platform for creative and thought-provoking art with minimal risk to artist and audience. Regional as well as touring artists are welcomed to present work with no censorship placed on content or artistic expression while striving to promote Scranton as a viable and creative environment. The Scranton Fringe Festival is held annually across several consecutive days in multiple venues throughout downtown Scranton. Theatre, music, dance, film, comedy, puppetry, and every other sort of performing arts production imaginable are welcomed on the fringe. The festival is kept accessible and affordable for artists (no application fees, comparably small production fees) and audiences (special free programming, affordable tickets, hopper passes, etc.) alike. The 2018 event will take place on Saturday, Sept. 22 through Sunday, Sept. 30 in 13 different venues. 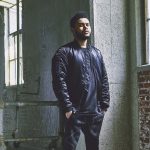 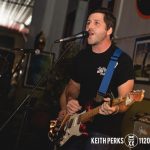