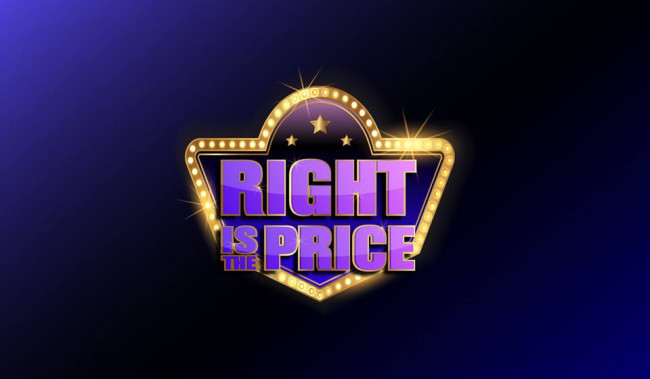 Written by local playwright K.A. Holgate and starring popular local talent, “Right Is the Price” is a funny new show that serves as a throwback to everything you love about game shows in the late ’80s and early ’90s. It will premiere at The Space at Olive in Scranton on Thursday, Sept. 27 through Sunday, Sept. 30 as part of the Scranton Fringe Festival.

“Right Is the Price” brings back the heyday of game shows, combining scripted content with improv and audience participation. The cast and crew of “Right is the Price” are ready for their shot at the big time and filming their first live show for network executives. After having to revamp the show due to an FBI raid of the warehouses and pending court case, the beleaguered host has to take on new backers. Add in his co-host, an ex-showgirl with mafia connections, and an announcer with a serious gambling problem. What could possibly go wrong?

The show is an irreverent homage to classic game shows, tongue-in-cheek banter, and Scranton. It is a fun, lighthearted parody of “The Price is Right,” with a dash of Atlantic City flair and real prizes. People will be excited to hear their name called to “come on down” for their chance to win a fabulous prize.

The cast consists of April Holgate, Billy Joe Herbert, Erik Lutz, Riley Wescott, and Lily Opshinsky. This show is the first to be staged by new playwright K.A. Holgate. The whole cast has experience on community theatre stages around the Scranton and Wilkes-Barre area.

“Right Is the Price” is being produced by the Montrose Movie Theatre; proceeds from the performances will go towards youth arts programming at the theater. There is a lack of youth art programming in Susquehanna County, and the new management at the theater wants to change that with theatre and art classes in the community. This show will help raise the funds to provide low cost and free classes.

A project of Meals on Wheels of NEPA, the recently opened Space at Olive utilizes its vacant space as a meeting, banquet, and support facility for nonprofits throughout Northeastern Pennsylvania. This unique event facility will provide sustaining revenue to Meals on Wheels of NEPA that will help fund its meal delivery programs across the area. By booking an event at The Space at Olive, you are supporting critical programming that not only provides nutritional support for its clients, but also saves lives every day.

The Scranton Fringe Festival is dedicated to creating a bold and engaging platform for creative and thought-provoking art with minimal risk to artist and audience. Regional as well as touring artists are welcomed to present work with no censorship placed on content or artistic expression while striving to promote Scranton as a viable and creative environment. The Scranton Fringe Festival is held annually across several consecutive days in multiple venues throughout downtown Scranton. Theatre, music, dance, film, comedy, puppetry, and every other sort of performing arts production imaginable are welcomed on the fringe. The festival is kept accessible and affordable for artists (no application fees, comparably small production fees) and audiences (special free programming, affordable tickets, hopper passes, etc.) alike. This year’s event will take place on Saturday, Sept. 22 through Sunday, Sept. 30 in 13 different venues.