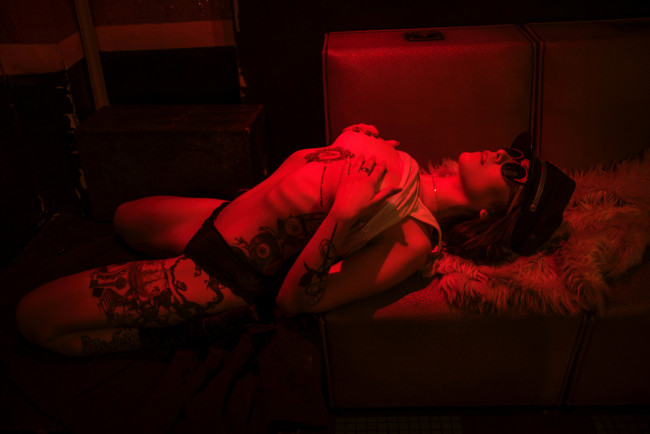 From an exclusive advance press release:

Are you looking for a unique way to celebrate Halloween? On Tuesday, Oct. 30, also known as Mischief Night, the brand new Scranton music venue Stage West that opened last week will be transformed into an exclusive pop-up bar for one night only.

The concept was dreamed up by Josh Balz, owner of The Strange and Unusual Oddities Parlor in Kingston and former member of Scranton metal band Motionless In White.

The dark and sinful corners of the human psyche will be on full display as “Noir Nights” takes over the Electric City’s newest venue from 10 p.m. until 2 a.m. Attendees will be stimulated by a hedonistic evening that will feature themed drink specials, music by DJ Joe Letz of industrial band Combichrist, a guest DJ set by Josh Balz, and a ritualistic gathering of provocative subculture. Organizers invite attendees to dive into the world of the occult and enjoy an evening of sensory overload.

Tickets to Noir Nights at Stage West (301 N. Main Ave., Scranton) are $10, and only 100 advanced tickets are available online via Eventbrite. These tickets will garner guests early access to the event. General admission tickets can also be purchased at the door.

Attendees are required to dress in all black, and no outside photography is permitted at this event. Those interested can follow along at @DarkNoirNights on Instagram. 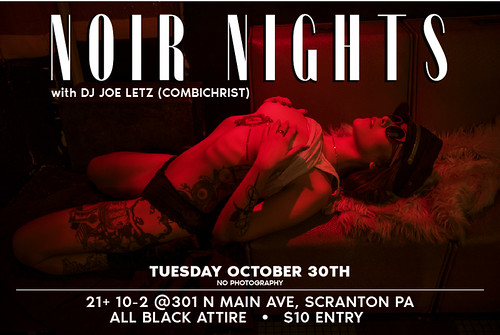 If anyone from Northeastern Pennsylvania has the credentials to host a truly freaky Halloween party, it’s Josh Balz. He is probably best known as the longtime keyboardist of Motionless In White, which he joined in 2006, about a year after the goth metal group was formed. He became an integral part of their sound, adding a layer of synth to their first three albums on Fearless Records and their 2017 Roadrunner Records debut, “Graveyard Shift,” before leaving the band early last year.

In his farewell message to MIW fans, Balz emphasized that “this will not be the the last you see of me in the music industry,” even offering advice to fellow musicians during the panel discussions at the 2018 Electric City Music Conference, so could Noir Nights be his first dip back into that pool? It certainly sounds like something his fans will enjoy.

See NEPA Scene’s photos of Balz performing with MIW at the 2016 Vans Warped Tour in Scranton here. Listen to him talk about branding and touring during the ECMC panels last month below and see photos from the conference here. 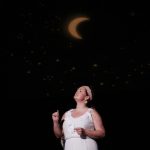