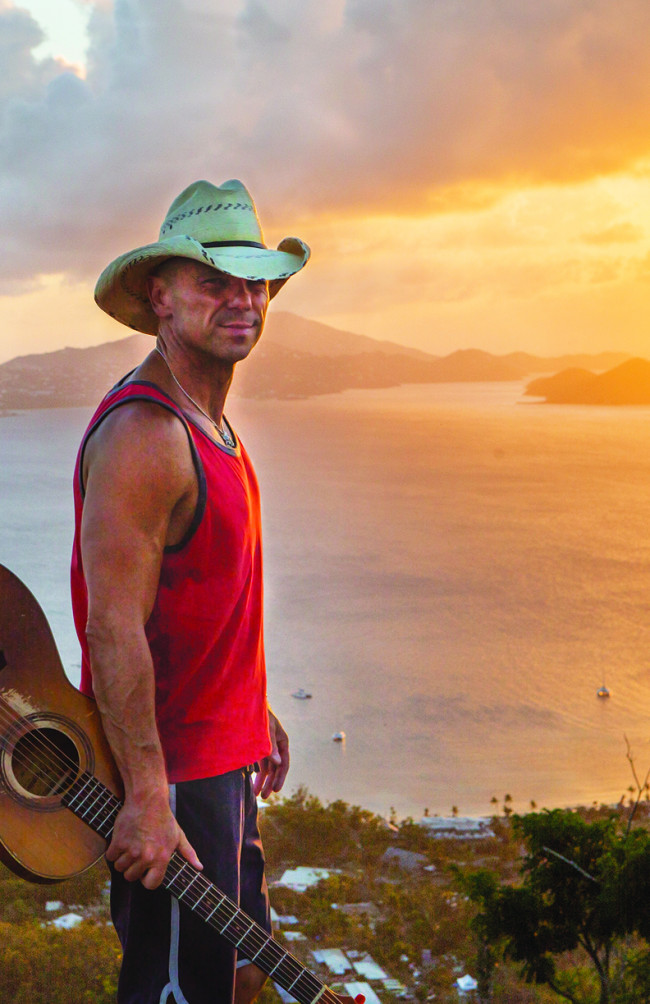 After playing 19 major stadium concerts, breaking 11 records, and playing to over 1.3 million members of his “No Shoes Nation” fan base, chart-topping country music icon Kenny Chesney decided to scale things back, head to where the fans are, and create a more intimate concert experience.

Though known for his high-impact shows, his Songs for the Saints 2019 Tour is going to bring all the energy, all the intensity, and all the hit songs to 19 select markets with special guests David Lee Murphy and Caroline Jones.

Focusing on smaller venues and markets not directly impacted by his massive stadium tours, Kenny Chesney sought to make his Songs for the Saints 2019 Tour mirror the intimacy of its namesake album. Inspired by the resilience of the people around him, Chesney doubles down on the human connection for his 2019 tour by seeking those members of No Shoes Nation who have spent the past decade and a half making the trip to big stadium markets for what is now a summer tradition.

“No Shoes Nation rocked me so hard last summer,” Chesney says of his record-shattering Trip Around the Sun Tour, “and they reminded me how much more these songs become when you play them for the people who live inside them every day. I love everything about the members of No Shoes Nation, so to change things up, I thought, ‘Why not bring the music to them?’”

Setting and often breaking his own records with 2018’s Trip Around the Sun Tour – including over a million fans at Foxborough’s Gillette Stadium and becoming the single biggest seller at New Jersey’s MetLife Stadium – the eight-time Country Music Association and Academy of Country Music Entertainer of the Year took his time deciding how he wanted his next tour to roll out. Having merged amphitheaters with 19 stadiums, it was a blockbuster year. Rather than do more of the same, Chesney decided to do something totally out of the box.

“We know how to do stadiums, and we love the rush of those shows,” allows the man who just notched his 30th No. 1. “But you never want to get to where you take it for granted or you’re so used to it, it’s just what you do. There’s a real intimacy even in arenas that you don’t have in a stadium, and it’s something we’ve not had for a while. To me, it’s a whole other canvas for us – and I’m psyched about it.”

Hailed as “the people’s superstar” by the Los Angeles Times, Chesney will be joined on this tour by good friend and hard country icon David Lee Murphy. Murphy’s feelgood faith in the universe “Everything’s Gonna Be Alright” became his second and Chesney’s 29th No. 1 – and scored the pair the 2018 CMA Award for Musical Event of the Year.

With “Better Boat,” Chesney’s duet with Mindy Smith from the deeply personal “Songs for the Saints” climbing the charts, he is turning his attention back to the fans, the music, and the road. Profiled in the New York Times in early November for his intersective approach to music through sports, the man from East Tennessee believes in the power of music to heal people wherever they are.

“One thing people who’ve been coming to see us know is that every night, I tell people, ‘Whatever your problems are, I want you to leave them out there… and for one night, I want you to forget about it and have the time of your life,’” he explains. “It’s not that we don’t have serious songs, or heartbreak songs, but I want people to feel what they need to feel, sing as loud as they can, and have the kind of night everybody needs to feel the best part of being alive.”

Earlier this year, the New York Times further recognized that power, offering, “Everything country learned from arena rock is in the mix … the music gives him heroic, wide-open spaces,” while the Cleveland Plain Dealer offered, “Chesney makes you feel better, better about yourself, better about life,” and Variety noted that he’s “country music’s only true long-term stadium act.”

“To me, songs are personal. That is until you play them for others. Now when I hear the audience singing along on ‘Noise’ or ‘Get Along’ or ‘American Kids,’ it’s their song every bit as much as it’s mine. They throw so much light and heart on everything, even a sad one like ‘Anything But Mine,’ the songs shine. So for us, getting out there and hearing these songs again just reminds us how powerful they are. And getting to take them to some places we’ve missed, playing some rooms where we can really see all the faces? That’s really awesome, too.”

As the only country artist on Billboard’s “Top 10 Touring Acts of the Last 25 Years,” the Wall Street Journal deemed Chesney “the king of the road.” USA Today hailed, “Chesney’s charisma stretched to the back rows of the stadium.”

The Songs for the Saints 2019 Tour makes good on everything his career has been built on. Having spent 2018 writing and recording “Songs for the Saints,” spearheading island recovery efforts in the U.S. and British Virgin Islands through his Love for Love City Fund, and playing 19 stadiums and 43 dates, his focus has been on how music makes a difference.

“This is the kind of thing you do for passion,” Chesney explains. “To rein things in a bit, change up the way we present the music, I know these songs will show us things they don’t when we’re in those massive stadiums. I never worry about the energy or the passion, but I think the songs are different depending on where you play them. So I’m fired up for 2019.”