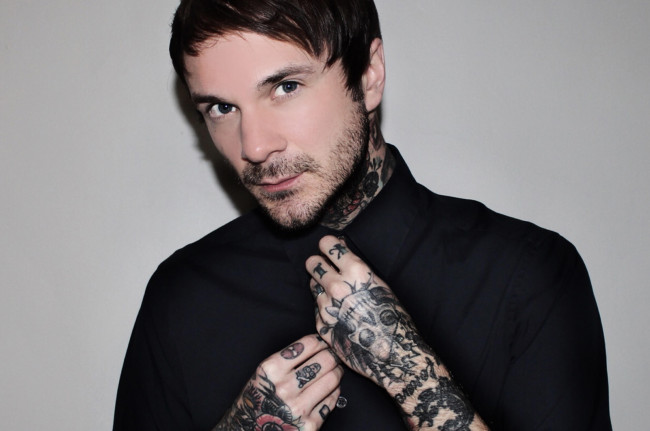 Screaming Infidelities: Emo Night became Stage West’s first sold-out show on Dec. 29, and the DJ duo capitalized on the crowd to announce their next performance. On Saturday, Feb. 2, Emo Night will return to the Scranton music venue, but this time they’re bringing Craig Owens of Chiodos and badXchannels with them.

The local group, who have capitalized on the national trend of “emo nights” since their debut at the 2017 Electric City Music Conference, has seen success with their perfect playlists and big sing-a-longs at multiple venues, selling out both The Bog in Scranton and Senunas’ Bar & Grill in Wilkes-Barre on multiple occasions.

“I really didn’t expect to sell out Stage West, but at 10 p.m., Steve [Masterson, the owner of Stage West] told me we were at capacity. That was a really exciting moment for us for us,” Joe Caviston, one half of Screaming Infidelities, recalled.

The Dec. 29 event also featured a guest DJ set by Josh Balz (owner of The Strange and Unusual Oddities Parlor in Kingston and former member of Scranton metal band Motionless In White) where the music video for My Chemical Romance’s “Helena” was recreated. Balz entered the venue in a sealed coffin and made his way through the crowd hoisted up by six pallbearers holding black umbrellas.

“I really didn’t expect a guy in a coffin to show up on stage,” DJ Hersh, the other half of Screaming Infidelities, explained. “You’re not going to see that at any other emo night.”

The group decided to up the ante and team up with emo legend Craig Owens for their Feb. 2 gig at Stage West (301 N. Main Ave., Scranton). Tickets, which are $12 in advance or $15 at the door, are available online via Eventbrite. The 21+ event starts at 7 p.m.

“Steve from Stage West said, ‘What do you think of teaming up with Craig Owens?’ and we didn’t even hesitate,” Caviston said. “What we’re trying to do, and we believe we’ve been successful at, is build a community around our emo nights. We got many messages after the December event from people who were having a really tough holiday season and told us that the evening really lifted their spirits. That’s what it’s all about.”

Owens is best known as the lead vocalist of post-hardcore band Chiodos, who were regulars on the Vans Warped Tour. He has also been involved in various projects such as Cinematic Sunrise, the Sound of Animals Fighting, Isles & Glaciers, and Destroy Rebuild Until God Shows (D.R.U.G.S.). He currently performs under the stage name badXchannels, an electronic solo project fusing his notable vocal elements with raw emotions cascading alongside his own melodious and softly textured soundscapes.

Owens took some time off after the final breakup of Chiodos in early 2015 to rediscover his muse. In the years since, he moved back home to Detroit and got back to what drew him to music in the first place – the desire to create and shape the music within his soul. Keeping a low profile and recording as badXchannels, he now explores the more experimental side of rhythm-based alternative music, drawing inspiration from a broad swath of music that includes film soundtracks and scores, Kendrick Lamar, and Frank Ocean. Having collaborated with such luminaries as Dr. Dre, D12, Fifty Grand (of TeamSesh), John Feldmann, Casey Bates, Dave Botrill, and received support from underground superstar Bones, Owens leaves no stone unturned, creating music from inspiration rather than record label demands.

“I’ve always sympathized with what is direct, serious, and heartfelt in any art I revel in,” he explained. “As I continue to grow, so does the music I make and the genuine self-expression within it.”

While on the surface, the avant-garde flourishes that color badXchannels’ music may seem a far cry from the ferocious and abrasive rock of Chiodos, embryonic bursts of these artistic bubbles can be heard popping throughout his catalog of work.

“There are similar colors, shapes and shades consistently throughout all of the music that I’ve been a part of,” he noted.