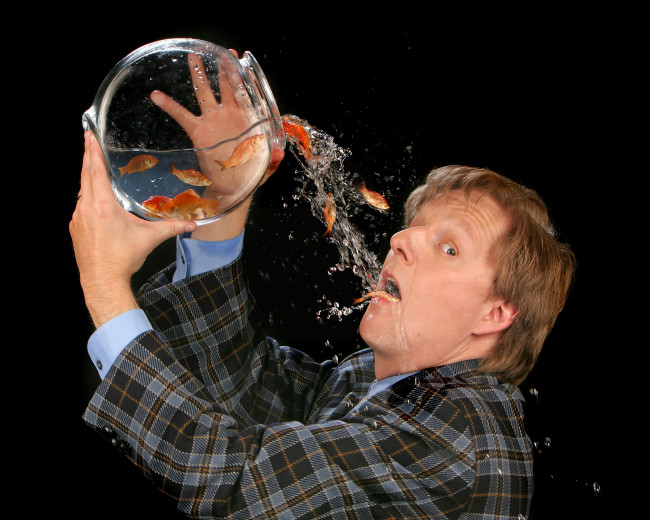 The famous magician Mac King is playing hooky from his long-running comedy magic show in Las Vegas to come to The Theater at North in Scranton for one night only on Saturday, Feb. 16 at 7 p.m.

With a big howdy and a warm smile, Mac King has welcomed millions of audience members during his 19 years of headlining shows at Harrah’s Las Vegas. He captivates afternoon audiences as he casts out fishing lines over their heads and catches live goldfish out of mid-air, performs amazing sleights-of-hand, makes his head completely disappear in a paper bag, and renders himself invisible, all while remaining unbelievably funny.

Because of his quick wit and extensive audience interaction, no two shows are alike. King’s family-friendly show has been such a success over the years that he recently signed a contract to continue providing laughter and magic at Harrah’s through 2023.

Sought after worldwide, King has made television appearances on the “Late Show with David Letterman” and all five of NBC’s “The World’s Greatest Magic” specials – the only performer to appear in every one. He is consistently praised by fellow magicians. In a Wall Street Journal article, Teller of Penn and Teller fame called King “the best comedy magician in Vegas. He’ll fool you with his fantastically original tricks.” And Teller’s more talkative partner Penn called Mac “the best comedy magician at least alive today, and maybe who ever lived” on their TV show “Fool Us.”

Hailed by many as the world’s premier comedy magician and regarded as one of the Top 5 shows in all of Las Vegas for the past 10 years, his numerous accolades include Best Las Vegas Show in the 2012 About.com Reader’s Choice Awards. Las Vegas Review-Journal named his show the Best Bargain Show for 10 straight years, Best Family Attraction in 2012, and Favorite Male Las Vegan in 2008. In 2011, he was deemed Best Strip Headliner in the Las Vegas Weekly’s Best Of Awards. A Guinness World Record holder, King also has been voted as Magic Magazine’s Funniest Act in Magic, the World Magic Awards’ Best Comedy Magician, and the Magic Castle’s Magician of the Year.