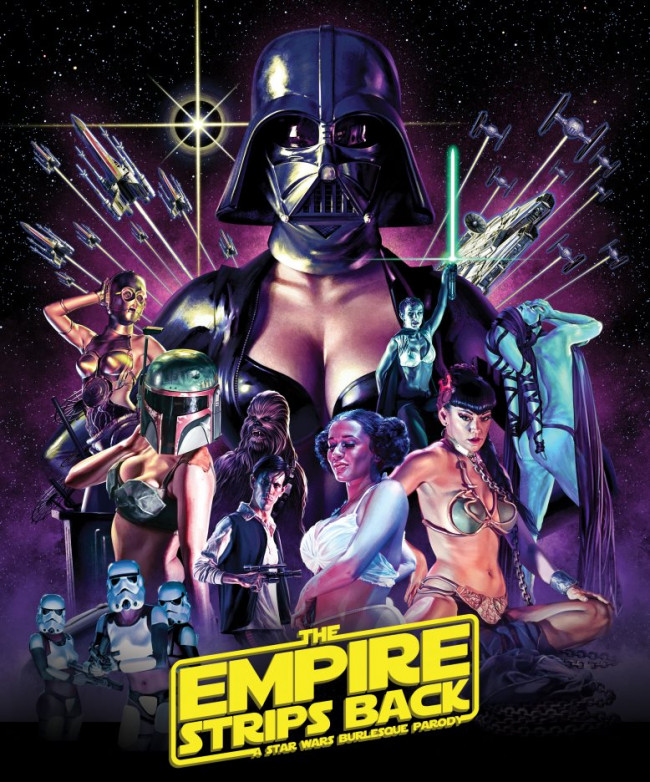 After a sold-out, critically acclaimed tour of the United States, “The Empire Strips Back – A Star Wars Burlesque Parody” returns in 2019 for its largest run of shows ever, including a return to the U.S. and its first time in Canada.

In 2011, Russall S. Beattie created the first run of “Star Wars”-themed burlesque show in Sydney, Australia. It was booked in a 150 capacity room with the expectation that he might get three nights out of it. Those three nights sold out in record time, and the show has since succeeded beyond any expectations with several national tours and complete overhauls of the program.

February of 2016 saw a Huffington Post video article on the show go viral. Its 20 million views in just a few days sparked the interest of many international promoters, so the unofficial parody toured overseas and, after blasting through red tape, came to the U.S. in 2018.

“It’s been a long interesting journey from the little stage we started on to the giant theaters we play now. We never stop developing the show, always trying to make it bigger, better, and reach the standard of quality of the films. The fans are so great, and they deserve it,” Beattie said.

Featuring all of the classic “Star Wars” characters, “The Empire Strips Back – A Burlesque Parody” takes audiences to a galaxy far, far away, creating one of the most unforgettable (and unauthorized) theatrical versions of the beloved franchise. Combining striptease, song and dance, troupe routines, and plenty of humor, audiences are transported into the world of burlesque to celebrate everything “Star Wars”… and the removal of clothing.

The show even created short films and “Wookieerotica,” 114-page tribute to 1970s men’s magazines set in the “Star Wars” universe, containing pictorials, centerfolds, letters to the editor, advertisements, cartoons and, of course, the articles. The book is available now at empirestripsback.com.

This production is not sponsored, endorsed by, or affiliated with Lucasfilm or any of its subsidiaries, affiliated companies, and third-party licensees.