Born in Scranton, Samantha Ruddy has been living in New York City since 2014 and working hard as both a stand-up comedian and comedy writer. It all paid off recently when she made her network television debut on “The Late Show with Stephen Colbert” on CBS.

Recorded late last year in front of a live audience, the six-minute set finally aired on Friday, Jan. 25 in an episode featuring actor John Goodman. She made a funny argument for legalizing weed and talked about why she won’t date a 19-year-old, getting hit on by guys as a lesbian, arguing with her father and talking to him about her relationship, adopting an otter, dressing appropriately, and watching too much Netflix.

“This was such a cool opportunity and I was very excited they let me tell my opening joke on network TV. Kept waiting for it to get cut! Thanks to everybody who’s watched and sent kind words,” Ruddy tweeted the next day.

The 26-year-old Brooklyn comic has been making her mark in the Big Apple, headlining Carolines on Broadway and hosting weekly shows called “Too Many Cooks” at Lucky Jack’s Bar & Lounge. She has performed at the New York Comedy Festival, Women in Comedy Festival, San Francisco Sketchfest, Bridgetown Comedy Festival, Limestone Comedy Festival, Cape Fear Comedy Festival, and the Laugh Your Asheville Off Festival while writing for CollegeHumor, Someecards, Reductress, and The Higgs Weldon.

She started performing stand-up at Syracuse University and joined the award-winning sketch comedy group Humor Whore, which was featured on Yahoo! News, CollegeHumor, and Sports Illustrated. In 2016, Ruddy was named one of “The 50 Funniest People in Brooklyn” by Brooklyn Magazine just a few months after BUST wrote that she’s a comic “you should be obsessed with.”

Ruddy occasionally returns home to perform, emceeing the first Stand Up Comedy Showcase at the Scranton Fringe Festival in 2017. The festival’s Facebook page posted, “We’re so incredibly proud of her and are grateful she shared her talents with us (and hopefully will again)!” soon after her “Colbert” set was uploaded online.

Stay up-to-date on the future shows and appearances of the woman who calls herself “Joe Rogan for women who talk to their cats” and laugh at her witty tweets @samlymatters. 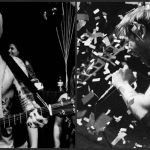