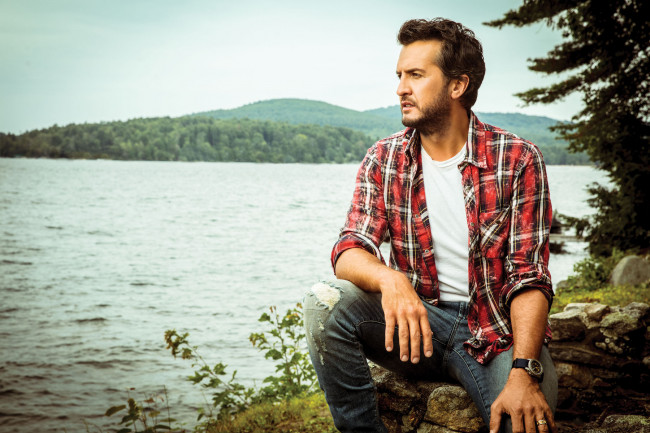 Country music superstar and four-time Entertainer of the Year Luke Bryan has announced his 2019 touring plans. The Sunset Repeat Tour will launch on May 31 in Camden, New Jersey and make a stop at Hersheypark Stadium on Thursday, June 6 at 7 p.m.

In each of the last several years, Bryan’s headlining tours have performed for more than 1.5 million fans. In 2018, he played the most stadium dates in one year and has played 34 career stadium concerts to date.

Luke Bryan is a two-time Academy of Country Music and a two-time Country Music Association Entertainer of the Year, a five-time host of the ACM Awards, a NSAI Artist/Songwriter of the Year, and was named a CMT Artist of the Year for six consecutive years. He has more certified digital singles than any other country artist with 40 million tracks and 12 million albums with three billion music streams.

Bryan has placed 21 singles at No. 1, 11 of which he co-wrote, and has headlined arena tours and sold-out stadiums across the United States and Canada. The RIAA recently added to his multi-platinum success announcing new certifications for “Country Girl (Shake It for Me)” six-times-platinum, “Play It Again” five-times-platinum, and “Do I” now three-times-platinum.

Over the summer, he opened Nashville’s only six-floor entertainment facility in the heart of Music City, Luke’s 32 Bridge Food + Drink. On March 3, Bryan, Katy Perry, and Lionel Richie will return to the judges’ table for their second season of ABC’s “American Idol.”

Cole Swindell, a platinum-selling recording artist and 11-time No. 1 singer/songwriter, released his third album, “All of It,” for Warner Bros. Records/Warner Music Nashville in 2018 and it debuted at No. 1 on the Billboard Country Albums chart and No. 7 on the Billboard Top 200.

The first single “Break Up in the End” became his eigth No. 1 career single as a solo artist. “Break Up in the End” was recently nominated for a Grammy for Best Country Song and was named one of the best country songs of 2018 by Amazon, Spotify, Billboard, and YouTube, among others. Swindell performed the hit single on last summer’s ABC television special CMA Fest and when he headlined the NBC’s Citi Concert Series on “Today.”

The Georgia native debuted his current single, “Love You Too Late,” live on ABC’s “Dancing with the Stars” and performed it in December on “Jimmy Kimmel Live!” The song was included on YouTube’s Best Country Songs of 2018.

Loganville, Georgia singer/songwriter Jon Langston grew up on music like his heroes Alan Jackson and the Eagles. And once multiple concussions ended his Division I football career, he worked to develop his own style and sound while drawing from that variety of influences. In 2013, with the release of his first song, “Forever Girl,” his live shows began to grow and he found himself opening for Chase Rice at Georgia’s Kennesaw State University. It was his first-ever full band show, and when the crowd sang “Forever Girl” along with him, he knew he wanted to pursue a career in music.

Since then, the now 27-year-old Music City resident has not only signed a publishing deal with Sony ATV and is managed by KP Entertainment, but he has fostered his own voice in country music and landed a record deal with Universal Music Group Nashville. Langston is the first artist under Luke Bryan’s new label, 32 Bridge Entertainment, in conjunction with EMI Records Nashville. He recently released his major label debut single “When It Comes to Loving You,” which landed in the Top 5 of the all-genre iTunes chart and has accumulated over nine million streams.

For the past 15 years, DJ Rock has performed for crowds in premiere venues throughout North America and Mexico. As an open format DJ, he is well-versed in all music formats, spinning everything from country to hip-hop to rock to today’s Top 40 hits. He’s worked alongside artists like Luke Bryan, Snoop Dogg, Florida Georgia Line, Gucci Man, John Legend, Jennifer Lopez, Blake Shelton, and more. Rock has also appeared at some of the biggest-selling music festivals, including Off the Rails, Rock the South, Route 91, and Tortuga. He last appeared on Luke Bryan’s What Makes You Country Tour in 2018.

The wristband policy will be in effect for this concert. Fans are permitted on the Hersheypark Entertainment Complex property beginning at 7 a.m. on Feb. 15. Two hours prior to the on-sale, fans will be directed in front of the Giant Center box office, where they will be issued a numbered wristband. Wristbands are available for one hour and, at the conclusion of that hour, a selected fan will randomly choose a wristband that will determine the line order. Once the line is in place, fans arriving after the wristbands were issued will be escorted to the end of the numbered line.

See NEPA Scene’s photos of Luke Bryan performing in Scranton with Little Big Town and Dustin Lynch back in 2016 here.