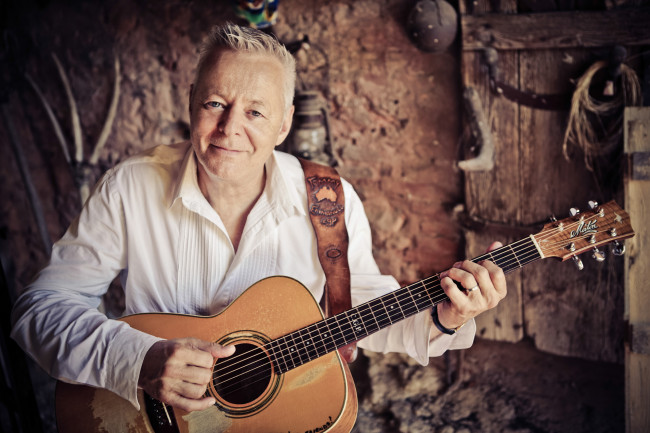 It was announced today that Tommy Emmanuel – considered by many to be the world’s greatest acoustic guitarist – will perform at the F.M. Kirby Center in Wilkes-Barre on Wednesday, July 17 at 7:30 p.m.

Tommy Emmanuel has achieved enough musical milestones to satisfy several lifetimes. Or at least they would if he was the kind of artist who was ever satisfied.

At the age of 6, he was touring regional Australia with his family band. By 30, he was a rock and roll lead guitarist burning up stadiums in Europe. At 44, he became one of five people ever named a Certified Guitar Player by his idol, music icon Chet Atkins.

Today, Emmanuel plays hundreds of sold-out shows every year, from Nashville to Sydney to London. All the while, native Australian has hungered for what’s next.

When you’re widely acknowledged as the international master of the solo acoustic guitar, what’s next is “Accomplice One,” an album of collaborations with some of the finest singers, songwriters and, yes, guitarists alive today – a list including Jason Isbell, Mark Knopfler, Rodney Crowell, Jerry Douglas, Amanda Shires, Ricky Skaggs, J.D. Simo, David Grisman, Bryan Sutton, Suzy Bogguss, and many more.

Since he and his brother Phil taught themselves to play as toddlers, the guitar has been Emmanuel’s real first language – and he’s more articulate on his signature Melbourne-made Maton acoustics than most people are with words.

Influenced by the Merle Travis/Chet Atkins fingerstyle of guitar picking, he developed a style of solo guitar-playing that encompasses the range of a whole band, covering drums, bass, rhythm and lead guitar, and a vocal melody simultaneously.

For many players, the technical mastery of the technique would overwhelm the emotion of the music, but not for Emmanuel. His idols are not just the great players, but also the great pop songwriters and singers – Stevie Wonder, Billy Joel, Paul Simon, The Beatles, and their ilk.

While thousands of fans have spent years trying to unpack and imitate his technique, for him it’s just the delivery system. His approach is always song and emotion first, his music the embodiment of his soulful spirit, sense of hope, and his love for entertaining.

That is not to say that Emmanuel dismisses the CGP, the guitar player awards, the Grammy nominations, or the numerous magazine polls naming him the greatest acoustic guitarist alive. He’s grateful for it all and the incredible journey that’s led him to the most invigorating period of his career – six decades into it.

“When I was a kid, I wanted to be in show business. Now I just want to be in the happiness business. I make music, you get happy. That’s a good job.” 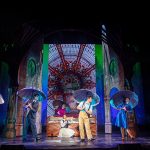 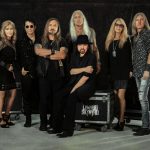